The squash team is excited for our first practice of the season tomorrow night, after a summer filled with internships, jobs, travel, and fun!

We will be holding tryouts in the next week and welcoming new members to the squash team.

Schedule for the year and news of our upcoming fundraisers will be coming soon!

Unfortunately, our 18-19 season has come to and end with Nationals right before spring break! Men played well and fought hard in all of their matches. Women unfortunately did not have the numbers to go, but already can’t wait to return to Nationals next year!

In addition, we have  3 more events this year! We are having 2 fundraisers so that we can travel and compete more in the future. In addition, on April 3rd, BU will have its annual giving day, and we hope that you will consider donating!

On Sunday, October 28, the BU Squash Team volunteered at Bill’s 5K benefitting the Travis Roy Foundation. Travis Roy is a Boston University alum who played for the BU Hockey team. During his first collegiate game, Roy had a freak accident on the ice, colliding with the boards and cracking the fourth vertebra, paralyzing him from the neck down.

(Travis Roy’s story) is a story about America’s love affair with sports and the people who embrace its never-die spirit. Most of all, it is the story of one young man who surrendered to no limits and defied all odds, both before and after the tragedy that ended his game. –E.M. Swift in Eleven Seconds

The Travis Roy Foundation raises money for quadriplegics and paraplegics and to support research for a cure.

The team had a blast directing the runners, handing out waters, and cheering them on at Bill’s 5k. We’re proud to help support the Travis Roy Foundation and be part of his family. 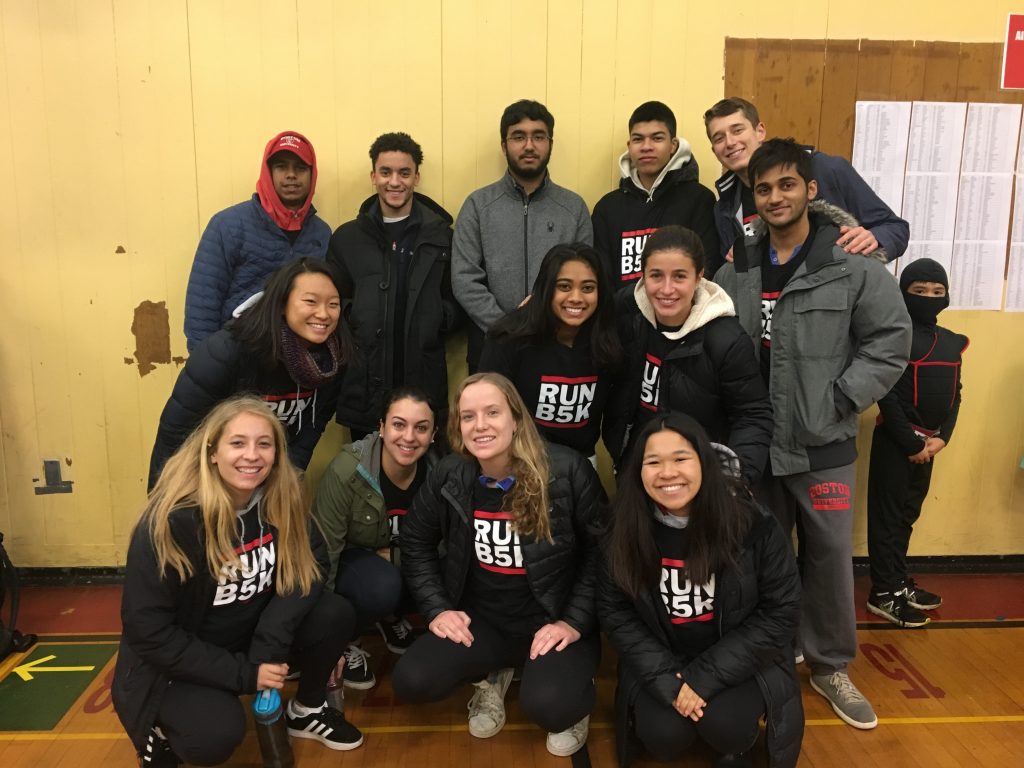 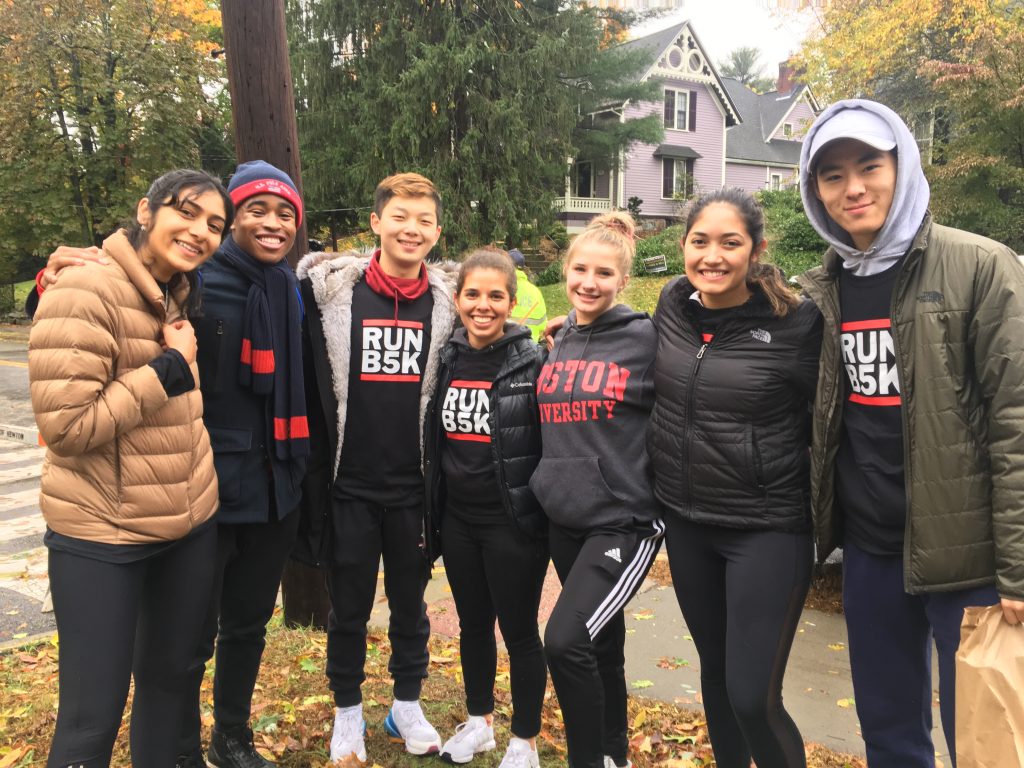 We’ve kicked off our season and we’re excited to see you on the courts. Here’s some updates for our season.

We welcome our new coach, Seth, to the team. He was the original BU Club Squash team Coach and has come back on.

We also want to welcome back to the team, Emmanuel Vieira De Andrade (2019) for his senior year!

We are hyped to play this season and have our squash family continue to grow.

On Friday, January 26 the women traveled across the river to Massachusetts Institute of Technology (MIT) to compete against Middlebury College. While our team succumbed to a tough loss against Middlebury, the women were steadfast in their positivity and eager to use the competition as a way to continue to work on their skills for Nationals which will be held at Harvard University next month. Each woman encouraged her teammates through careful coaching and scoring, further propelling a fierce competitive spirit. Our team would also like to give mention to two of our newest BU women’s squash team members Phoebe Oler and Sarah Stratton! Both women have been great additions to our team and we look forward to seeing even more of their future accomplishments.

The women will be competing again on Sunday, February 4 against Bard College in West Hartford, CT. The match will begin at 10:00 AM at the Kingswood Oxford School squash courts. BU squash seniors and KO alums Katherine Gianni and Molly Rose are looking forward to returning to the courts where they first began playing! If you are in the area please stop by to support our team.

On Tuesday, January 23 the women’s team went head to head with Boston College for their last home match of the season. While the women brought their usual energy, leadership, and charisma both on court and off, it was an especially sentimental night for the seniors. Team president Molly Rose, women’s captains Shelby Bannon and Laura Ferreira-Cesar, Sports Information Director Katherine Gianni and team member Anisha Nawalrai will all be graduating in May 2018, thus leaving behind their collegiate squash experiences in the pursuit of new personal, professional, and academic goals. These women have undoubtedly helped to bolster BU Squash program as they each joined at a time when our team had little to no leverage in the club sports community. Four years later our program has grown exponentially as we are able to compete in rigorous matches around the northeast, against colleges and universities that provide excellent opponents. Our team would like to extend another huge thank you to our seniors – it’s difficult to imagine what BU squash would look like if not for your dedication, commitment, and love. We will miss you all. 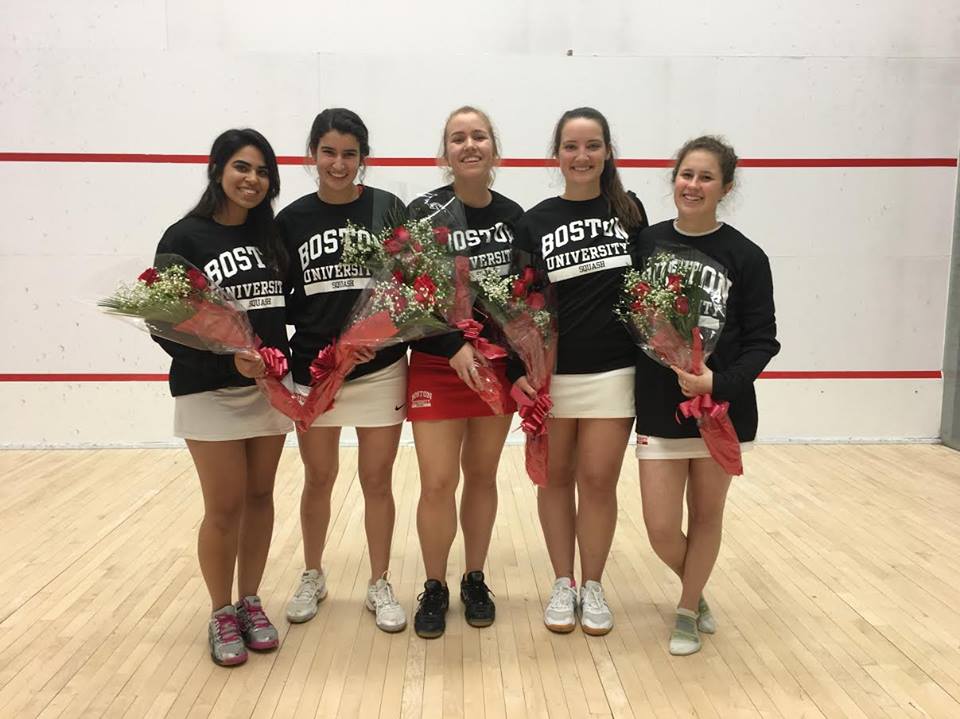 Boston University’s Club Squash Match vs. Conn College with be cancelled on December 9th, 2018. Please advise that there will be no match.

The men succumbed to a 6-3 loss against Northeastern, but played with the same high level of determination and enthusiasm that they have been showcasing all season. Number three seed Parker Tonissi beat his opponent in a rousing five game match (11-4, 7-11, 11-2, 11-5). Men’s co-captain and number four seed Julian Joonsoo Lee also found success in his match, winning in three games (11-5, 11-8, 11-7). Similarly, number seven seed Shrey Shah won in just three games (11-9, 11-8, 11-7), never letting his challenger have the opportunity to gain the upper hand.

The women also saw a tough challenge against Northeastern, ultimately losing 8-1. However, number nine seed Meghana Patnana refused to let up against her opponent; winning her match in three games (11-9, 11-3, 11-7). Her exceptional willpower was inspiring to witness on the court and as a new member of the team this year we hope that she, and all of our other novice players will continue to set the bar high for the future of the program as a whole.

On Saturday, December 9, the women will be playing their last match of the season against Connecticut College. The match begins at 12:00 PM at the courts at the Boston University Fitness and Recreation Center. We hope to see as many people as possible supporting our team, and would like to thank you for all of the encouragement you have given to us thus far this season! 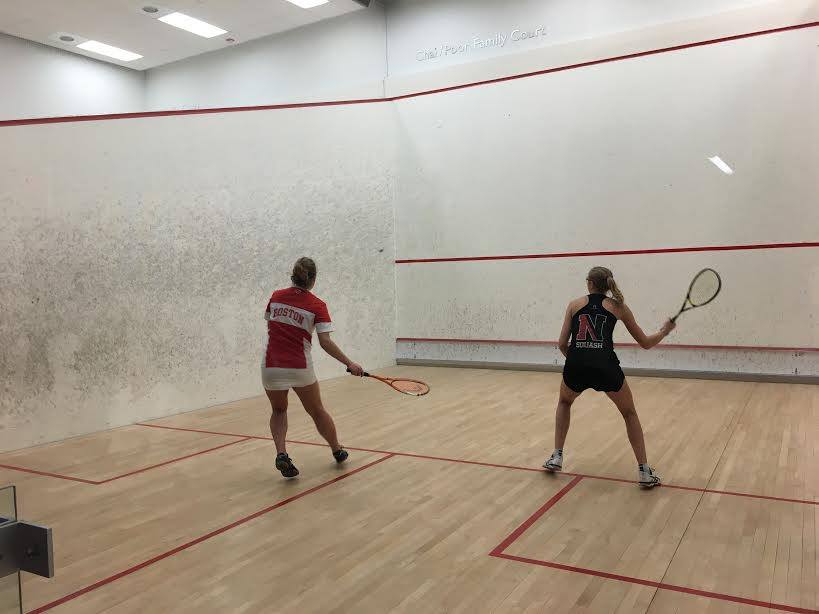 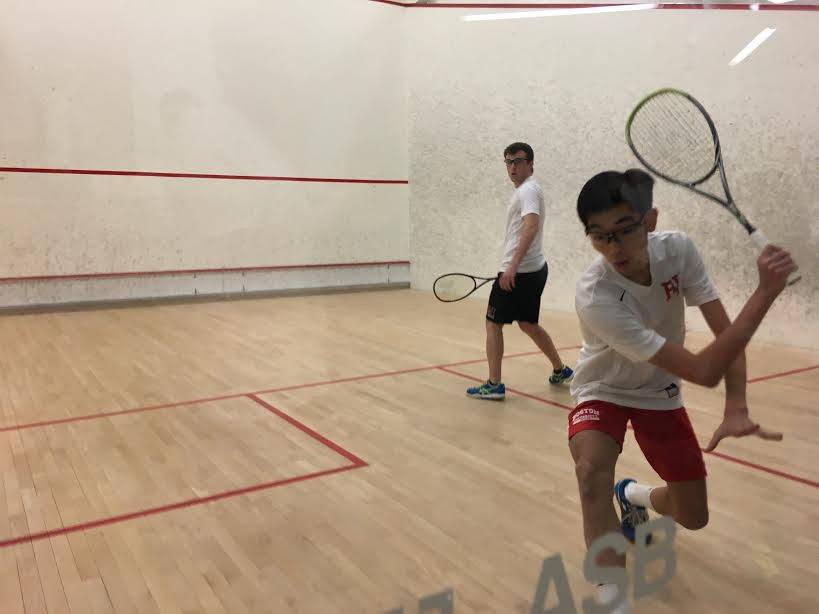 Upcoming weeks: Tomorrow, Nov. 17th, the men and women will be traveling to Amherst College for a 1pm match.