Hello! My name is Jimmy and I’m an FTV senior. If you’re wondering why you didn’t meet me at your fall orientation, it’s because I’m spending the semester abroad in Dublin, Ireland!

While I miss the comforts of Cecilia’s Warren Tower omelettes and slipping and falling on the metal strip on St. Mary’s bridge, choosing to study abroad has been nothing short of AMAZING! Here’s a few things I’ve picked up since arriving here.

Northern Ireland and The Republic of Ireland are two separate countries on one island.

I knew this before traveling abroad, but I didn’t know how touchy it was with the locals.

Quick history lesson: From 1139-1922, the entire island of Ireland was a colony of the British Empire. After war for independence, a civil war, and parliamentary reform, the newly liberated 26 southmost counties of the island went on to form “the Republic of Ireland” (what we just know as “Ireland”) in 1937. Because of a history of Protestant heritage and other political reasons, the 6 north most counties remained under the control of Great Britain and was designated “Northern Ireland.”

There’s a soft border between the two nations so it’s easy to physically move between the two (Belfast is a really cool city to visit!), but there are still a lot of differences in the currency, phone lines, etc.. There is a lot of resentment between the British and the Irish to this day, so don’t get them confused!

English is not the official language of Ireland.

After centuries of English colonial rule, the native Irish Language or Gaelic started to fade away, and only pockets of communities on the West Coast of the Island still spoke it regularly. In order to preserve this tradition, there was a “Gaelic Revival” in the late 19th century during which traditional Irish sports, myths, and were brought back into the mainstream

Since then, Irish language has been taught in primary schools and it was designated the “official language” of the island. Street signs, public transport, and government labels are listed in both Gaelic and English.

Gaelic is a very weird, specific language to pick up. It has much more in common with Russian than English or the Romance languages. But don’t be worried – only 41% of the island speaks Gaelic while 98% speak English.

Cars drive on the other side of the road.

This may not seem like a big deal. I’m not planning to drive a car in Ireland. I barely drive around in Boston.

Wrong. When crossing the street in America, you always look RIGHT first. And you take that for granted. Because when cars drive on the left side of the road, you need to look LEFT to catch them approaching or else you’ll get hit by a car

… I haven’t gotten hit by a car yet. But it was pretty close.

You’re allowed to drink tea any time of day.

This is my favorite thing about Ireland, because I would do this already in the United States but people would ridicule me for it. Now I’m the one ridiculing people!

If you go out to a restaurant for lunch, it’s not uncommon for the waiter to bring a pot of black tea. The Irish drink typically take their tea with milk and sugar, but not too much sugar. It’s very big in the workplace, because the Irish often take longer breaks than Americans.

Get used to reading a 24 hour clock.

I still struggle with this. Every time someone asks me the time at night, I need to do the mental math in my head and subtract twelve. Two months before I booked my flight abroad, I changed the clock on my phone to 24 hours in order to condition myself. But seriously, try and and get acclimated telling time the European way or you’ll accidentally book an Aer Lingus Flight to Paris for 10:00am instead of 10:00pm (or as they say in Europe, 22:00) 🙂

It’s a trope that abroad classes are blow off classes and that’s NOT TRUE! I honestly don’t think I’ve been as excited to learn since I arrived. Ireland has such a rich political and cultural history that’s very well preserved in the bones of the city. All of the classes here are very immersive and hands on – my history and Irish society classes took us on field trips to tie in the curriculum with visits to historical sites in the city of Dublin. We’ve been to museums, prisons, nature hikes, and even got to see a play at The Abbey Theatre among other trips.

The country is beautiful.

It’s really easy to get a great insta pic here because the architecture of the cities is charming and the countryside is beautiful. Here’s a few of my favs: 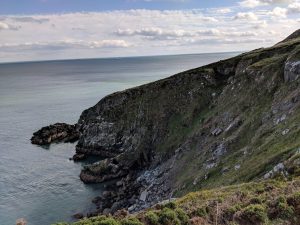 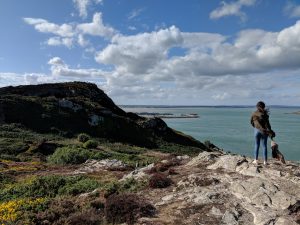 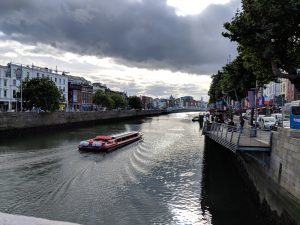 If you have any questions about studying in Dublin, feel free to reach out to me at jbie@bu.edu.