In our media-heavy world, it’s impossible to go a day without a hilarious tweet going viral. Some of these tweets inspire huge shifts in online culture, becoming a part of the popular lexicon—whether we want it to or not. And as COM students, we’re more than experienced at using Twitter—sometimes, it’s even required for our classes. While we may not be tweeting something viral every day, we can all certainly relate to feeling just a little too called out by a tweet. Below are the tweets that accurately sum up every BU COM student based on their chosen major. 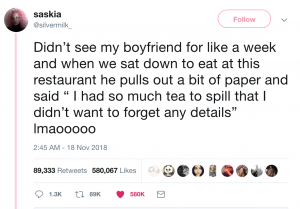 As a journalism major myself, I can confirm—we need to know all the details, always. No journalism student gets into this path of study without being innately curious about the world around them, even if it goes against our best interests. While we may sometimes get caught up in the drama surrounding us, we will always do our best to be honest and reliable. 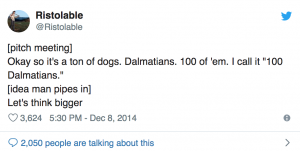 This is what I imagine film & television students’ brainstorming sessions to be like—just kidding. As some of the hardest working students on BU’s campus, you’ll never see a film & television student not thinking about what their next script is going to be or without a camera on them. If you’re lucky enough, maybe you’ll get to see one of their films at a free BU screening!

Advertising students are incredibly creative and innovative—and as a result, are usually very busy with outside work and fun organizations such as Ad Lab. You may catch them downing a coffee or two so they can continue working on their next campaign—support them through it all!

Cinema & media studies majors tend to be very detail-oriented, catching small aspects of films that other COM majors tend to overlook. They tend to look at things with a more observant eye, meaning that they’ll fixate on a detail and tell everyone about it. It’s good to have someone around who will notice something that you might not see—but hey, can we watch some rom-coms instead of classics for a change? 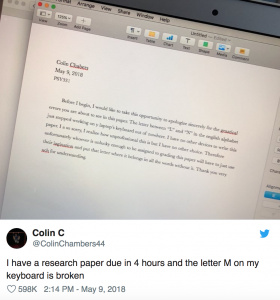 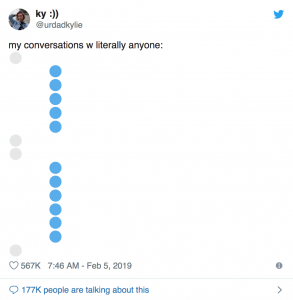 Public relations students are nothing if not talkative. We have a lot to say, and we have to get it out quickly, a la the art of the 30-second elevator pitch. Though we realize that sometimes our words come out faster than our thoughts, we will bring 100% to any conversation or brainstorming session. Just remind us to take a breather sometimes.

This tweet is for anyone who ever said that BU COM students can’t excel at math—while it may not be our first choice of study, media science majors are here to say that you can combine logic with your creative side and make a career out of it. Though a relatively new major, it’s nonetheless important to the field of communications as a whole—here’s looking at you, stats requirement.

If you related to any of these, let me know! My twitter is @maddie__hughes.