Boston University offers loads of incredible study abroad opportunities and the programs offered through COM were one of the main reasons I chose to attend BU. I dreamt about my time in Los Angeles kicking butt at my big studio internship during the day, taking interesting BU classes at night and adventuring in Yosemite on the weekends. However, as senior year approached and more of my non-COM friends started to go abroad I itched for adventure. While I knew I would never give up Los Angeles, I wanted to participate in an overseas study abroad program.  It’s at that point I decided I would just do both! Yes, it’s possible! Here’s how it went…

The main thing that makes choosing a study abroad destination so difficult is making sure you can fit in all your requirements. That’s what makes the COM specific programs so appealing – because you are able to take BU classes that count directly towards your degree. When I was looking at abroad opportunities overseas I looked for programs that would allow me to take liberal arts courses (to knock out those pesky freshman/sophomore requirements).  Fortunately, there are plenty of those programs offered through BU. Planning Tip: I saved three fresh/soph requirements for my senior year, which really opened up the opportunity to study abroad twice. I calculated my requirements down to the T and had space to fit in an internship as well, which I didn’t think would be possible.

After I narrowed down my options, it was a pretty easy decision to choose to do an internship program at the University of Auckland in New Zealand. I am an avid hiker and grew up loving the outdoors but three years in Boston made it difficult for me to hike. New Zealand is one of the adventure capitals of the world and has mountains and forests that literally seem to only exist in the movies. Plus, New Zealand is VERY far away from home and I really didn’t think I would be able to travel there again in my life.

Now, my time in New Zealand is coming to a close and I know choosing to study abroad here was one of the best decisions of my life (even if scheduling my interviews in LA while traveling is a pain).  I took one class through Boston University (which counted as a liberal arts class) and two classes through the University of Auckland. At the University of Auckland, I took Logic and Shakespeare on Screen (which counted as my Philosophy and Writing Course).

I also interned for credit with an incredible local film producer both at a design agency and his private production company. Interning abroad enhanced my experience so much by integrating me in New Zealand culture and giving me the opportunity to make friends with locals. It was also fantastic professional experience that related directly to my career goals. Interning in New Zealand is far less common than in the states so I found that I was given even more responsibility than I was used to. I assisted the producer directly on several commercial productions, short films and the development of several feature films. My boss even took me rock climbing J

While studies and work experience are all fantastic – my favorite part of studying abroad in New Zealand was definitely the endless opportunity to travel. Nearly every weekend my roommates and I ventured out of the city into the mountains. There were even two weekend trips through Boston University (included!). The seasons are reversed here in the Southern Hemisphere…so I got Spring break in August.

Check out some of my travel photos below!

I have more traveling to come! The Auckland program ends November 15, which gives me over a month before packing up for the Los Angeles internship program. In between those programs I am backpacking Southeast Asia (Vietnam, Laos, and Thailand). 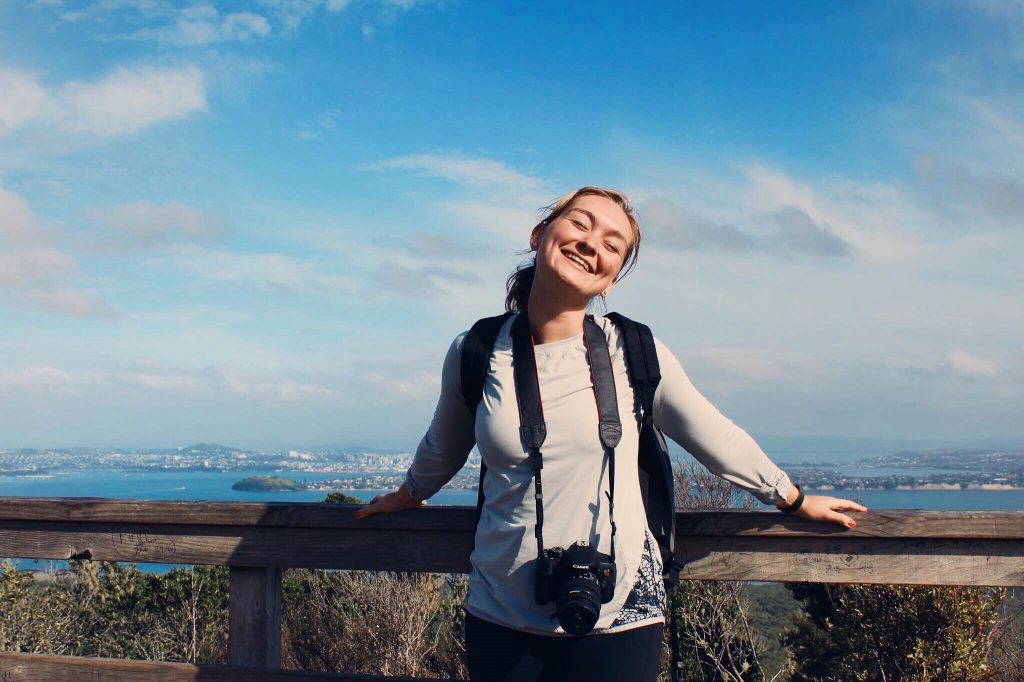 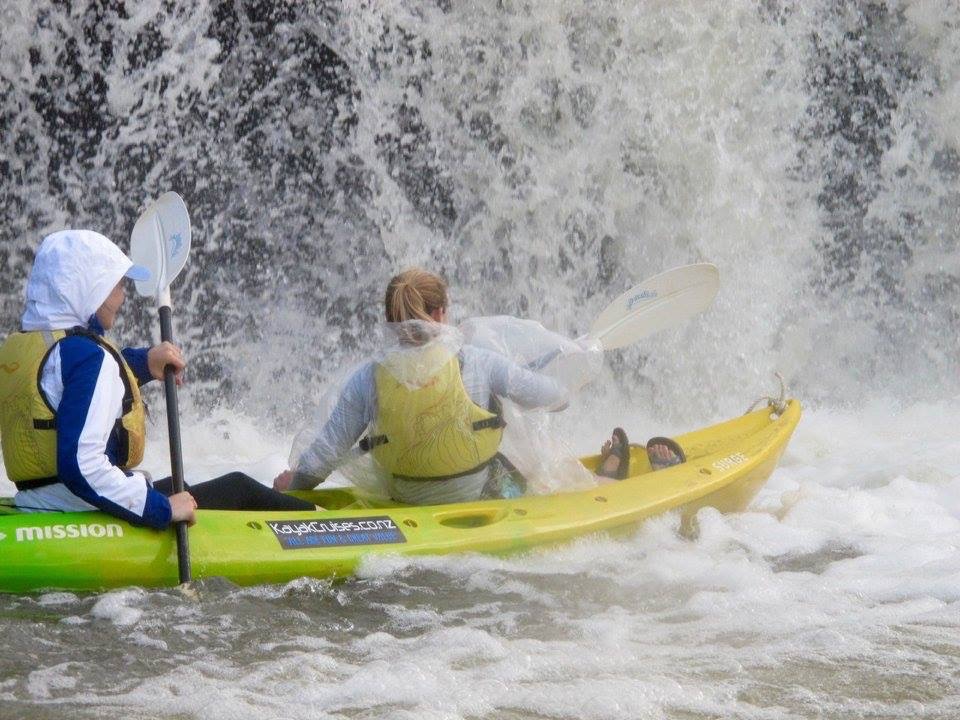 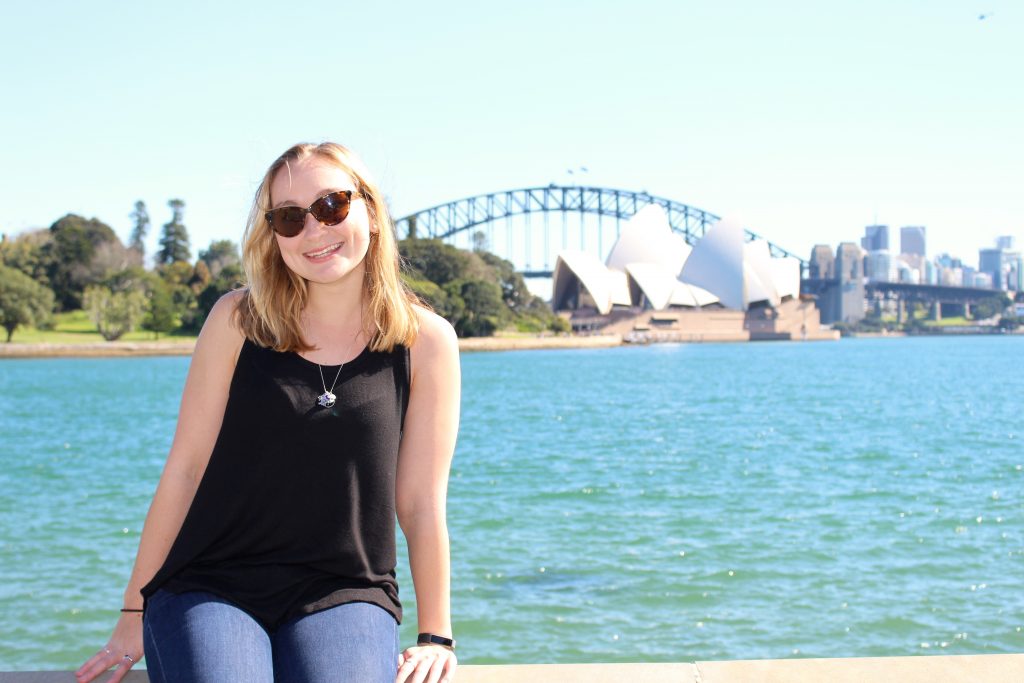 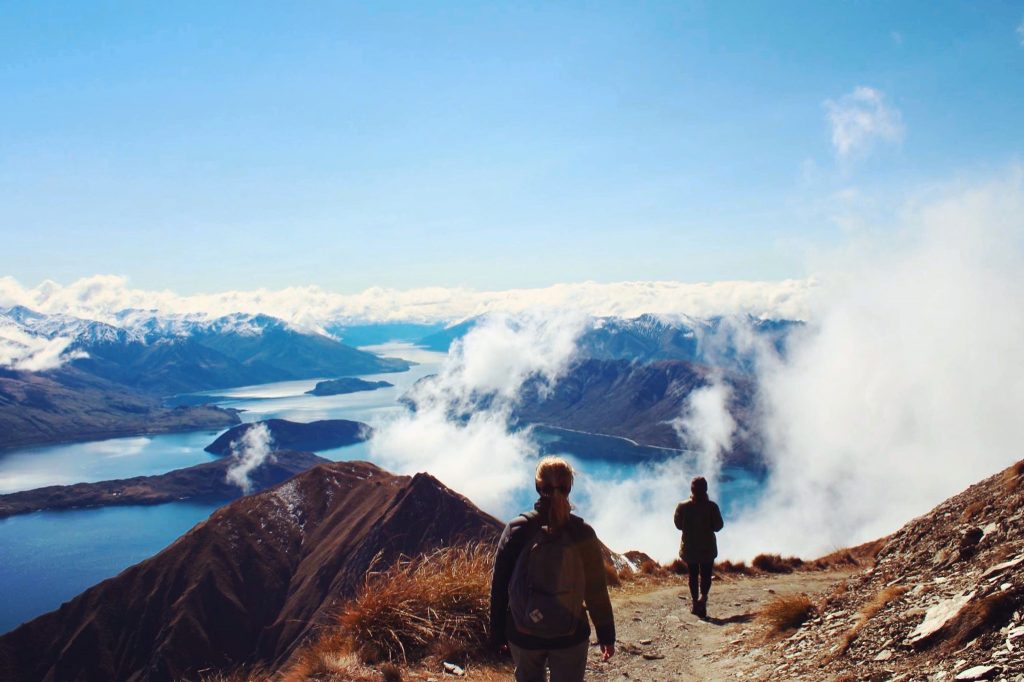 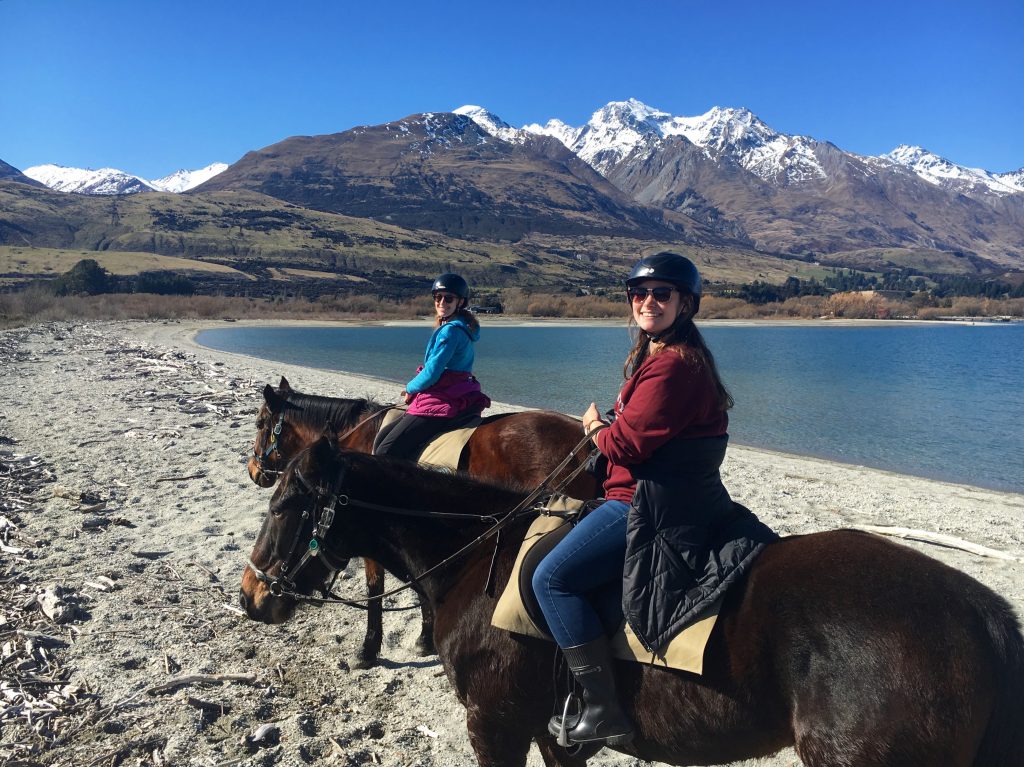 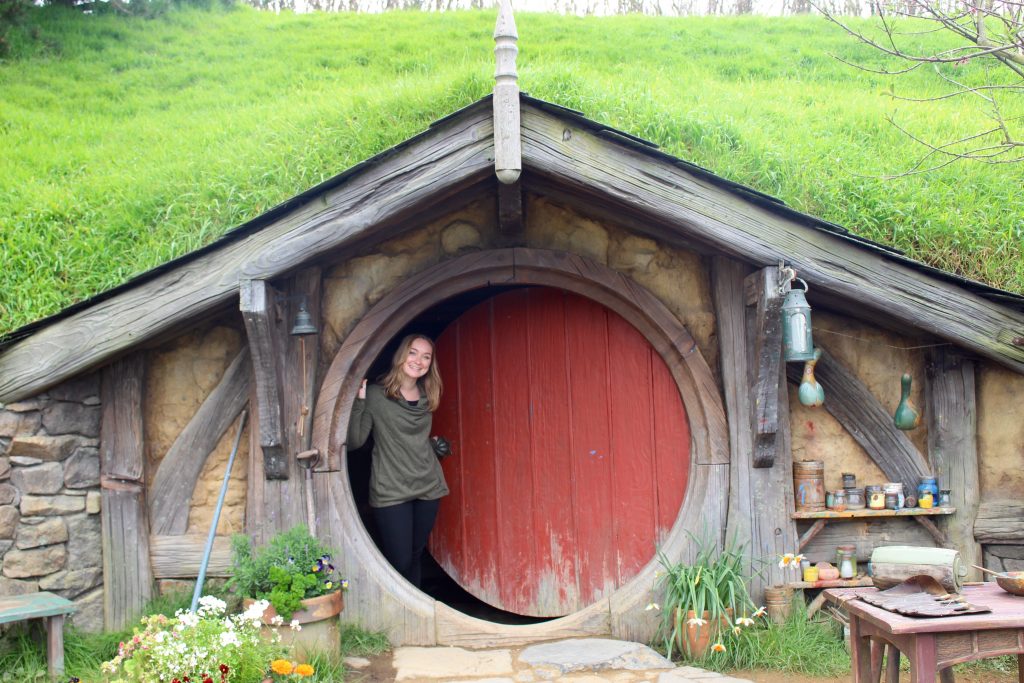 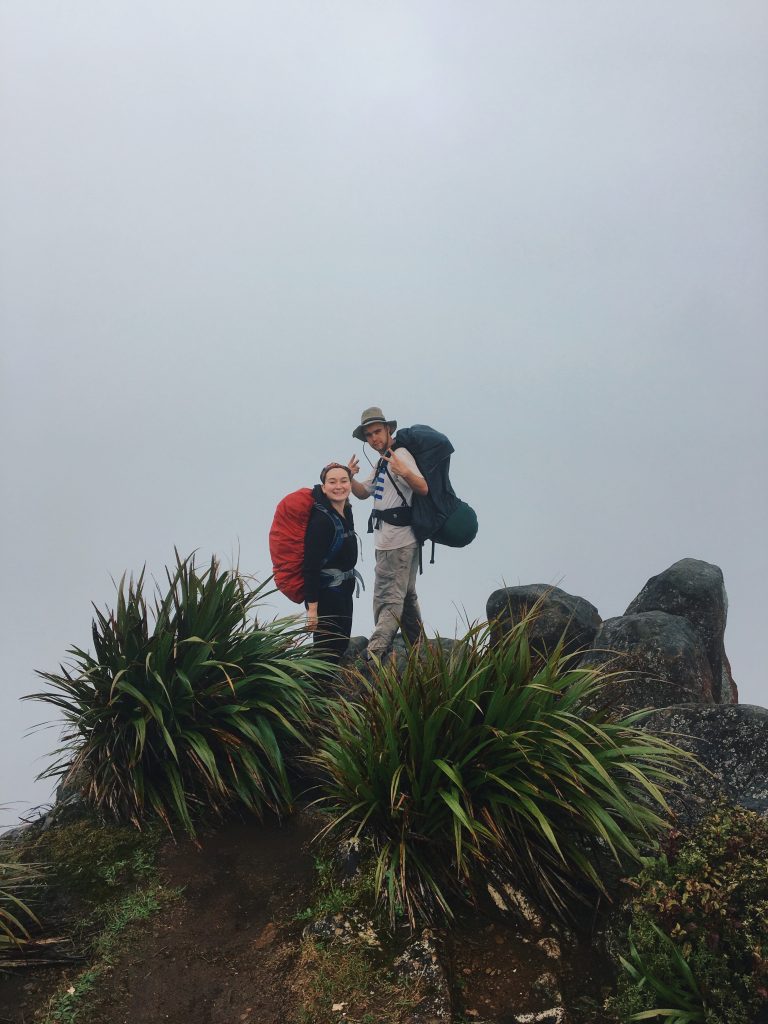 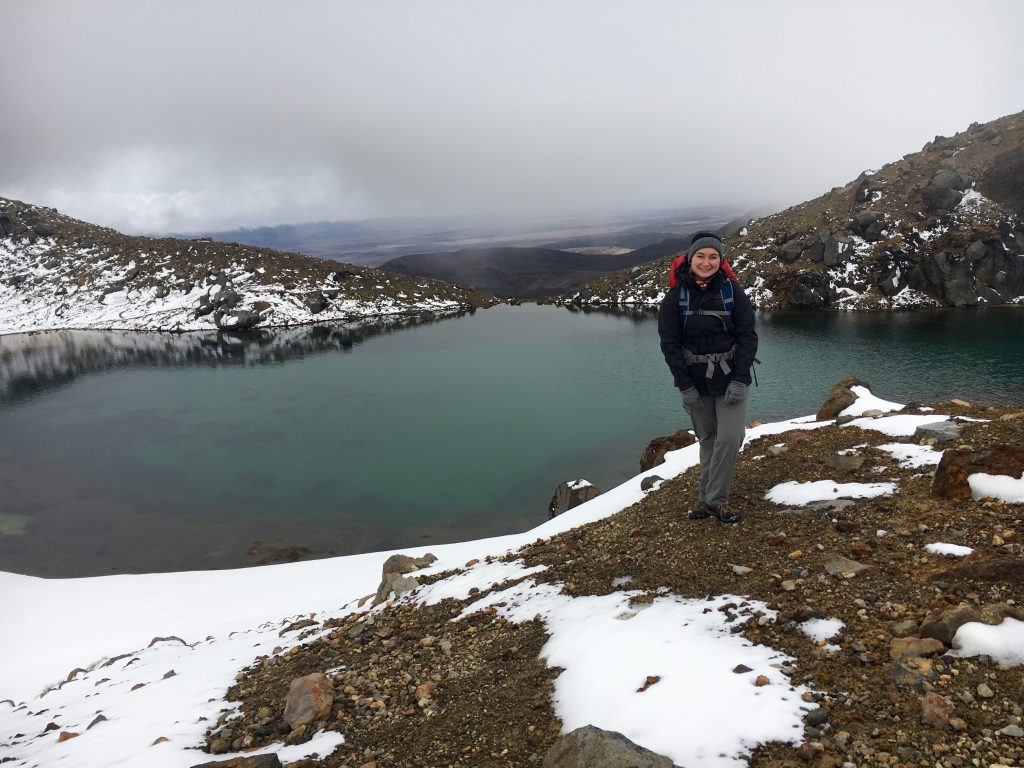 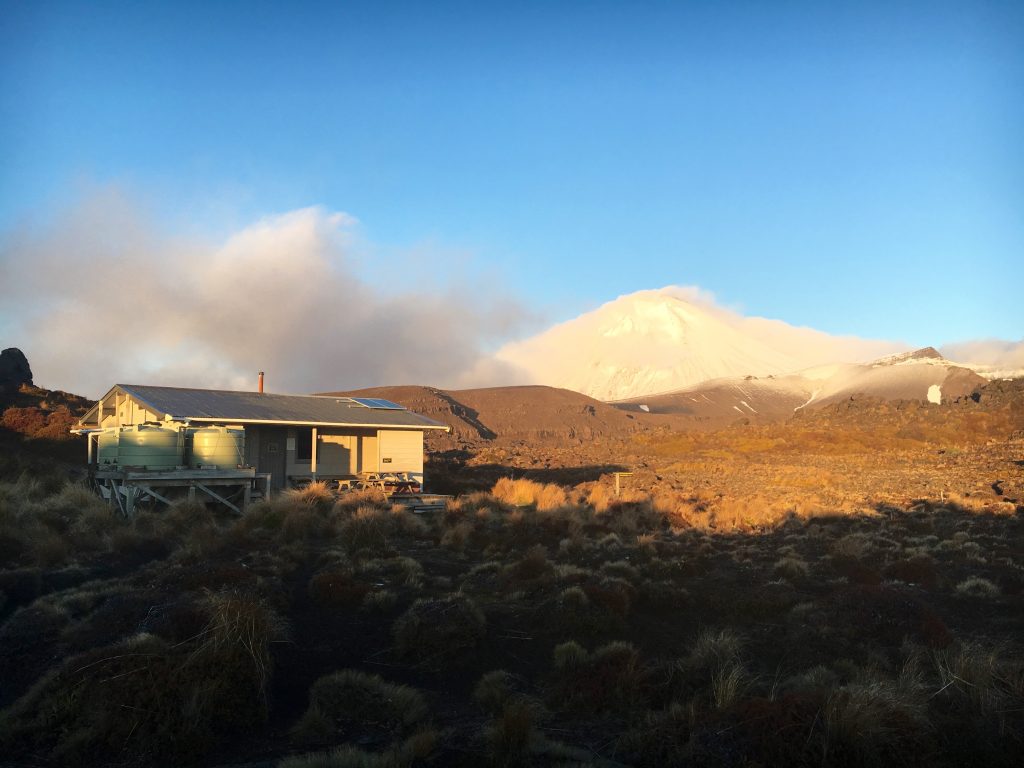 The Boston Marathon is upon us! For those of you who are not familiar with the Boston Marathon, it is a BIG deal here in the city. In honor of Patriot’s Day and the race, Boston University and most business are closed. So, that means everyone takes it to the streets to celebrate with friends and cheer on the runners.

The Boston Marathon has always been one of my favorite days in the city because there are an endless amount of fun things to do. The city fills with excitement and it is simply just happiness.

The race begins just before 9AM in Hopkinton Massachusetts and passes right through Boston University South Campus, Kenmore Square on Commonwealth Avenue, all the way to Boylston Street in Copley Square.

This is a day to set your alarms nice and early so you can meet up with friends for breakfast before the race begins at 9AM.  Then, you don’t even need to leave campus to be right in the thick of it. You can cheer on all 30,000 runners as they make their way to the finish line right on Commonwealth Avenue.

Here is a picture of my first Boston Marathon ever, oh boy time flies.

1 :  concerned excessively or exclusively with oneself:  seeking or concentrating on one’s own advantage, pleasure, or well-being without regard for others

Disclaimer: I think “without regard for others” is a little extreme – remember to love and respect your peers.

However, the four years students spend at Boston University are often the most formative. College is where people learn their passions, develop their skills, make lifelong friends, and experience so many “firsts”.

Boston University is a raging sea of opportunities. It just simply seems impossible to take advantage of everything. Work, family, stress, and the inevitable need to get a job makes it so easy to say “I simply don’t have the time”.

Don’t have the time? Psst. Most of these opportunities will disappear and never be presented again. The few opportunities that remain, I promise you, will actually be impossible to take advantage of when you have a 9-5 job and a crying two-year old.

So let us be selfish during this “only 5 percent” period of our life. Let’s put our own “advantage, pleasure, or well-being” above everything else. Push all of your excuses and restrictions aside. Do everything possible to take advantage of every opportunity that comes our way.

Here is my inconclusive list of opportunities to take while at BU.

If that awesome and inspiring video didn’t get you pumped then let’s see if I can.

BUTV10 is Boston University’s student produced and managed television station. Our programming includes news, drama, science fiction, sports broadcasting, and even a cooking show. If you aren’t interested in the creative side of television students can be involved in our Marketing, Programming, or Graphics department.

What is so special and unique about BUTV10 is that you do not need any experience to get involved. Students can simply go to butv10.com, find a few shows that they are interested in, and e-mail the Producers directly to get involved.

Now I am a second semester Junior and planning to go abroad for the entire of my senior year, which means that this is my last semester with BUTV10 (tears). As I reminisce about my time with BUTV10 I realize how much it shaped my time here at BU.

BUTV10 is honestly one of the most amazing student groups at BU and if you have any interest in media you should definitely get involved. As I prepare to leave Boston it makes me sad to think that some students go through their time at BU without being a part of BUTV10. That’s so sad!!!

The COM Career Development provides a bunch of services and resources to COM students and alumni. Career counseling is available to help you explore and research communication careers and internships. Its a great place to discuss proposed career goals and receive professional input on the appropriate steps toward reaching those goals.

Visit them as early and often as you can. The Career Development Office is not just for graduating Seniors, they are there to help you! I met with them several times to go over resumes and cover letters. I even got this fancy headshot taken for my LinkedIn Page.

The Boston Calendar is one of my favorite resources to find fun and exciting things happening in Boston. The calendar’s slogan “events that don’t suck” fits the site and blog perfectly. As a new student in Boston it’s difficult to know where to go and when … This calendar promises you will be “in the know” and you will never miss the next street fair or outdoor concert.

The site allows you to pick the day you are looking for something to do, and it simply lists many of the events happening in your area. I advise you to look a couple weeks in advance if possible because some of the more interesting events require a reservation or purchasing tickets. However, if you wake up one Saturday with nothing to do – this calendar will have your back.

You are also able to filter the events to narrow your options. A fan favorite is “FREE”.

You can also choose events by location, which is especially useful as you gain your bearings in Boston. The events link directly to google maps so you can see which are happening closest to you. You can get your directions right through the website!

Some of the options may seem a little out there but I go explore your city and try something new!!! Some of my favorite memories from Freshman year are from when my roommate and I chose random events we found on the Boston Calendar and just explored.

If that awesome and inspiring video didn’t get you pumped then let’s see if I can. BUTV10 is Boston University’s student-operated media production and distribution service. Live-streamed and on-demand programming is available online at butv10.com and on the campus’ channel 10. Established in 1989 as BUTV and rebranded BUTV10 in 2005, the organization produces an array of news, information, sports, drama, comedy, and variety programming. Our content has received multiple Associated Press, NATAS, Telly, and Webby recognitions, I must stress this by saying there really is a spot for everyone. Our programming includes news, drama, science fiction, sports broadcasting, and even a cooking show. If you aren’t interested in the creative side of television consider joining our Marketing, Programming, or Graphics department.  Membership exceeds 250 people and is growing exponentially. If you are looking to gain experience writing, editing, or producing BUTV10 IS PERFECT FOR YOU. Learn what you love and perfect how to do it before anyone else. We also have tons of super famous alumni – so maybe you can be one of them too!

If you missed our General Interest Meeting and still wish to sign up please complete this form:  https://drive.google.com/open?id=1aCPs2sq6wKkNyHEdseiJS2RXpGo-vEYOeR2yWUBMCkM