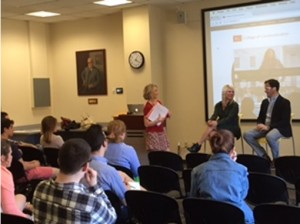 Whenever I ask people for advice on job searching, all I hear is: network.  How am I supposed to have time to network while in grad school? How can I go to employers and just strike up a conversation about me and what I want to do with my life?

Actually, I can, and I did!  COM’s Career Fair (Feb 24 and 25) gave me that exact opportunity.  Over 20 employers from all three communication disciplines came to BU specifically to chat with more than 340 COM students about potential employment opportunities.  Among the attendees were Arnold Worldwide, Big Block Productions, Communispace, Gupta Media, Ketchum PR, SHIFT Communications, NESN and WCVB-TV-ABC.

The career fair was held over two days, with representatives from each company set up at tables.  Students could talk to any company that was there, giving them the chance to both learn more about the companies and share about themselves.

“We try to get a mix so that all three departments are covered,” says Kelly Forde, Assistant Director of COM Career Services.  “We’re looking for employers that have both internship and full time opportunities.” 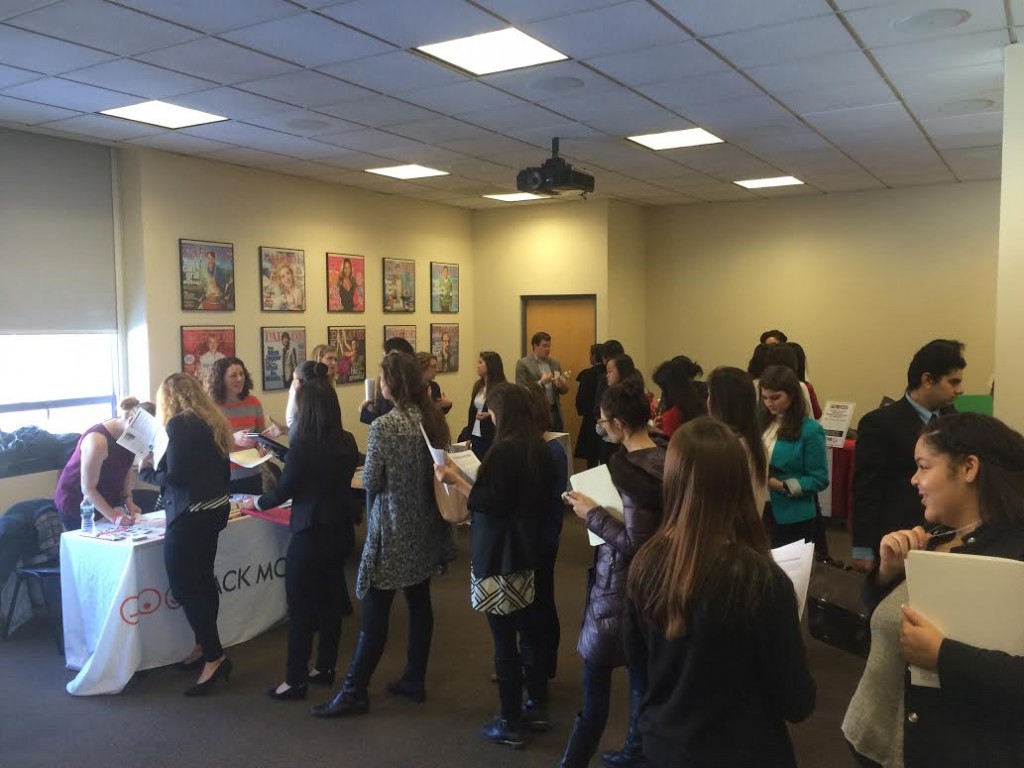 Alexis Feinberg, a graduate PR student, was particularly excited to meet with Ketchum PR regarding a potential summer internship.  “I wanted to find out more about the program, if they indeed had an internship program, and what it means for a graduate-level student,” she said.  More specifically, Feinberg was interested in Ketchum’s subsidiary, Harrison &Shriftman – a fashion PR firm and showroom based in Miami.  “Serena, the Talent Acquisition Manager for Ketchum was more than happy to answer my questions and was open to connecting my information with Harrison &Shriftman.”

Forde describes making connections as just one part of the overall goal at the career fair.  “Obviously jobs or internships are really the end goals,” said Forde. “It’s also to practice: to get more comfortable talking to employers, to get more comfortable talking about themselves and selling themselves, and just to kind of up their professionalism.”

COM Career Services also opened up more resume hours and sent out lists of the companies weeks in advance to give students time to prepare.  Ultimately, Forde explains that it is up to the students to come prepared.  “Showing that you do your research sometimes is the best way to set yourself apart,” she said.

Whether it’s finding a job, internship, or just introducing yourself to employers, the career fair is a great way to get your name out there and practice.  I have to admit, I was a little intimidated since I had never been to one before, but I’m so glad I went.  According to Forde,“Every connection is a good connection.” So why not start connecting?  Lord knows I’m going to need a job soon! 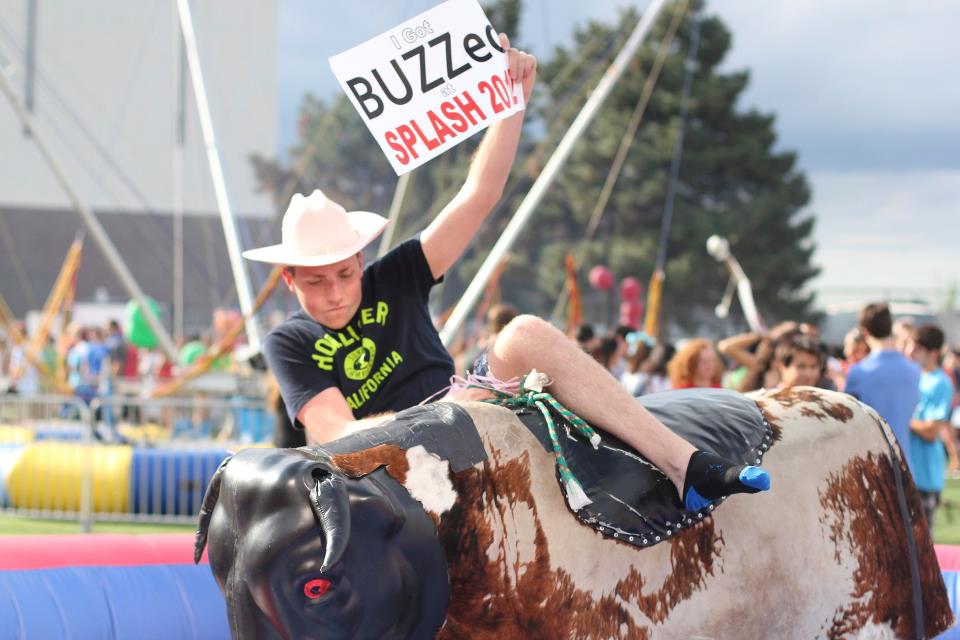 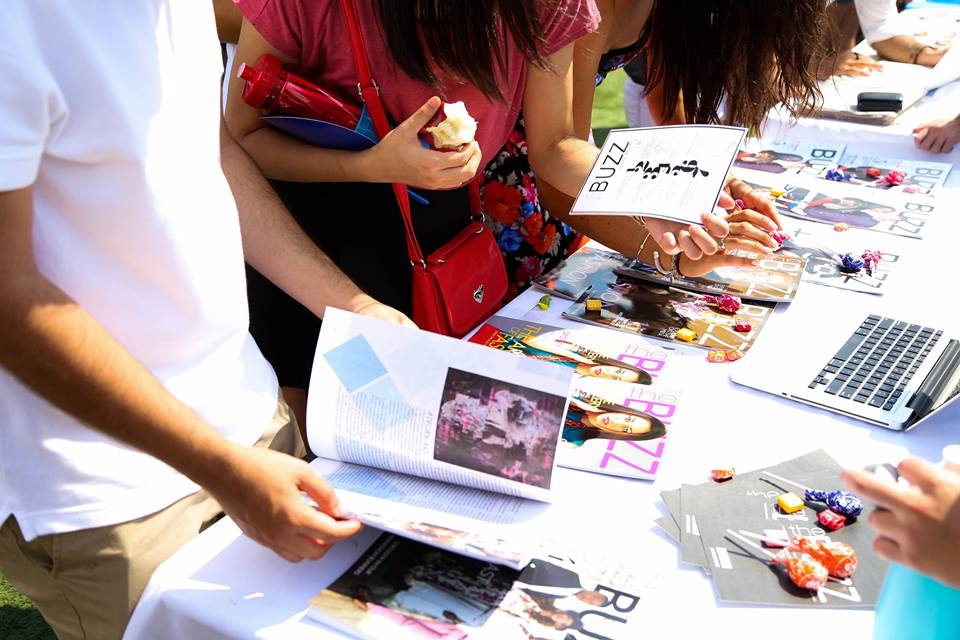 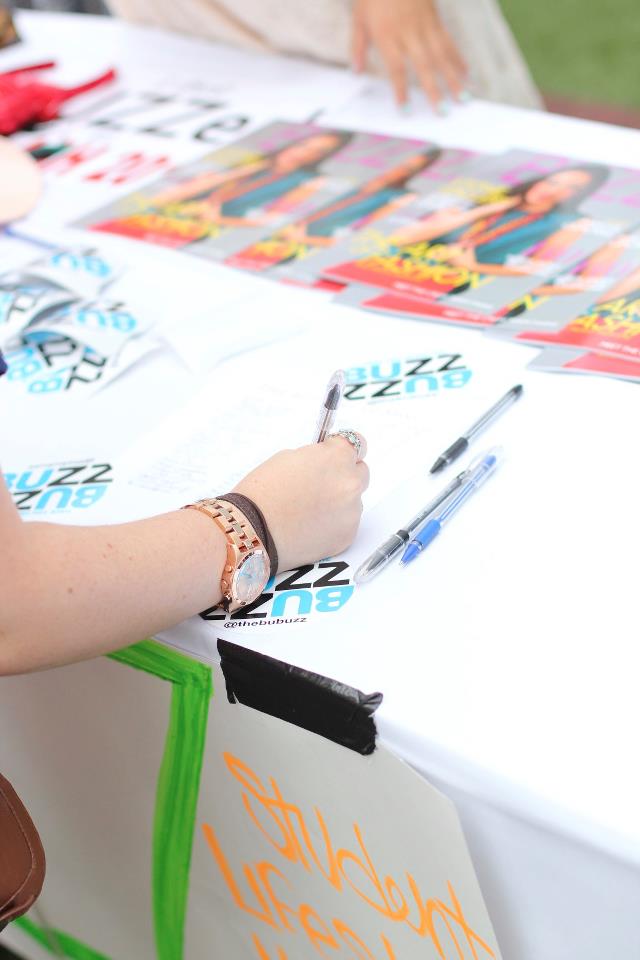 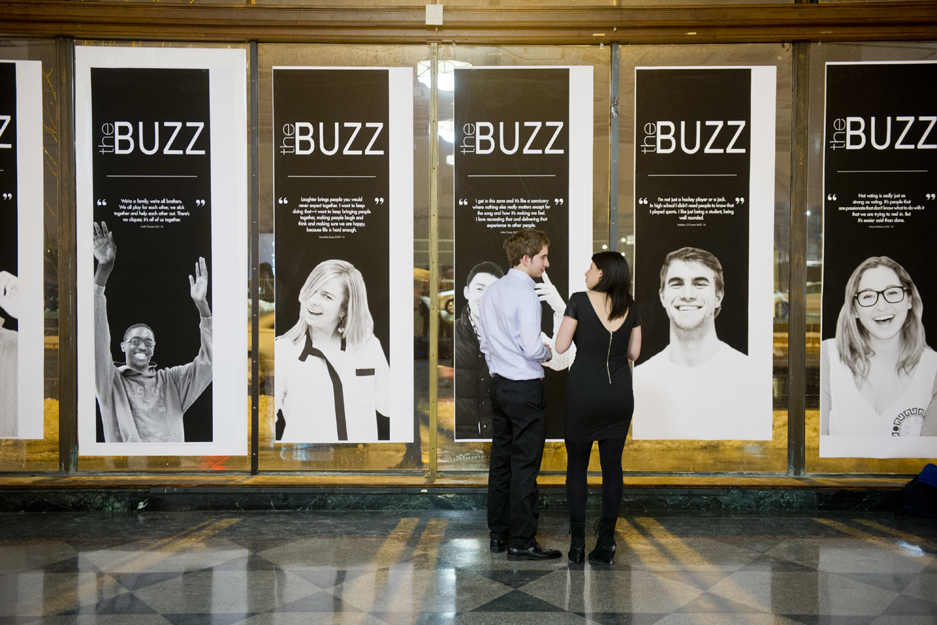