A great deal has been made recently about the large increases in certain Health Insurance Marketplace premiums  announced for 2017. I present here five arguments for why these increases are no big deal, and are not the right thing to focus on when evaluating the success of the 2010 Affordable Care Act (ACA).

Argument 1: The Marketplace exchanges in which premiums are increasing are very small part of the US Health Care Market. 97% of Americans are not in them. And 80% of the enrollees who are in the Marketplace get government subsidies for their premiums. (Thomas G. McGuire, unpublished figure). 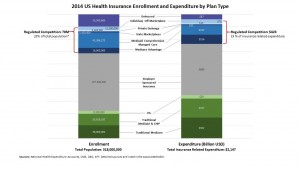 Argument #2: When the ACA Marketplace was started in 2014, its premiums were unexpectedly low, not high, in most markets. Everyone commented on this. The same thing happened when Medicare Part D was introduced. Many economists believe this was because health plans were trying to capture market share by offering low premiums. Such low premiums were not sustainable. Two years into the Marketplace, plans are trying to catch up with the much higher employer sponsored premiums. This should not be treated as a failure of Obamacare.

Argument #3: Many health insurance markets in the US are already highly concentrated. For example Blue Cross Blue Shield of Alabama has a 90 percent market share. (kff.org, 2014)  We cannot expect competitive premium pricing with such market power. As I discuss in Ellis (2012): Leemore Dafny, Mark Duggan, and Subramaniam Ramanarayanan in the American Economic Review 2012, using data from the American Medical Association (AMA), show that 94% of 314 US market areas have “highly concentrated” insurance markets. This concentration cannot be blamed on the ACA, since it predated it.

Argument #4: The main goal and achievement of the ACA has been that it has reduced the number of uninsured. The data clearly show this, and the largest percentage increase has been in private insurance, not government insurance programs. 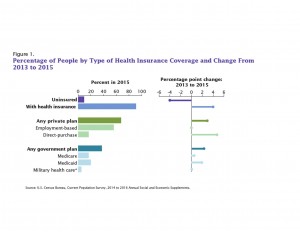 Argument 5: The unexpected wonderful cost impact of the ACA has been favorable: lowering the average rate of increase in health care spending throughout the country. (Barack Obama, JAMA, 2016) 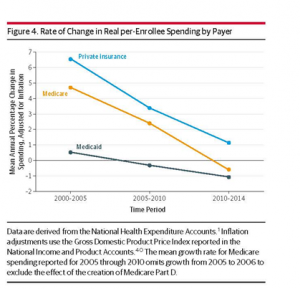 This has been particularly true for the Medicare program. US government statistics (CBO and OMB) show enormous savings in Medicare since 2010. 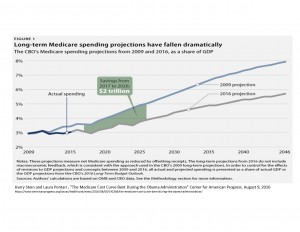 While the ACA has not eliminated uninsurance or solved the US cost containment problem, it has made important improvements in both directions. Recent large premium increases in the Health Insurance Marketplace, which happen all the time in the employer sector without much attention, are part of a bigger problem still in need of solutions.