The title of Dr. von Kalllenbach’s talk is Der Nestbeschmutzer: Guilt and Transformation in Post-War German Discourse, and she will delve into what it means to confront your own country’s wrongdoings.

The German word, “Nestsbeschmutzer,” literally means a person who soils the nest. In English, one might say, “whistleblower,” “leaker,” or “mole.” It refers to someone who sheds light on, or is critical of, the indiscretions of their own culture. The word refers to “dirt” and evokes a need to cleanse the people who do the soiling. Calling someone out for soiling the nest implies that if they don’t talk about the subject, things will remain clean.

The use of words such as “dirt” and “cleansing” was used in post-Holocaust discourse when Germany had to face the question: What do we do with all these Nazis?  The Nazis also saw the Holocaust as an act of ethnic purification. Dr. von Kellenbach says she wants to think about these images and this language when discussing coming to terms with guilt. While working on her book on the mark of Cain, she wondered, “What is it with this stain that can’t be washed off? How can I think about guilt in a way that does not cleanse it out of history?” She wants to investigate the trope of brushing the past under the rug as she finds this idea is still very much relevant today.

Today, the same cleansing language is used. However, Dr. Von Kellenbach thinks it’s important to use a different metaphor and instead prefers to say “composting” when thinking about guilt. In composting, the dirt isn’t brushed away but is used to create something new.

But, beyond college campuses, the political climates in America and other countries are frighteningly familiar. “We have Charlottesville where people run around with Nazi paraphernalia as if the past 70 years hadn’t happened. And in Germany, it’s as if we’re right back at square one.” The country is in the midst of a political crisis. Its political state is fragmenting more and more as became evident when Annegret Kramp-Karrenbauer, Chancellor Angela Merkel’s chosen successor, resigned this past week. According to a Vox article, “The center-right CDU voted with the far-right, anti-immigrant, anti-Islam Alternative for Deutschland (AfD) to install a member of the smaller, pro-business Free Democrats as state premier.” This surprising turn of events points to the German far-right faction’s growth and foreshadows Germany’s uncertain future.

Dr. Katharina von Kellenbach, Professor of Religious Studies at St. Mary’s College of Maryland and the Corcoran Visiting Chair in Christian-Jewish-Relations at Boston College 2019-2020, says the current political climate in Germany evokes the ghosts of the country’s stained past and points to the lessons Germany has not learned. For the last twenty years, her research has focused on the perpetrator-side of the Holocaust. 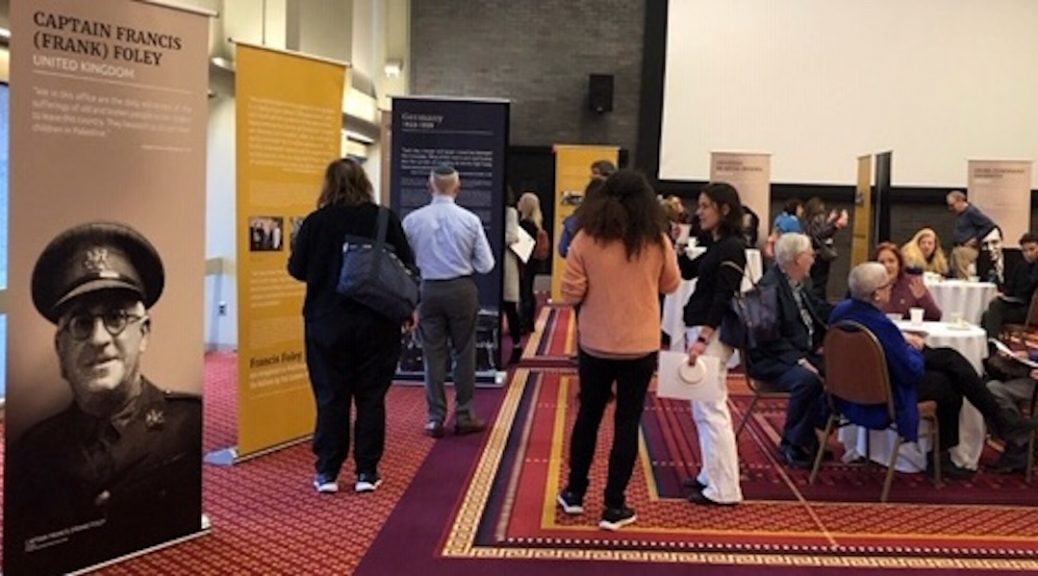 On the eve of International Holocaust Remembrance Day, Israeli Consul General to New England Zeev Boker delivered the following remarks at Boston University where Ambassador Boker helped to unveil the “Beyond Duty” exhibition. The opening of the exhibition preceded a lecture by Prof. Michael Grodin (MED, SPH, EWCJS) and a panel of international diplomats commemorating those who went “beyond duty,” often defying their own governments, to issue life-saving documents that allowed thousands of Jews to escape Nazi persecution.

Good afternoon.  I wish to thank AJC New England and Boston University for partnering with us to present this important program today and for launching the “Beyond Duty” exhibition.  I also wish to thank all of our speakers and in particular, the consuls general for being a part of the panel, and I especially wish to welcome Holocaust survivors. 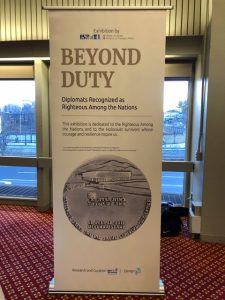 International Holocaust Remembrance Day, which occurs tomorrow, January 27, marks the 75th anniversary of the liberation of Auschwitz, the largest Nazi death camp during World War II.  Close to one million Jews were murdered there. Indeed it was the State of Israel in 2005 that took the initiative at the United Nations to establish this day of global remembrance in order to ensure that the nations of the world will honor the memory of Holocaust victims while rejecting Holocaust denial and commit to preventing future genocides.   Indeed, It is a tribute to the tenacity of Israeli diplomats led by Roni Adam that the UN finally gave its approval to International Holocaust Remembrance Day, which was initially met with resistance in the General Assembly.

To honor the memories of the 6 million Jewish victims of the Holocaust, the Israeli Ministry of Foreign Affairs,  in collaboration with Yad Vashem, Israel’s Holocaust memorial museum, created the exhibition “Beyond Duty.” Yad Vashem honors not only the memory of victims but also those who resisted and fought back against the Nazis.  In addition, Yad Vashem gives special recognition to those selfless non-Jewish individuals who, at great personal risk to themselves and their families aided and rescued Jews. These heroes are known as “Righteous Among the Nations,”  and close to 27,000 have been so recognized.

When I served as Israeli Ambassador in Slovakia, it was my privilege on International Holocaust Remembrance Day to confer official recognition of  “Righteous Among the Nations” upon individuals who saved Jewish lives: they included bishops and clergy as well as simple farmers and city folks who related incredible stories of hiding Jews, including in holes in the ground. 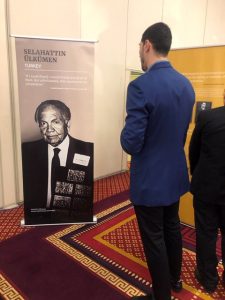 Among those recognized as “Righteous Among the Nations” were 34 diplomats from a variety of countries.   A few of these brave diplomats, such as Chiune Sugihara and Raoul Wallenberg are known to many, but there were others whose names are not known, and it is important that their legacies be brought to light as well.  It is hard to overestimate the multiplier effect of the actions of the diplomats who saved thousands of Jewish lives.

While most countries of the free world were reluctant to help Jewish refugees during WWII,  and while most diplomats continued to employ standard procedures, only a very few felt that extraordinary times required extraordinary action and were willing to act against their governments’ policies, and suffer the consequences.  Moreover, they did so in the context of a war-time totalitarian Nazi regime where their very lives were at stake. Their stories inspire us today as they represent the power of the individual to do the right thing in the face of the darkest and most evil chapter of our recent past.

The Exhibition that you witnessed here today at BU represents the first time this is being shown in New England, and will be open from tomorrow until February 6 at the State House in Boston.

“Beyond Duty” teaches us that we are not alone.    On a regional level, the Consulate is proud of our partnerships with elected officials, major Jewish organizations and opinion leaders in New England to combat Anti-Semitism.   A majority of the New England states, including Massachusetts, recently passed resolutions pledging to combat anti-Semitism and to adopt the definition of anti-Semitism set forth in the International Holocaust Remembrance Alliance, or “IHRA.”  The IHRA consists of a comprehensive definition that includes all types of contemporary antisemitism, including anti-Zionism, and is a meaningful tool in the fight against antisemitism, both in education, political discourse and in the field of law enforcement.

Last week,  Israeli President Reuven Rivlin welcomed  40 world leaders to Jerusalem who came to commemorate the 75th anniversary of the liberation of Auschwitz.  This was a tremendous show of solidarity and commitment on the part of the international community to preserve the memory of the Jewish lives lost in WWII.   These leaders, including the American Vice President and the Speaker of the House of Representatives, signaled a deep commitment to fighting anti-Semitism, Holocaust denial and racism.  President Rivlin thanked them for their solidarity with the Jewish people and for their commitment to Holocaust remembrance. He noted the critical role that the Allies played in defeating Nazism and in liberating the camps.  In his words: “Antisemitism does not stop with the Jews. Anti-Semitism and racism are a malignant disease that destroys and pulls societies apart from within, and no society and no democracy is immune.” He went on to describe Israel as a “state that looks for partnership—that demands partnership,”  and he described the Jewish people as “a people that remember.” Unfortunately, the Jewish people understand what it is NOT to remember since history repeats itself. President Rivlin urged all countries to officially adopt the IHRA definition of anti-Semitism and make efforts to work according to it.

Today we are gathered together to draw inspiration from the courage of the Righteous Diplomats as we honor their moral choices and explore ways to walk in their footsteps. May the memories of our brothers and sisters who perished in the Holocaust and those who waged war on Nazism, be forever engraved in our hearts. The Jewish people are strong and the State of Israel remains committed to ensuring that Never Again truly means Never Again.