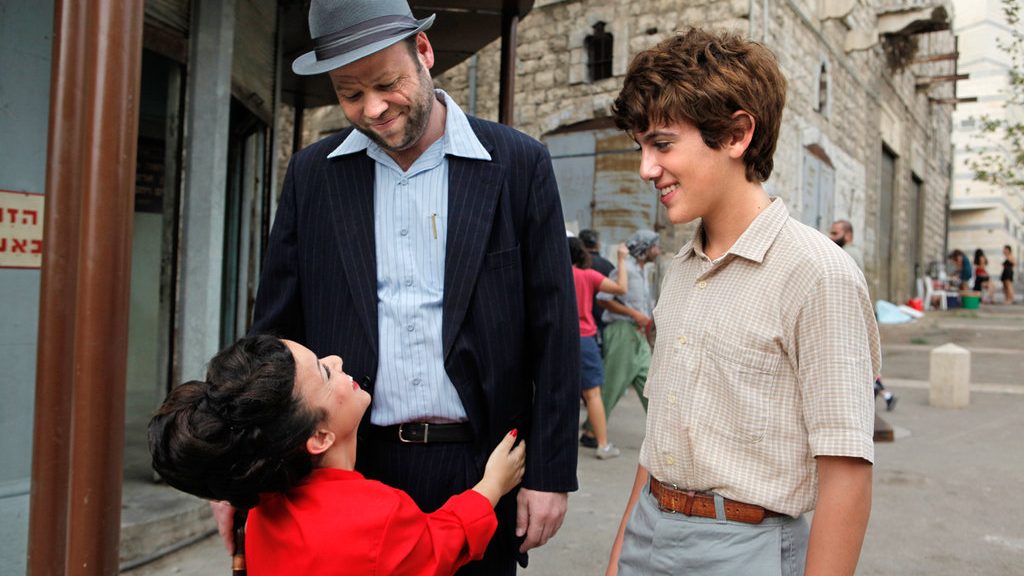 Matchmaking can occur in a variety of places—on a subway ride, in a crowded bar, or now most commonly, through a few clicks on the Internet. Avi Nesher’s film The Matchmaker chronicles many love connections in the city of Haifa, Israel during the summer of 1968, decades before the invention of dating apps and the phenomenon of “swiping right.” In the movie, prospective lovers rely on the expertise of matchmaker Yankele Bride (Adir Miller), to find their next romance. However, the story is not as much a quest for love as it is for acceptance, understanding, and survival.

The film was shown last Monday in BU’s College of Arts and Sciences as the third installment of The Holocaust Through Film series. Professor of Italian and director of Holocaust, Genocide, and Human Rights Studies Nancy Harrowitz and Assistant Professor of French Jennifer Cazenave worked together to organize the series this year.

Associate Professor of Hebrew, German, and Comparative Literature Abigail Gillman provided an introduction to the film and its director. “The Israeli film industry has really taken off quite recently, starting in the 2000s,” she explained to the group of students gathered in CAS 224. “Avi Nesher has played an essential role in the entry of Israeli cinema onto the global stage.”

According to Professor Gillman, Mr. Nesher’s 2018 film, The Other Story, was the most seen movie in Israel last year. The Matchmaker was released eight years prior and also saw a large success. On-screen, audiences are introduced to many characters in the city of Haifa, which is divided between “the Carmel,” or upper echelon neighborhood, and “the low-rent district.”

Yankele resides in the low-rent district with many other Holocaust survivors. Arik Burnstein (Tuval Shafir), his teenage counterpart, comes from the Carmel. The two form an unlikely bond after Arik’s father, Yankele’s childhood friend and fellow survivor, decides his son would benefit from working for the matchmaking business for the summer. At first, Arik is suspicious of Yankele, his place of business, and those who work around him. But as the story develops, so does their friendship.

Others from the Carmel remain wary of Yankele’s character. Meir (Dror Keren) concocts a scheme to destroy Yankele’s business and his reputation after a failed match. This, Professor Gillman said, hits upon a much larger theme within the movie.

“There’s this idea that anyone who survived the Holocaust must have done something really horrible to survive. There was this suspicion of survivors in Israel,” she said. “They were marginalized and very much living onto themselves. That was the norm.”

While Arik is successful in protecting the matchmaker from malice, he can do little to save him from a broken heart. “Towards the end you see love kind of leading to destruction in a way,” Professor Gillman said in a question and answer session following the screening.

“How true is everything that happened?” one student asked. “Is the film based off of real events?”

“It’s based on a novel by Amir Gutfreund called When Heroes Fly,” Professor Gillman said.

“And now it’s actually a series on Netflix,” another student added. “It’s really another incredible story about survival.”

The Holocaust Through Film series continues on April 1 with a screening of “1945.” This event is free and open to the public. For more information visit http://www.bu.edu/jewishstudies/calendar/events/.