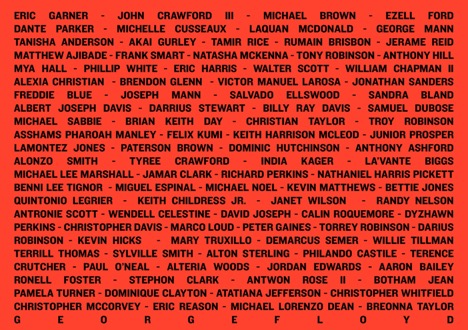 I am a BU professor of religion and director of an academic center named for Elie Wiesel. For those who don’t know, Elie Wiesel (1928–2016) was a Jew from Sighet, a town on the border between Hungary and Romania, who, along with a million other Hungarian Jews, was handed over by their own government to the SS to be gassed and cremated or enslaved in the thousands of labor camps across German-occupied Eastern Europe and the homeland that supported the German war industry. Wiesel wrote about his experience at Auschwitz in the memoire Night, a short book that is still widely read today. The reason it is still widely read is because Wiesel found words to evoke what is ultimately indescribable: the psychological horror of abject dehumanization. The Elie Wiesel Center carries on Elie Wiesel’s mission by teaching about Jews and Judaism, the Holocaust and other genocides, and the importance of universal human rights.

I want to say to our students: If I am hopeful for the future, it is because of you. Over the past few days, I have listened to many of our students who made one thing very clear: expressions of empathy and solidarity are good and necessary, but students expect more from us than words.

Our students are deeply conscious of the complexities of race, economic inequality, and the many ways in which systemic injustice manifests on our own campus and elsewhere.  They are also tired of having to explain themselves to others over and over again, including to faculty, advisors, and counselors charged with their well-being. Meanwhile, they have acted. The BU student government and black student association, Umoja, just raised nearly 100k in support of social justice organizations.  http://www.bu.edu/articles/2020/bu-umoja-student-government-raise-100k-social-justice-groups/ Their initial goal was a modest 10k. It was a BU student who organized last Sunday’s momentous rally in Boston.

Many of us have joined vigils and marched in protest, despite the raging pandemic. But expressions of solidarity go only so far. Our students expect more of us. Social justice, equity, and inclusion must be more than slogans disseminated in official communiqués. Justice, equity, and inclusion manifest in who occupies positions of power, influence, and trust. It manifests in making sure students see their own skin color reflected in the faces of their faculty, advisors, counselors, and university leadership. Systemic change is painful, as it means relinquishing customary privilege and truly opening oneself to difference. This requires that those of us who take their white privilege for granted pause and listen to the anguished cries of protest and the calm voices of student leaders who are willing and eager to engage. We need these voices, and we need to listen.

Last year, which was a particularly bad year for race relations on the BU campus, we listened to the students and took action when we offered a response to a speech by conservative activist Ben Shapiro that was provocatively titled “America was not built on slavery but on freedom.” (See http://blogs.bu.edu/mzank/2019/11/14/the-ben-shapiro-performance-why-it-was-shameful/) Shapiro’s much-hyped speech, which was accompanied by exaggerated and expensive security measures, was a blatant example of how white power can manifest on a campus that likes to claim the legacies of Howard Thurman and Martin Luther King Jr. We need to understand that the first step toward inclusion is to refrain from actions that suffocate the concerns of Black and Brown students. At the time, the University did not even rise to that minimal level of consideration. Though the Elie Wiesel Center decided to do something in response, it was too little and too late. (See http://www.bu.edu/articles/2019/response-to-ben-shapiro/)

A BU graduate student told me, that “sustained thriving of students of color will require an examination of and reckoning with systems of power in the university with the lens of anti-oppression and bias-prevention. Those with the most power must make that commitment in order for any kind of truly welcoming environment to be created.” The Elie Wiesel Center is ready to partner with faculty, students, staff, the Dean of Students and the upper University Administration to do the work necessary to bring about lasting systemic change on campus.

Change requires self-examination. We want to know, and we want to be told what prevents students from feeling included and respected. Starting in the fall, we will offer listening sessions to students, where we listen as students speak. We want our students to be our teachers so we can learn how to be better teachers and mentors to them.

We would love for you to reach out to us with suggestions and ideas.