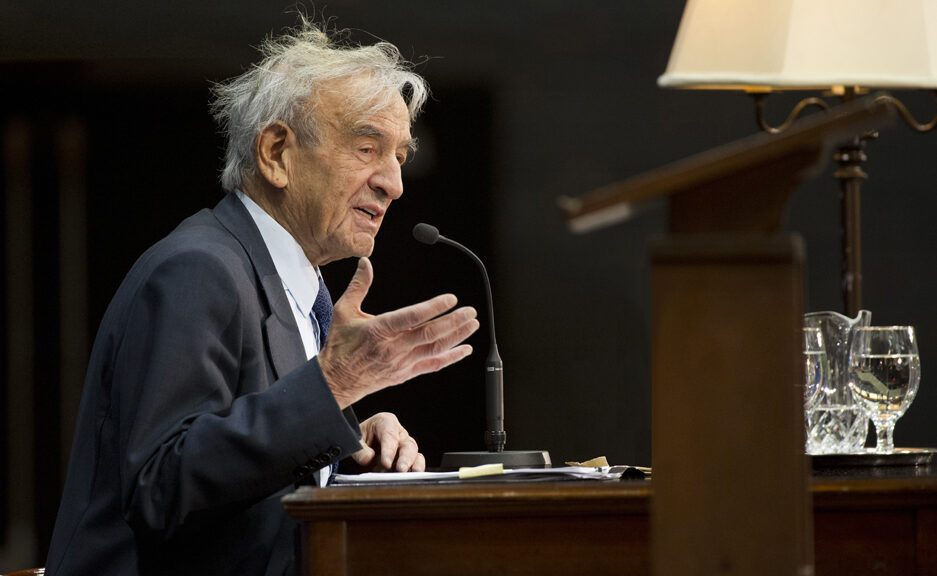 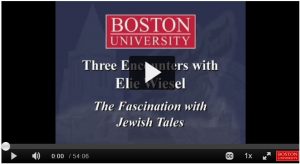 Why Pray? from 9/19/2005
Recorded on September 19, 2005, as part of the “Three Encounters with Elie Wiesel: The Fascination with Jewish Tales.”, Elie Wiesel speaks about how “people must bring to prayer the fullness of their experience — including doubt, disappointment, or even anger — in order for their prayers to be meaningful.” He also addresses the  most critical question: why pray?
In 2005, he told  David Levy in  the Jewish Advocate: “I love tales, I always have,”  crediting the centrality of storytelling in his life to his early upbringing in the Hasidic world of Eastern Europe. “Hasidism is not only tales, but it’s also tales. No other religious movement concentrates so much on storytelling and tales as the Hasidic movement,” he said.
Professor Wiesel is introduced by his long-time friend, former University President Dr. John Silber.
Running Time: 54:06.