Congresswoman Ayanna Pressley  of Massachusetts’s 7th congressional district recently came forward about her natural hair journey. It’s a story of love, loss, healing, and acceptance as she herself has had to come to terms with what her hair means to the world and to her image.

In January of 2020, Pressley came forward about her struggle with having alopecia (sudden hair loss). Pressley speaks on behalf of the journey that all Black people deal with as natural hair has always been seen as defying and even defiant. For years, Black hairstyles––especially on Black women––have been criticized as “ghetto” and unprofessional. Hair for Black women, regardless of if you have it or not, is political.

Learning to love your hair is a process, and when you do it’s so empowering. But losing it can feel like you’ve been robbed of the opportunity to reach self-love. Pressley’s decision to speak out comes from her passion to represent her community and others living with alopecia, and also to find healing within herself. By learning to accept who she is for how she is, Pressley openly wears her hair bald. This short poem is inspired by Pressley’s journey, her passion, and her continual leadership to never let someone else tell her story unless herself.

I am not what you think

But I am all that you are

My hair is my weapon

My ability to be free from the reigns of your rule

No matter how it chooses to be, it sends a message to be known

Something that needs to be heard, more importantly shown

My blackness is my beauty even with no hair at all 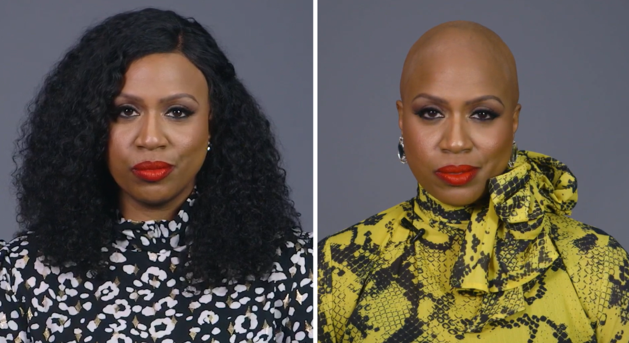 About a month ago, I saw an interview with Harry Styles in The Guardian. In the interview, the writer was incessantly asking Styles about his sexual orientation and all the details surrounding it. They pointed out that the cover of his latest album, Fine Line, features the bisexual pride flag colors: pink, purple and blue. Styles responded by saying that he chooses colors and aesthetics based on the fact that he wants things to look a certain way, not because of their meaning or implication.

The interviewer also directly asked Styles about his sexuality, to which Styles asked why that would be a question in the interview. He went on to say that it shouldn’t matter, stating “‘It’s just: who cares?’”.

By the end, the interviewer had probably got the hint that Styles was a bit confused by his questions, so he asked if any of the questions had bothered Styles. He replied with: “‘What I would say, about the whole being-asked-about-my-sexuality thing – this is a job where you might get asked. And to complain about it, to say you hate it, and still do the job, that’s just silly. You respect that someone’s gonna ask. And you hope that they respect they might not get an answer.’”

This interview really bothered me, and I thought about it for a while after I read it. I was not only bothered by the interviewer grilling Styles about his sexuality (because he’s right- it’s nobody’s business), but also by the fact that Styles said he knew he would be asked because of his job. Why is that? In my mind, it is so intrusive to ask that question of anyone, celebrity or not. He’s right that it is nobody’s business, but it also shouldn’t matter. I believe we ought to live in a world where sexuality is not something that should be labeled or questioned, but just accepted. It is what it is, and it should only matter to each individual- not the media, nor the tabloids, nor one’s fans.

I believe Styles took this interview in stride and handled the situation quite well considering the fact that the interviewer was clearly crossing a line. For the future, I urge fellow writers as well as those in the media to stop forcing celebrities to label their sexuality. It is the business of no one except the celebrity, and it endorses a culture of outing, labelling, and confining sexuality. Allow everybody to make their own private decisions about their life and way of living, free of labels. Once we start endorsing a culture that does this, the world will be a better place for all human beings.

My earliest memory that I can recall is trying to figure out why the terms “dark” and “beautiful” were inversely related. During frequent trips to India with my family, posters of light-skinned women littered each billboard, advertising a brand called Fair and Lovely. I remember feeling confused, noticing a disconnect between the porcelain models on the poster and my own darker complexion. Why were there no models with my skin color on the billboards? I asked my mother what Fair and Lovely was, and she explained to me that it was a bleaching product that whitens skin. Having grown up in the US with its white-washed media, this revolting product somehow made sense to me.

Since then, I felt incredibly insecure in my darker skin, believing that beauty was only achievable through being light. My aunt would chide my mom for letting me play in the sun, as it made me tanner. Boys at school started telling me I was “pretty for an Indian.” I would watch Bollywood movies that seemed to only cast actors based on how white they looked. I had the audacity to believe that fairness of skin tone equated to how lovely you were, and I let it consume me for years.

The Fair and Lovely epidemic is not specific to India. According to a recent study published by World Health Organization, 77% of Nigerian women have admitted to using skin lightening products. Why is this product so prevalent? The colorism connoted in the ads for these products portrays lighter skinned people as more desired and successful. The psychological implications of this are serious, with young women facing low self-confidence that negatively impacts their personal and professional successes. Such beauty standards can essentially direct the course of someone’s life, making them feel too worthless to pursue certain goals.

The bottom line: change needs to be made in the societal perception of beauty and product marketing. I think a lot about how I want the prevalence of colorism to change for the next generation. I think a lot about my future children, and it is scary to consider how this standard of beauty will make them feel in their own skin. I am terrified that whiter people will persistently dominate the workplace, and that the dark-skinned children of future generation will be too scared to pursue their dreams. As women of color, we have the right to sovereignty over our bodies, and the right to unapologetically embrace our melanin. Dark is lovely.