I’ll start off with the disclaimer that I have never actually seen an episode Girls. Currently, it is in the long list of shows I will one day get to.

However the show, and Lena Dunham in particular, seems to constantly come up in discussion of feminism and representation of women so perhaps I’ll get around to watching it sooner.

Recently there was some controversy over the question that The Wrap reporter Tim Molloy asked during the Television Critics Association winter press tour for the show.

The conversation being discussed goes as follows:

Molloy: “I don’t get the purpose of all of the nudity on the show, by you particularly, and I feel like I’m walking into a trap where you go, ‘Nobody complains about the nudity on Game of Thrones,’ but I get why they are doing it. They are doing it to be salacious and, you know, titillate people. And your character is often naked just at random times for no reason.”

Dunham: “It’s because it’s a realistic expression of what it’s like to be alive, I think, and I totally get it. If you are not into me, that’s your problem, and you are going to have to kind of work that out with whatever professionals you’ve hired.”

With the third season just being about to start, it makes sense that the show’s panel would be sick of getting asked questions like this.

But whether you watch the show or not, for a more elaborate response to Molloy and why female nudity can be powerful, and should be shown more frequently, I recommend going to this article: 6 Reasons Female Nudity Can Be Powerful 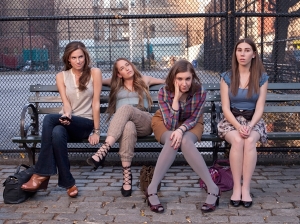 A breath of fresh air for the advertising world.