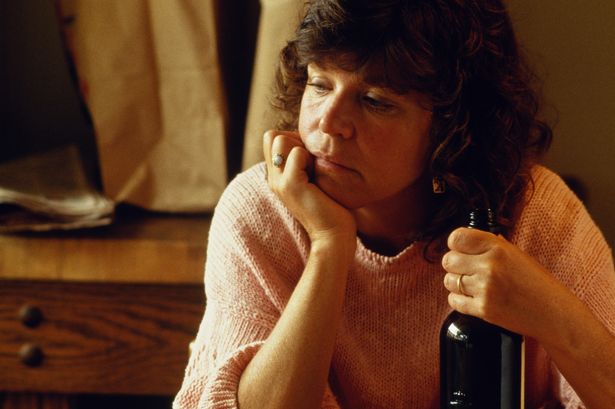 Not in My Circles: Uncovering Drug and Alcohol Addiction Around Us 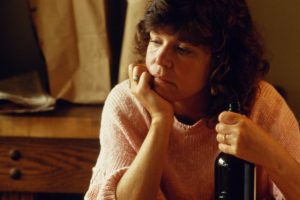 I was sitting in a circle of chairs, in a small back room of a church in Northampton, and I had no idea what I was doing there. It was mostly women in their forties, a couple of men, and my friend and I, a fifteen-year-old duo. Each person took a turn and talked about their last week, barely mentioning the word ‘alcohol’ or ‘addiction’. Everyone laughed and mmm’d at the right moments. When they finally got to me, I was so nervous, I just passed, and let the circle continue on without me.

After about an hour, everyone bowed their heads, said a kind of prayer that I didn’t know, and dispersed. I grabbed a couple of snacks, and my friend and I jetted. Once in the parking lot, we started giggling confusedly. This meeting was decidedly not for us. We walked into town and I never went back.

I drank possibly three times in my high school career. I smoked weed once. I was the kid who would discreetly search a drug slang dictionary to clue myself into a conversation that was going over my head. The world of addiction lived in certain corners of my community, but certainly not in my circles.

I had gone to my mentor because I was having a hard time getting along with my mother, but I believed it to be something every normal teenager went through. It didn’t have anything to do with addiction.

I Finally Saw an Alcohol Addict

After an extremely tense holiday following a nasty divorce, my mother and I settled into our Airbnb in Austin, TX. We were staying there for a half a week for me to apply for a couple internships, and we spent every waking moment together. We went to restaurants and museums and gardens. We even went to The Muttcracker, a holiday circus show with dogs. But amidst all this exploring, I had discovered something I didn’t expect: because we weren’t in the house, I witnessed every drink and every bottle of alcohol my mother purchased in real time.

On our last day in Texas, we were hiking along a dusty trail on a cool January day, and my mother confided something in me: she was thinking of adopting a baby.

I had to restrain myself from laughing, or worse.

And she sighed with incredible weight.

“I want influence someone’s life: I want to give my life meaning.”

This said by a woman who was married for twenty plus years; who has two children in their 20s, one who does not speak to her anymore, and the other with whom she has a very precarious relationship.

And I saw a big gaping hole in her that she had attempted to fill her entire life with her husband, with her children, with anyone who would care enough to remain close. I finally saw an addict.

Hand and Hand – Drugs and Alcohol in College Parties 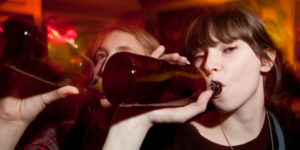 I was squeezing my way through the congested channels of an Allston apartment. After a few people that were doing cocaine left the bathroom (talking in drug slang and glorying the amount of at they have just done), I relieved myself. I considered taking another shot, but I knew I was going home soon. I tried to find the few other people I hadn’t chatted with: at BU School of Theater parties, not knowing everyone is a rarity. I find my friend Melody in the host’s room, among the score of old VHS tapes. I told her how much I loved the play she read in class last week, and she told me how much she loves me. Her legs were like noodles, and she toppled onto the bed. That’s when I realized she wouldn’t remember any of this in the morning. Last week her roommate had told me that Melody didn’t have a distinction between getting drunk and blacking out: they were synonymous to her. I asked the host if she needed help, and he said she would be fine. And then I went home.

Nothing to Do with a Person’s Morality

In the same way, I was so insistent that my mother wasn’t an addict, I find similar blind spots for my friends in college. Addiction is stigmatized and widely considered to stem from a moral failing. But in reality, it’s a disease that can befall anyone and has nothing to do with a person’s morality. It’s even more common among people who also suffer from mental illness, which lends itself to more complexity and difficulty in addressing problems when they arise.

This can be even more difficult with college aged artists, who are steeped in both college pressures and drinking culture, along with troubling myths about art-making. I’ve found many young artists believe that they have to suffer to make great art, and this can manifest in allowing addictions (and/or mental illnesses) to go untreated. Sometimes this has led to people finding help in addiction treatment centers; but most of the time, I see addiction and mental illness torturing my friends.

With all of this in mind, I want to encourage us all to look at ourselves and each other without judgment, and honestly assess our health. To open conversations with those we’re concerned about with compassion. To support and help each other find the appropriate support, be it with talk therapy, support groups, or addiction treatment centers. To keep in mind that we’re all just trying to get through the day in one piece.

For more information and resources about Drug and Alcohol Addiction Treatment or to view a Drug Slang Dictionary, check out The Treatment Center.

2 thoughts on “Drug and Alcohol Addiction Within Our Communities”