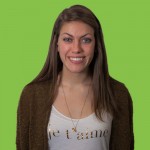 I can remember this time last year FREAKING OUT about moving to Boston and starting my freshmen year. I had been planning and organizing all summer since before I had even officially graduated high school. (You can see my ridiculously color-coded packing list on the first episode of last season’s COMLife http://www.youtube.com/watch?v=3A021MmXvZo). One of my biggest stressors last summer was getting all of my things from Florida to Boston. And making sure I had every thing I needed or could possibly need at my new home away from home. This summer I feel a little bit calmer about entering my sophomore year mostly because I know a little bit more about what to expect. One obvious thing that did not occur to me until after I arrived in Boston was there are stores in Boston, too, because other people live there too. There are clothing stores and office supply stores and Bed Bath and Beyonds. So it is okay if you forgot something because there is nothing you left at home that your family can’t ship up to you or you can’t buy.

The cold weather was also another unknown that I was trying to plan for. I thought that it would be a snowy blizzard outside the second I stepped off the plane and I had no coat because it is impossible to buy fleece in Florida. But you know what? I was wearing shorts on move-in day and bought a fan for the first couple of weeks in the air-condition-less dorms. There was plenty of time for me to find a winter coat, boots and hat once I was in Boston because it doesn’t get cold until at least after Halloween.