The Cheetahs have been very busy these past few weeks. Regular practices have continued as part of preseason training. The Cheetahs also hosted a round-robin tournament with Boston College and Northeastern University on Sunday, Sept. 28th at FitRec. Their record stood 1-1 at the end of the day, as they fell 10-9 to Northeastern, but through hard work and mental strength they were able to #BeatBC 6-5! For many girls on the team it was their first time playing in a water polo game, and everyone did a fantastic job. A special shout out to our freshman goalie Varsha Srivastava who blocked several difficult shots.

On Oct. 4th, the Cheetahs traveled to Worcester, MA, to volunteer and run in the Megan Lally Memorial 5K. The girls helped direct and cheer runners on throughout the race. It was also one of the first bonding activities they had out of the pool. A special thanks to Tessa Chapman, Katy Cooke, and Steph Borgestein who fundraised $175 and ran the 5K. Here’s a picture of the team in Worcester: 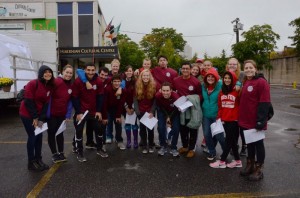 And finally, a big thank you to all of the fans who came out  to support us during our scrimmage and to those of you who cheered us on via Facebook and Twitter. We really appreciate it! Stay tuned for more updates as the girls look forward to another preseason scrimmage on 10/26. 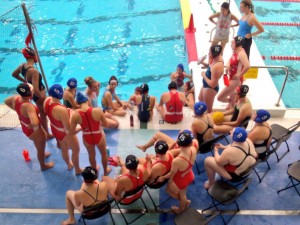