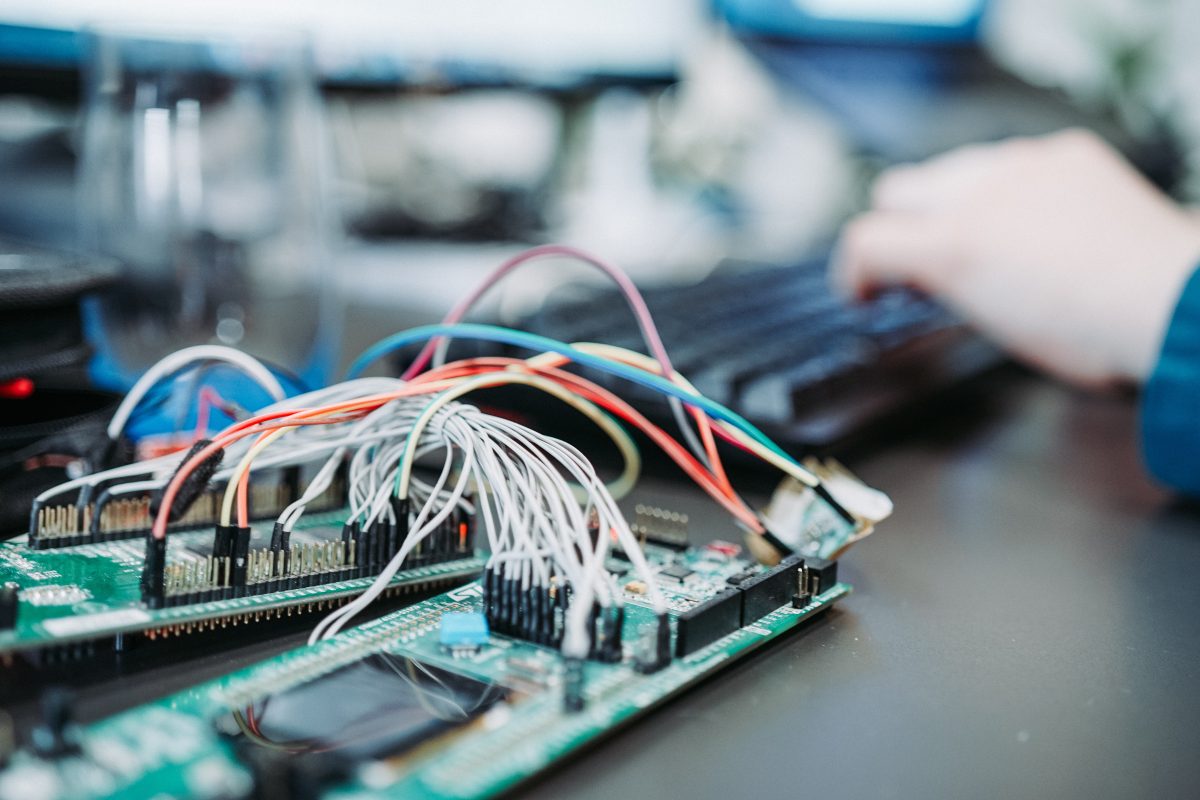 This article gives a brief explanation of two topics, and their intersection: Internet Of Things, and Blockchain. We then discuss the implications of these two technologies coming together, and the societal impacts.

The Internet of Things is a network of physical devices, vehicles, home appliances, and other items embedded with electronics, software, sensors, actuators, and connectivity which enables these objects to connect and exchange data [1] Each thing is uniquely identifiable through its embedded computing system but is able to interoperate within the existing Internet infrastructure. Experts estimate that the IoT will consist of about 30 billion objects by 2020.

While readers of this blog will be intimately familiar with the topic, we will include here a very cursory and condensed summary of what the blockchain is, for those new readers. Without further ado: The blockchain is a distributed database that maintains a continuously growing list of data records that are hardened against tampering and revision. It consists of data structure “blocks”—which hold data in most blockchain implementations—and two rules: (1) that the block can contain only a certain type of information and (2) that the information in a block cannot be altered retroactively without the alteration of all subsequent blocks containing the altered block. Each block contains a timestamp and a link to a previous block.

Blockchain technology was introduced in the 2008 paper, Bitcoin: A Peer-to-Peer Electronic Cash System. The blockchain was conceptualized by an unknown person or group of people under the name of Satoshi Nakamoto. To date, no one knows the identity of the person or group. Now that we have that out of the way, let’s continue.

How blockchain and IoT come together

It is not a surprise that IoT and blockchain are coming together given the fact that both are emerging technologies at this time in history. They’re also well suited to each other, because blockchain is based on a distributed database, and IoT is based on a network of physical devices, often physically distributed around the world. Blockchain can be used to provide a tamper-proof data storage capabilities for IoT applications. Further, blockchain can also be used to manage and control devices, especially ownership of the devices, and any credits used to make use of the devices.

Blockchain technology is a good fit for IoT applications due to the following reasons: Firstly, it’s a cryptographically secure distributed system: you don’t want your toaster to start going haywire when hackers break into the toaster manufacturer’s centralized servers. These kinds of problems are less of a risk with blockchain, because it is a distributed architecture with no central point to act as a weak point, and blockchain inherently provides data integrity and authentication. That is, it is a secure system (built on cryptography), as opposed to frail and fallible human checks and balances.

It is interesting to see how IoT and blockchain are coming together. The following are some of the applications, as pointed out by us:

The privacy of the users of IoT devices is at stake due to the following reasons:

Because all of the information on the blockchain is permanently, publically available to everyone, some privacy concerns should be considered. It is entirely possible that a careful analysis of a blockchain could reveal patterns of behavior that were not intended to be shared or made public. In one of the examples above, this approach could lead to tracking the location of the supply chain items, and inferring the amount of trade or volume that a business is undertaking. Commercial businesses are better prepared to deal with such problems, and also (mostly) have less personal information to be concerned about. However, individuals are both less aware of the risks, and have much more personal information to protect. Combine this thought with the fact that more and more intimate and personal devices are becoming internet enabled (For example, a high quality pelvic floor trainer). So, careful consideration about whether to use blockchain or standard, highly secure internet protocols, should be undertaken.

Blockchain is a new technology that has gained popularity in the last few years, and it has applications in various industries, including banking, finance, healthcare, and supply chain management. It is interesting to see how the blockchain is coming together with the IoT, and the implications of this combination, including privacy impacts. We will continue to discuss the implications of this combination as IoT and blockchain become more mainstream.