When John Bean Brown graduated from Boston University School of Medicine in 1900, the institution he left, like most medical colleges throughout the country, had yet to undergo the changes that would usher in the era of the modern medical school. It would be another decade before the Flexner Report was released and two decades before BUSM abandoned homeopathy.

Several of John Bean Brown’s Report Cards and Other Documents from Four Years at BUSM: 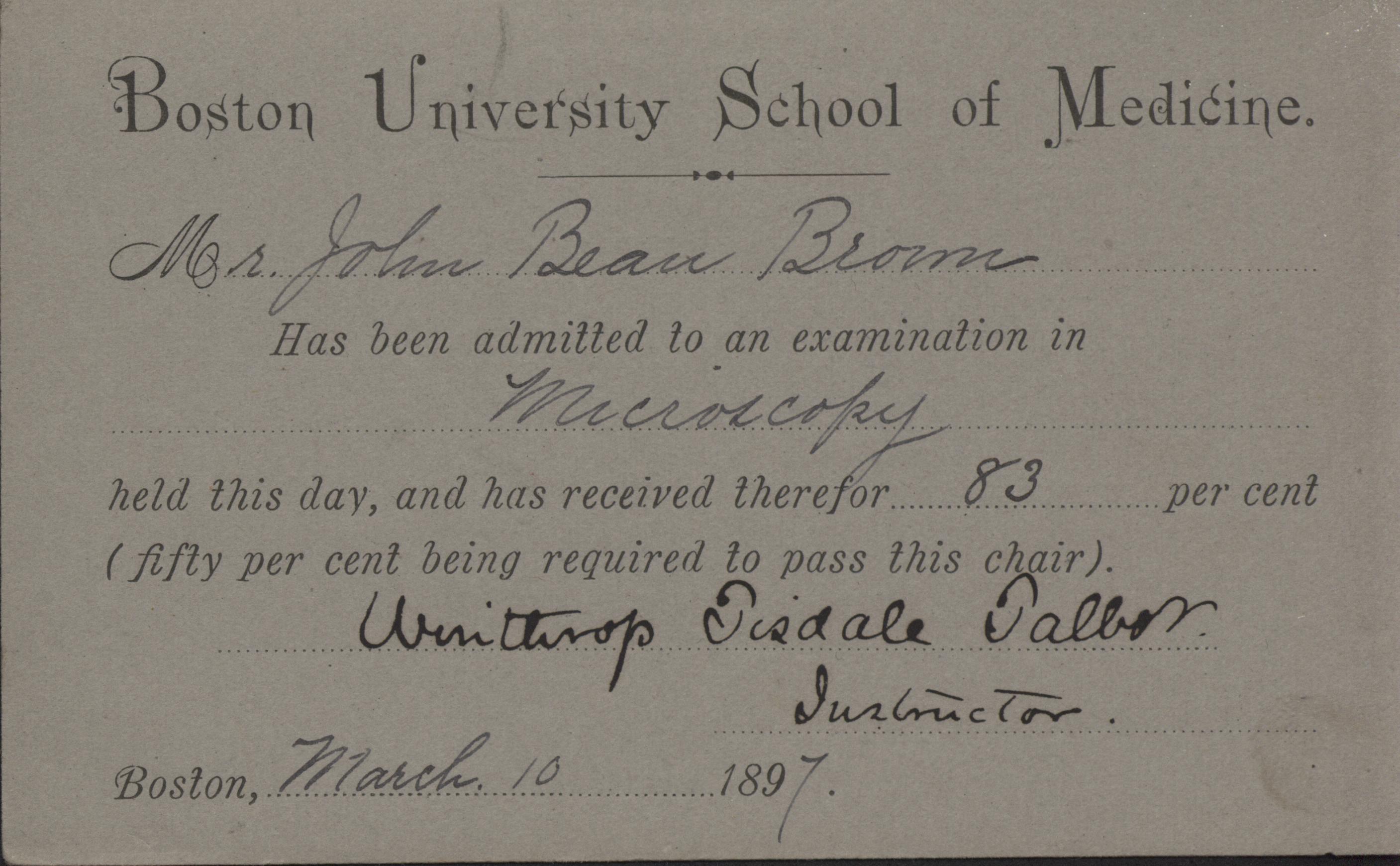 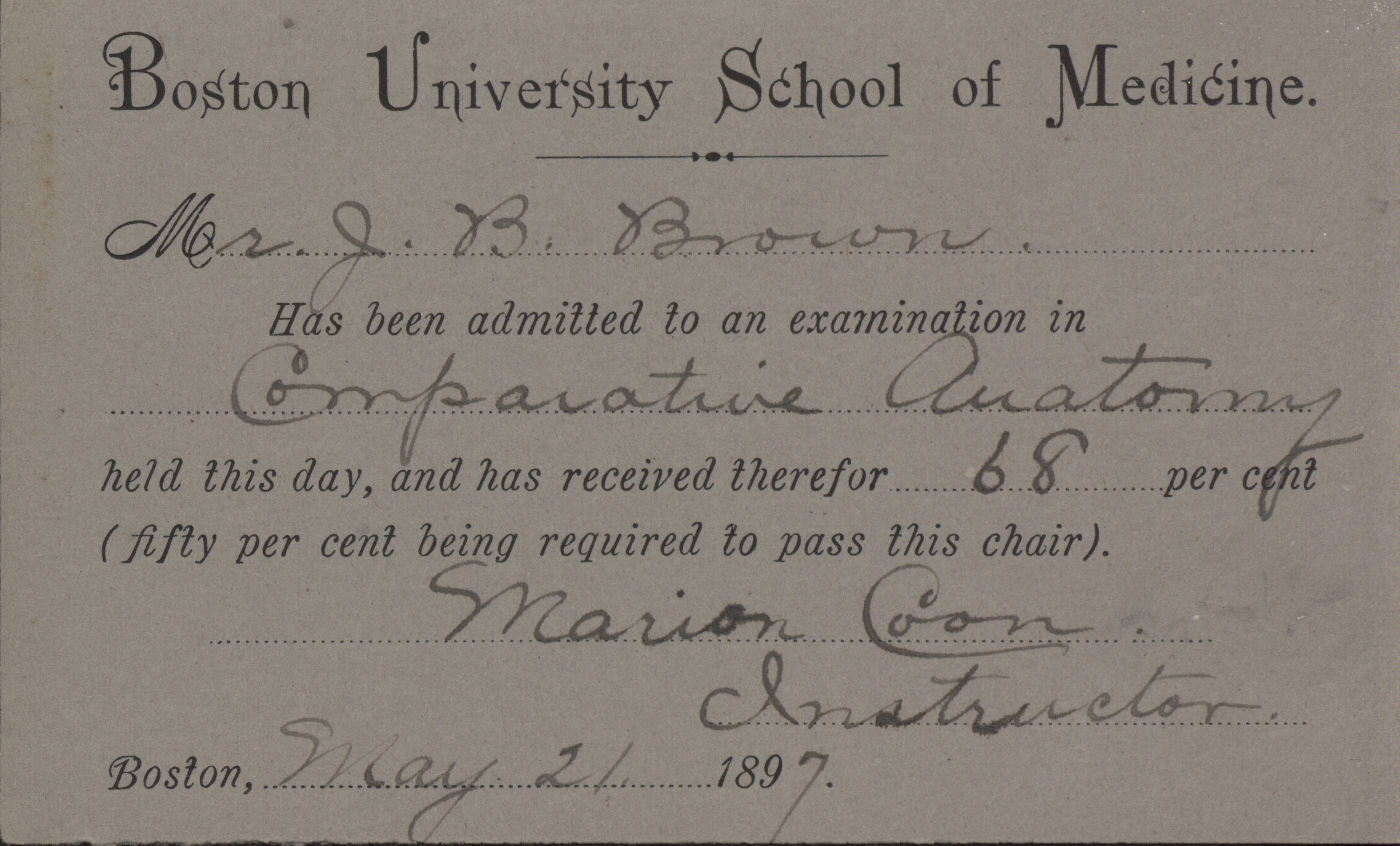 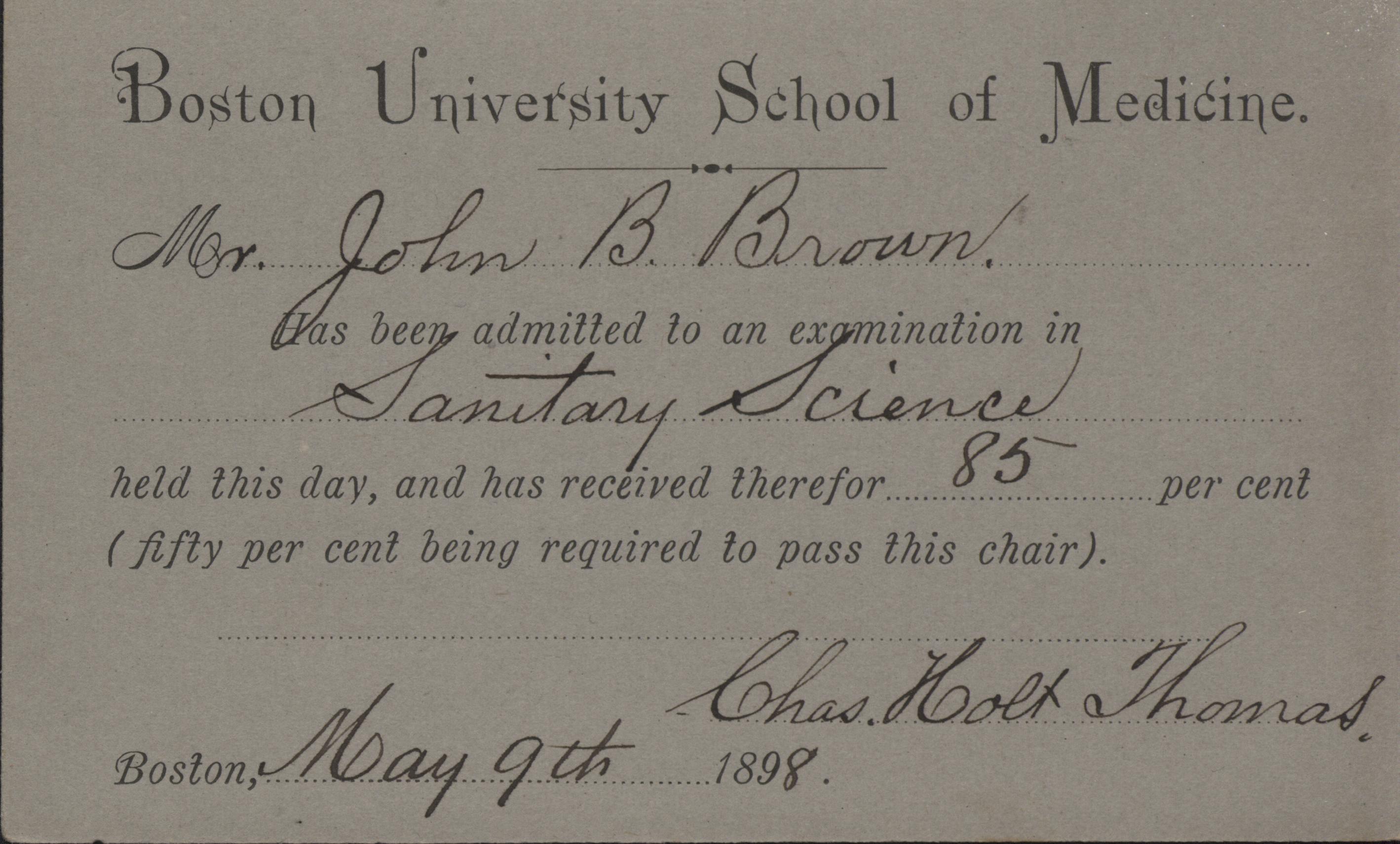 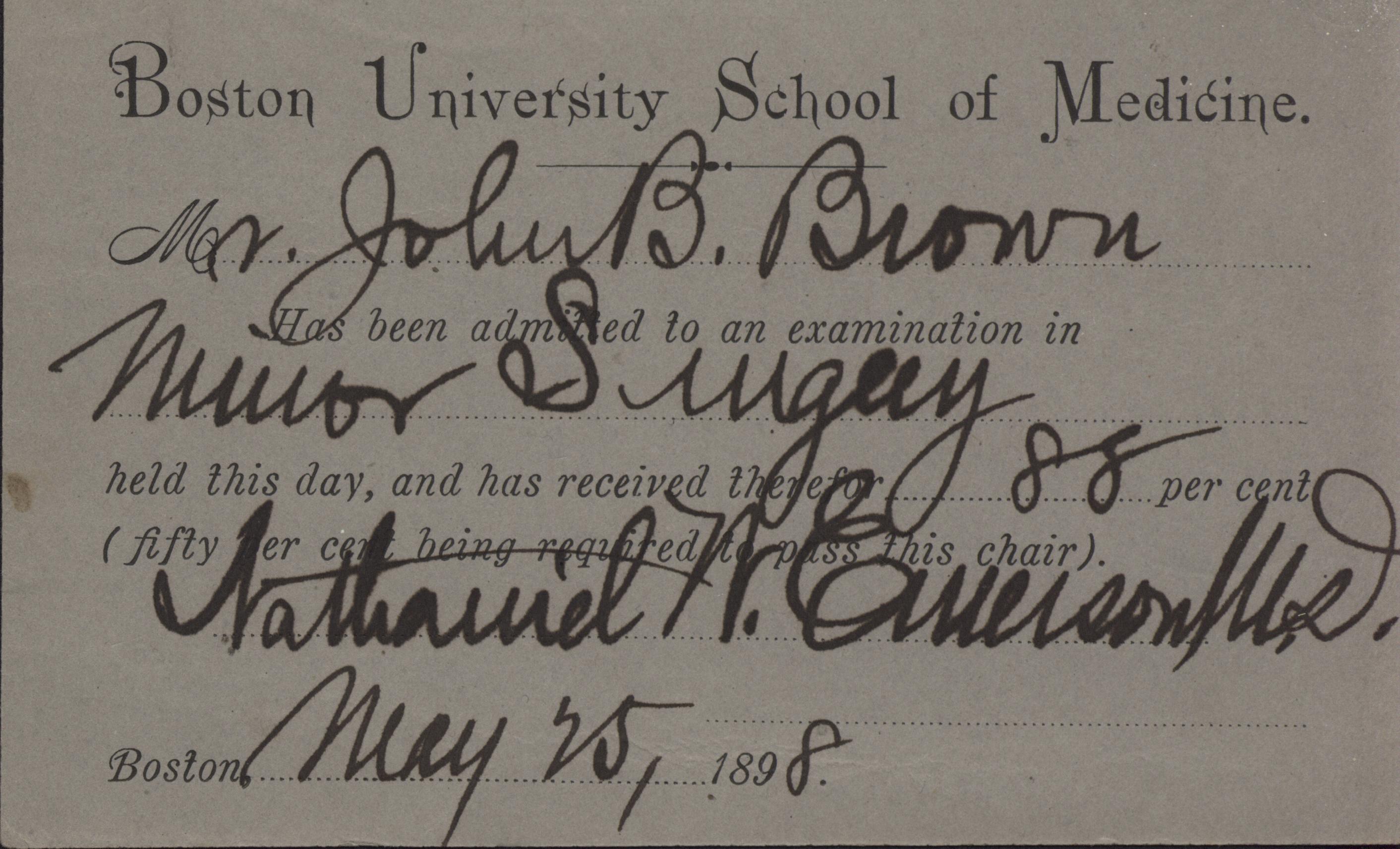 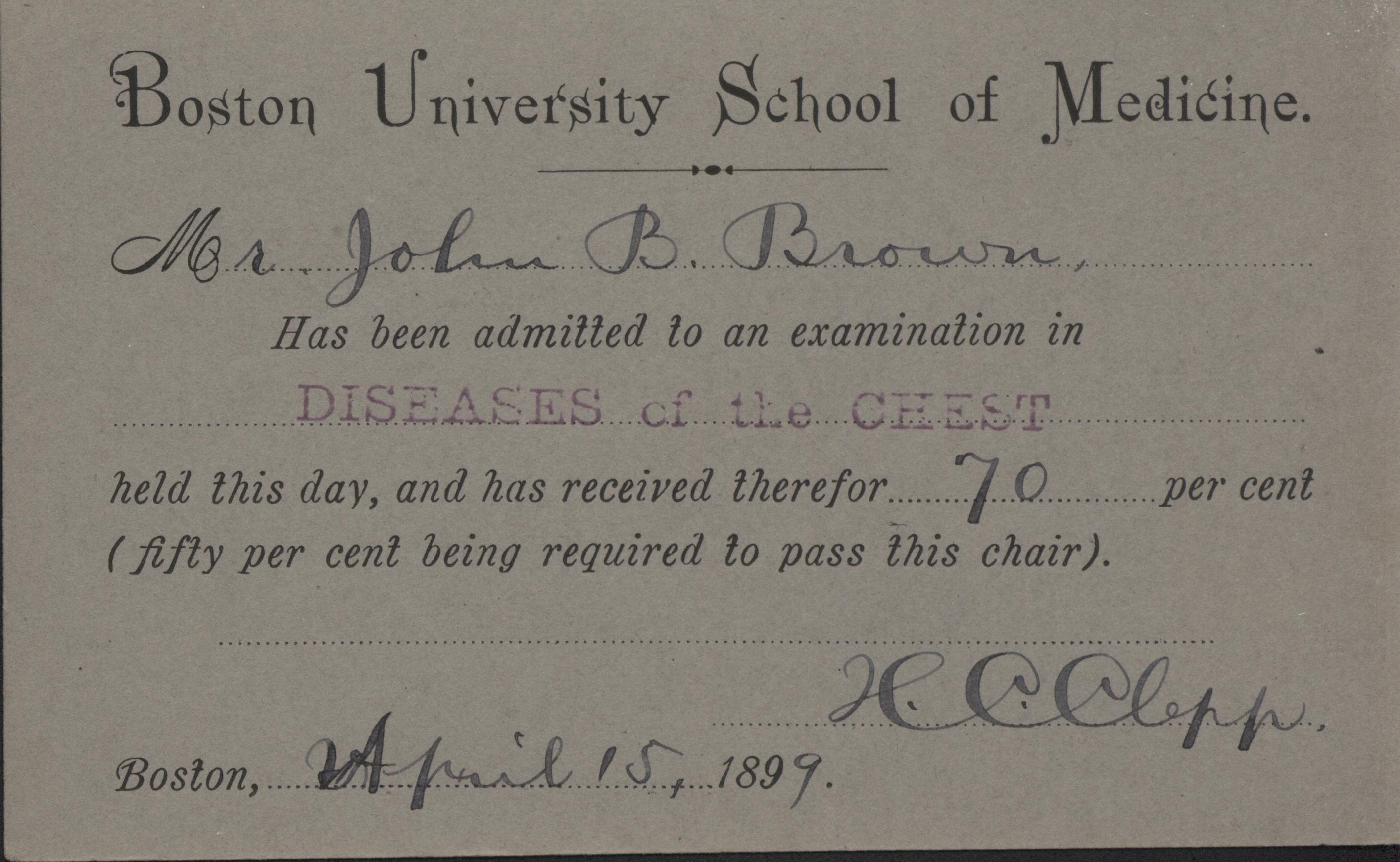 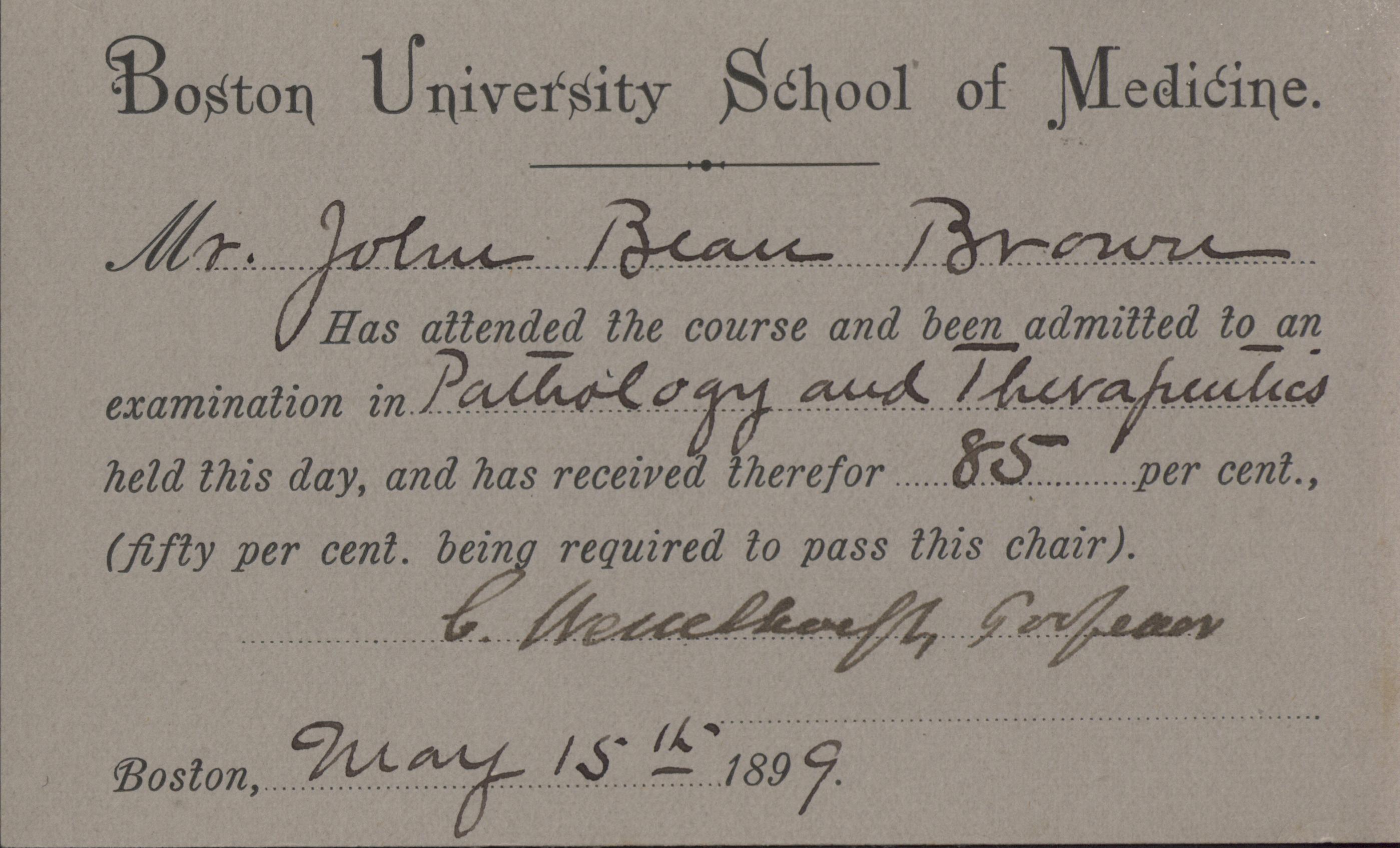 After graduation, John found employment at Fergus Falls State Hospital in western Minnesota. The hospital was a recently built Kirkbride Plan mental facility, whose superintendent was a graduate of BUSM. John likely served as an alienist, as psychiatrists were commonly called at the turn of the century.

John Bean Brown died on May 10, 1925. He was 53. His death certificate lists a pulmonary abscess for 10 days as the cause of death.

It notes that he also suffered from ten years of chronic bronchitis. His obituary mentions that he had been “an invalid for 18 years,” though it does not offer specifics.

While John had outlived his wife, Mary Ingham Brown (1874-1921) by four years, he may not have been alone during his final days and moments. The physician certifying his death was a classmate at BUSM, and his funeral was attended by a number of colleagues. In addition, the Freemasons’ burial ritual was performed graveside and his stone is adorned with a Masonic Square and Compass. John Bean Brown remains buried next to his wife at Pine Grove Cemetery in Manchester, NH.

One thought on “The Documents of John Bean Brown” 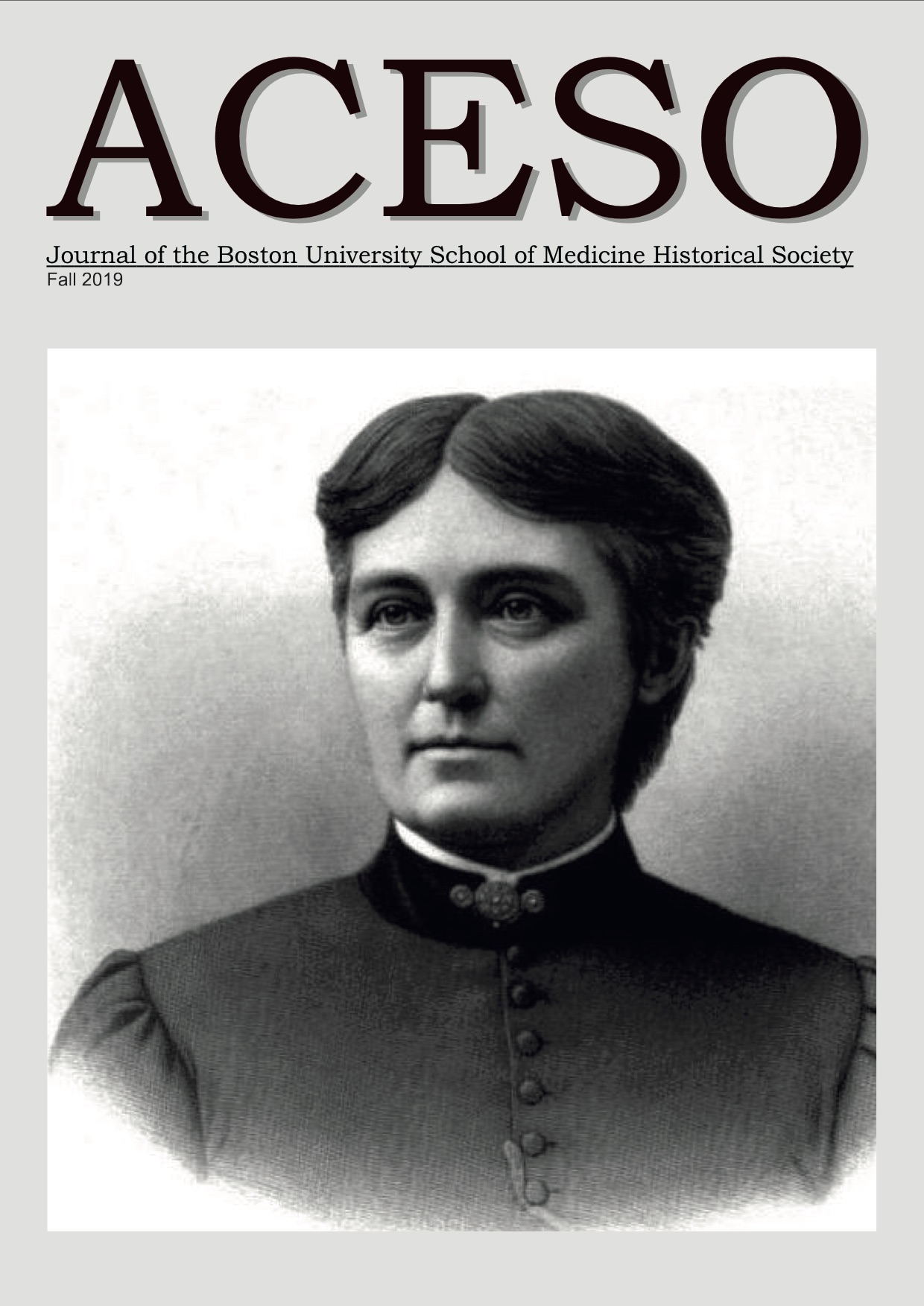