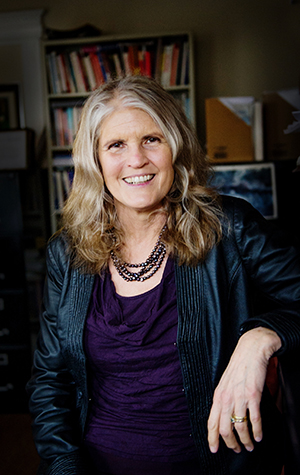 Professor; Director, Center for the Study of Europe

Cathie Jo Martin is professor of Political Science at Boston University and Director of the BU Center for the Study of Europe in the Pardee School. She is also president of the Comparative Politics Section of the American Political Science Association, former chair of the Council for European Studies, and co-chair (with Jane Mansbridge) of the 2013 APSA Presidential Task Force on Political Negotiation.

Her current work explores the cultural origins of diverse education systems (using computational analyses of British and Danish literature) and the impacts of these systems on the social inclusion and low-skill youth. Her most recent book, The Political Construction of Business Interests: Coordination, Growth and Equality (co-authored with Duane Swank, Cambridge University Press 2012) won the David Greenstone book prize from the Politics and History section of APSA. The book investigates the origins of coordinated capitalism and the circumstances under which employers are persuaded to endorse social policies promoting economic productivity and social solidarity.

She is also author of Stuck in Neutral: Business and the Politics of Human Capital Investment Policy (Princeton University Press, 2000), Shifting the Burden: the Struggle over Growth and Corporate Taxation (University of Chicago Press, 1991) and the co-edited (with Jane Mansbridge)Political Negotiation (Brookings 2015). She has written articles appearing in journals such as the American Political Science Review, World Politics, the British Journal of Political Science, Comparative Political Studies, Governance, Socio-Economic Review and Politics and Society among others.

She has held fellowships at the Radcliffe Institute for Advanced Study, the Russell Sage Foundation, and the University of Copenhagen; in addition, she has received funding from the Robert Wood Johnson Foundation, the German Marshall Fund, the Danish Social Science Research Council, the BU Hariri Institute, the BU Humanities Foundation and the National Science Foundation. She holds positions of Visiting Professor of the Copenhagen Business School and Research Associate at the Danish Center for Welfare Studies, University of Southern Denmark. Professor Martin received her Ph.D. from the Massachusetts Institute of Technology in 1987.