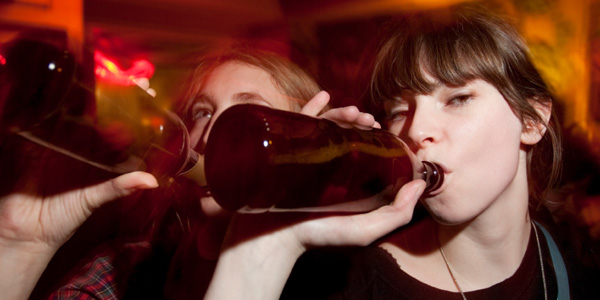 But You Look So Healthy!:  Perceptions of Bodily and Planetary Health (And A Little Bit About Alcohol’s Negative Effect on the Heart)

I will admit it: there’s a part of me that misses high school health class. Even though our developing bodies were sweaty, pimply alien things, it was refreshing to admit we even HAVE bodies! So much of the time now, I exist behind a computer screen: it’s easy to forget we’re humans!

At PVPA, the performing arts charter school in Western Mass, I remember playing a game called fish bowl: we would write down questions we had for the opposite gender, and then those would be anonymously asked. It was squirmy and funny and gross, but there was something magical about it. In health class, our bodies were something to be explored—we had to stay aware and in communication with them, because lurking somewhere in the future was our PERIOD! Or an ERECTION! And you had to be ready. Now at a ripe 21, I yearn to reconnect with my body. The pressures of post grad quickly approaching have often led me to abuse my body rather than nurture it. Abuse can come in many forms: lying around all day in front of a screen, not eating, binge-eating sugary sweets, and, if the day’s been dark enough, binge drinking.

Although it still boggles my mind that humanity has progressed so far that we pay institutions to encourage us to do physical labor, exercise and ‘healthy’ food have been commodified by the Gods of gentrification and the 1%. Not everyone has the money or time for gym memberships and local organic food (not that organic food is necessarily ‘healthy’). When true self-nurture seems out of grasp, short-term, hedonistic abuse is scarily convenient. But so often this abuse is cloaked in the myth of ‘treat yourself’ culture. With apocalyptic anxiety hiding in our sheets, instant gratification cannot come quickly enough. Feeling shitty? Eat a pint of ice cream. Mad at your friends? Stay inside and binge-watch Netflix. Work draining your soul? Get drunk. Get so fucking drunk.

But no one would look at me and call me unhealthy. My doctor doesn’t even shame me for my poor eating habits. And why is that? Because it doesn’t obviously show. I’m stick thin, so I don’t get shamed for how I treat my body. Although apparently, it’s perfectly acceptable to shame fat people for their ‘choices’ (don’t get me started about how nutrition’s been distorted and put profits above the health of humanity). In a similar way to how alcoholics are perceived, how well someone is able to HIDE their problem determines its severity. Not the actual state of the problem (there are strong parallels to climate change here as well, but once again, you don’t want to get me started on that either). But our planet and our physical bodies can only take abuse for so long without repercussions. I was just reading the other day about how even moderate drinking can lead to and exacerbate pre-existing heart conditions. Just as I was reading about how in a century the tropical regions will be inhospitable to life. Certain corporations, neoliberals, and other apathetic entities have been contributing to our cultural blindness

BUT HELP IS AVAILABLE. FOR ALL OF THESE THINGS.

Healthy food can be and is cheap (check out Leanne Browns’ cookbook Good and Cheap).

Alcohol treatment centers are all over the place, and can give you the tools to help yourself!

There are brilliant people all over the world devising plans for agriculture, transportation, and city planning to bring down the world’s carbon footprint to save millions of future lives.

Health, sobriety, and carbon-neutrality are attainable. We have the tools to help ourselves in these scary, scary times. Maybe we can use some of that health class spirit: some of that beginner’s magic may help us along.