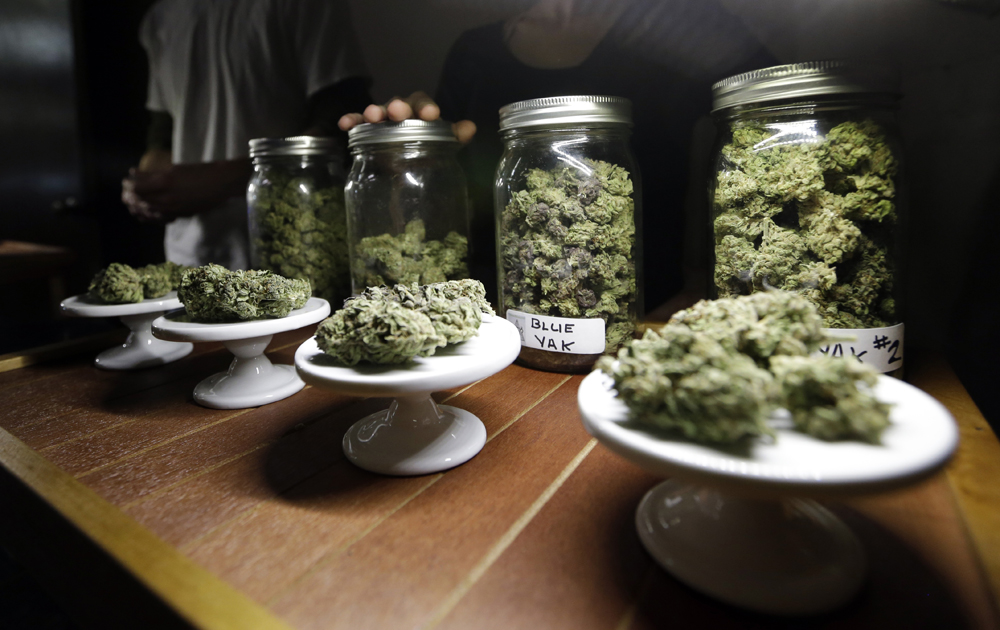 After election day this year, everyone I personally knew was extremely distraught. I knew people of color who didn’t feel safe leaving their homes on that day. I knew women who were catcalled even more. I knew people who were afraid of religious persecution being condoned by the President himself. But up in Massachusetts, there was a small group saying: “But hey, 420 though.”

Yes, marijuana had been legalized in California, Nevada, Maine, and Massachusetts this past November. More than half of the country has legalized marijuana in some form. I am reminded of the midnight lectures, courtesy of my stoner friends, professing the plethora of benefits weed has to offer us. I voted in favor of legalization because of its medicinal benefits and, more importantly, I didn’t want to see any more people of color go to prison for weed possession. Even with the spread of legalization, I would like to see states go further and release people who committed nonviolent drug crimes.

But there are so many questions that marijuana legalization brings to the surface: Does the government have a right to determine what someone puts into their body? How do drugs and other crime intersect? Is enforcing expensive drug laws worth the cost? What constitutes a ‘drug’?

The questions we ask ourselves about the effects of marijuana and our culture’s relationship to it illuminate the nature of other drugs our culture takes for granted: alcohol.

Let’s be clear: alcohol is a drug. A drug is defined as a chemical substance that affects the processes of the mind or body. The idea of a ‘substance’ can become habituating or addictive is one associative definition. Alcohol is a depressant, which means that it slows vital functions. But even though it’s classified as a depressant, the effect is determined by how much is consumed. Most often it’s used as a stimulant, which can occur after just drinking a few beers.

As a youngin, I was far more frightened at the prospect of marijuana than of liquor. My mom drank like a fish and it was a part of my household. My parents would let me drink in high school, and were very lax about the whole thing. Drinking was almost like a right of passage: an inevitability.

But, because of its illegality, marijuana wasn’t a part of that at all. As early D.A.R.E. programs informed us, marijuana was the gateway drug to heroin, cocaine and all the other drugs plaguing our beloved child stars.

Even though alcoholism takes five more lives each year than every other drug combined. These deaths can be specifically associated with diseases associated with alcoholism, (including Fatty Liver Disease, Alcoholic Cirrhosis, and Alcohol Hepatitis), drunk driving or other accidents involving impaired motor control. I hate to be that guy, but I’ll say it: ‘nobody ever died from weed.’ Binge-drinking on the other hand, alcohol-poisoning, liver disease: basically, you can’t say the same for alcohol. Every day in America, another 27 people die as a result of drunk driving crashes.

Alcohol is glamorized in our culture, consumed by every socially acclimated Tom, Dick and Harry, to the most divine celebrities of Hollywood, whereas weed and other harder drugs are reserved for people undeserving of our respect (hippies, drug addicts, etc). This can be dangerous because although some people can control their alcohol intake, some people cannot stop after one drink, and can have no way of knowing until it is too late. Think of your freshman year, and go back to your first party. Even if you have a safe and healthy relationship with alcohol, it can be difficult to resist the peer pressure to drink, especially when alcohol comes with a guarantee to relieve social inhibitions. Most Americans will try alcohol in their lifetimes and continue to drink. This probably isn’t surprising, but this sets it apart from all other drugs.

I want to end this with saying that although I don’t think it would be helpful for alcohol to criminalized, I want to encourage everyone to question the cultural ‘inevitability’ of alcohol. How can we become more mindful of how and why we regulate drugs to inform more educated drug regulation?