Mental Health: The Artistic and Moral Failure of 13 Reasons Why

Let’s begin with the power of stories. I’m gonna take us WAY back, and take a look at Plato’s Republic. In Republic, Plato paints a picture of an ideal society. In it, he attacks the concept ‘mimesis’. Mimesis roughly translates to imitation, meaning any kind of art when a writer or performer pretends to be someone else. This extends to fiction, poetry, theater, film, anything with characters and a narrative basically. According to Plato, you couldn’t have any of this in a perfect society, because to tell a good story, you have to include characters that do bad things or have unfavorable qualities. So in order to perform or write about characters like this, the artist has to explore or realize those unfavorable qualities within themselves.

Not only was he saying life imitates art, he was saying stories have the power to influence. Basically, Plato was saying art, particularly bad art, is dangerous.

13 Reasons Why is a perfect example of what Plato was talking about when he was shitting on mimesis. 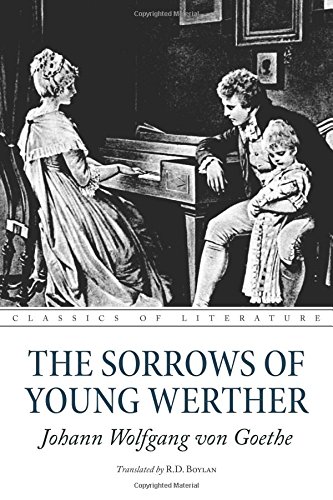 Ever heard of the Werther Effect? The Werther Effect occurs when there’s a spike in suicide rates that resemble or are inspired by suicides that are widely depicted in the film, fiction, or other media. A vulnerable person, without access to the proper resources, will be triggered by the narrative, and emulate that character’s suicide, creating what’s known as a ‘suicide contagion’. We’re already seeing this happen with suicide clusters in Colorado and California. So before you jump to defend the artists’ freedom to create whatever they want, consider the goals of their show, and remember that art is powerful.

Trigger Warning: I’m going into this assuming you’ve watched or read a synopsis of the show. Spoilers ahead, obviously.

Let’s talk about the transfer of mediums. 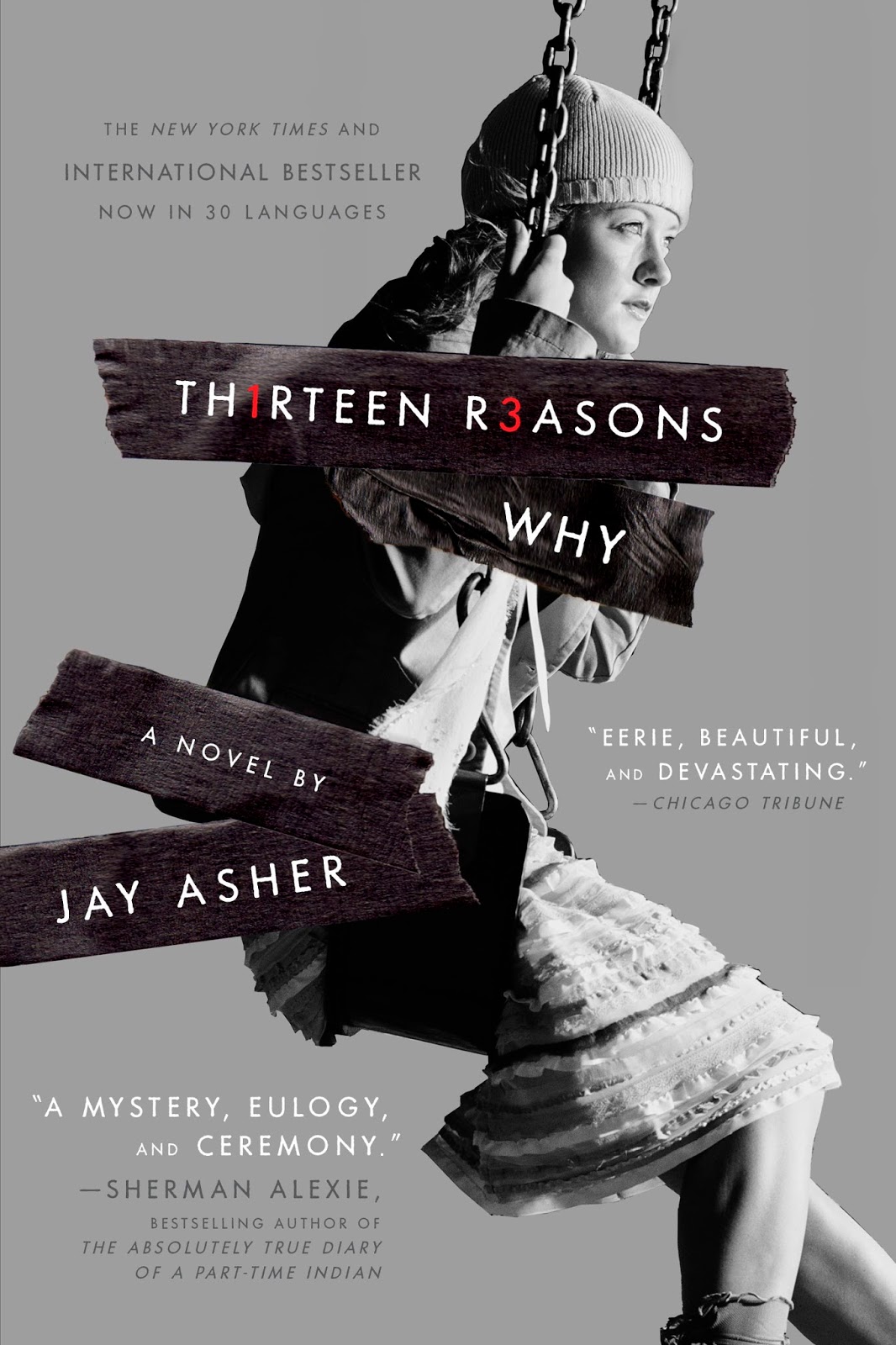 13 Reasons Why was originally a book written by Jay Asher. Producer Selena Gomez, playwright Brian Yorkey, and director Tom McCarthy picked up the novel to adapt into a television series.

In the novel, Clay listens to each tape in one night, and the rape and suicide sequences are far less graphic. For the purposes of the show (which Selena Gomez made very clear was to educate teens about suicide), Clay listened to the tapes over the course of a week or so, expanding the narrative to fit neatly into 13 episodes. Aesthetically pleasing, sure, but it does nothing for the show other than extending the torture.

It’s rising action includes gratuitous and exploitative rape scenes, which makes it nearly impossible for sexual assault victims to watch without being triggered. Its climax is Hannah’s suicide, and although in the book she swallows pills, the creative team of the show deemed it necessary for Hannah to slit her wrists. Reading about these sequences is different: you can put it down at any time, and you’re meant to pace yourself. But watching a series has a different set of rules. Sure, you can pause and take breaks, but let’s be honest, with Netflix in particular, shows are designed to be binged. Even with the trigger warnings in the beginning, if all of your friends are watching it, is a teenager really gonna heed the trigger warning?

The hit series about teen suicide has another gaping problem: it never mentions mental health or depression. This show, and its protagonist, puts all the responsibility on the environment: on the school itself. And I swear, if I hear ‘We all killed Hannah Baker’ one more fucking time, I’m going to eat a chinchilla. There are lots of reasons why people commit suicide, but it’s always a combination of the person’s mental state AND their environment. If we follow the logic that a toxic environment alone causes suicide, then everyone in the school would’ve killed themselves. This doesn’t happen. But because mental health isn’t addressed, the show perpetuates the idea that people commit suicide for attention.

I want to be perfectly clear: it’s understandable to blame yourself when a person takes their own life—chaos theory, the butterfly effect, all these theories make sense. But these theories don’t place blame on any single individual, and to do so is extremely dangerous. Even though all of the students could’ve, and should’ve, treated Hannah better, none of their singular efforts could’ve saved her. Which brings me to all of the bullshit that is Clay Jensen.

Watching the series through Clay’s eyes, on the one hand, is satisfying: it’s refreshing to see a young white man give a shit about girls who were assaulted, to have the shit kicked out of him to get a confession out of a rapist.

On the other hand, his character sports an imperialist, white savior complex, which is fully realized once we get to his tape. In the school that’s filled with backstabbers and secrets, Clay Jensen is pure; he merely wanted to love Hannah. In the aftermath of her death, he is her vengeful angel, punishing those who mistreated her. All of this mildly troubling rhetoric climaxes in the final episode in his conversation with Mr. Porter:

“I cost a girl her life because I was afraid to love her.”

I almost threw my computer across a room.

I don’t know how to put it any clearer than this. The whole premise of the show, that these people were the ‘reasons’ she killed herself, culminates in this problematic and harmful notion that suicide isn’t related to mental health.

Hannah’s classmates did some horrible things, but they would’ve been horrible if she didn’t kill herself. But within the context of this series, her death and the tapes were the only way to bring justice and truth to light. This is the way the show romanticizes suicide: when the protagonist achieves poetic justice by way of her suicide, it can inspire vulnerable teens to commit the same act.

The creative team of this show had good intentions: they wanted to create a dialogue. They wanted to shed light on teen suicide and give students and their parents the tools to talk about slut shaming, bullying, sexual assault, and substance abuse. But they ignored the advice of mental health professionals, they made it impossible for sexual assault victims or suicidal populations to view their show without being triggered: they realized Plato’s fear. I hope Netflix discontinues the series and takes the down the first season. I hope we all begin acknowledging the danger of bad art. 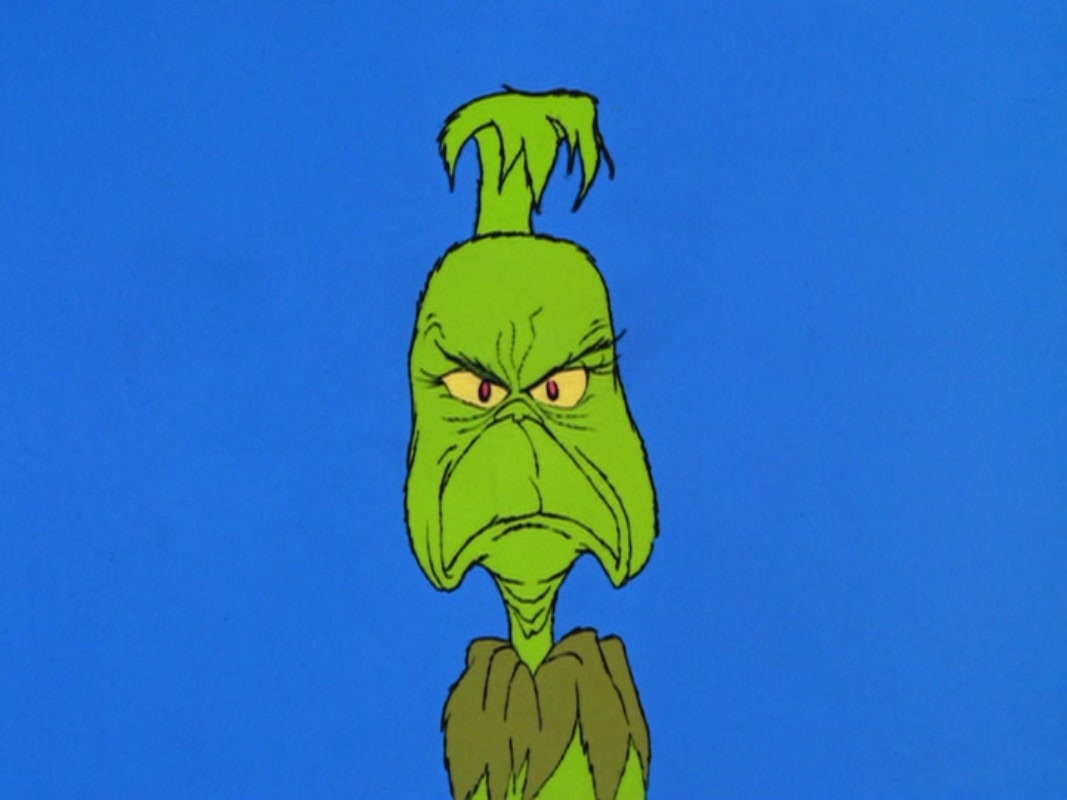 With millennials taking the cake for the most stressed generation, practices like yoga, meditation, and self-care, in general, are becoming increasingly commodified. Going to spas, meditation retreats and weekly or even daily yoga classes become trendier by the day, and the idea that mindfulness is only for the wealthy and the white seeps deeper into our consciousness. And if you’re like me, you wouldn’t touch this faux-enlightened, gentrified, culturally-appropriative, capitalist garbage with a thirty-nine and a half foot pole.

Understand, I’m no stranger to the artsy, new age hippies. I go to theater school, and over the past four years, have basically whittled my skills down to rolling around on the floor and out-of-context vocal exercises. BUT learning mindfulness was an essential component of my training and HAS helped me in my everyday life deal with anxiety, depression and stressful situations.

So today I am here to demystify mindfulness and spread it to the masses! Despite how cult-y yoga and meditation can appear, you don’t need to be a trust fund or a floating embodiment of positivity to learn and practice mindfulness. You can be a Grinch and still practice awareness, presence, and self-compassion.

What is this mindfulness thing?

Well, my fellow grinches, mindfulness is just being aware of the present moment.

That’s it. I swear. Just staying present with your body’s sensations, your thoughts, and your emotions without placing judgment on them.

You may not know it, but you may have been practicing mindfulness without even knowing it. Our friends at The Treatment Center have put together a helpful quiz to gauge your how often you use mindfulness.

So what’s so great about it?

No grinches are immune to anxiety or worries. Using simple mindfulness exercises helps to ground you, and better prepare you for dealing with stressful situations. Mindfulness helps you listen to signals that your body gives you, and helps you manage your emotions and resist immediate impulses.

But HOW do you practice this mindfulness thing?

There are a couple different mindfulness and relaxation techniques.

Being Present: This can be done anywhere: just take stock of what you’re feeling. What kind of thoughts are you having? What emotions are you feeling? How does your body feel? Give attention to each of your body parts, and special attention to the rhythm of your breath. Take in information from each of your senses. This method in particular help people in the middle of panic attacks.

Acceptance: Once you’re present and aware of yourself and your surroundings, try not to judge wherever you’re at. Because of all those rich yuppie gurus who ruin everything, you’re probably going to think you’re not doing it right or you should be having a different reaction. But this is a part of practicing mindfulness! We work to accept thoughts, emotions and states as they are, and hold back from dubbing something ‘good’ or bad’. The more you accept what you’re feeling and thinking, the more time you give yourself to decide how to react in a given situation.

Awareness Meditation: Sit down anywhere that’s comfortable, and bring your attention to your breath: In and out, in and out. When your focus moves to something else, just gently guide it back.

Routines: You heard correctly, grinches: you can do this during any almost activity! When you’re walking, doing dishes, working, even while you’re ruining Christmas. Just keep taking in your surroundings, and observing your thoughts and emotions.

But I’m a Grinch! Taking care of myself and my emotions don't sound fun!

Time for some hard truth, grinches. Everybody needs self care. Self care isn’t glamorous or very much fun, but it’s gonna help prevent us from reacting impulsively or sinking into an unpleasant mental state. Mindfulness gives us the ability to reflect before reacting and letting emotions pass through us. This is a holistic therapy you can give to yourself. Students in particular benefit from mindfulness, because when anxiety and stress aren’t dealt with, students are more susceptible to depression, substance abuse addiction and other mental health issues. 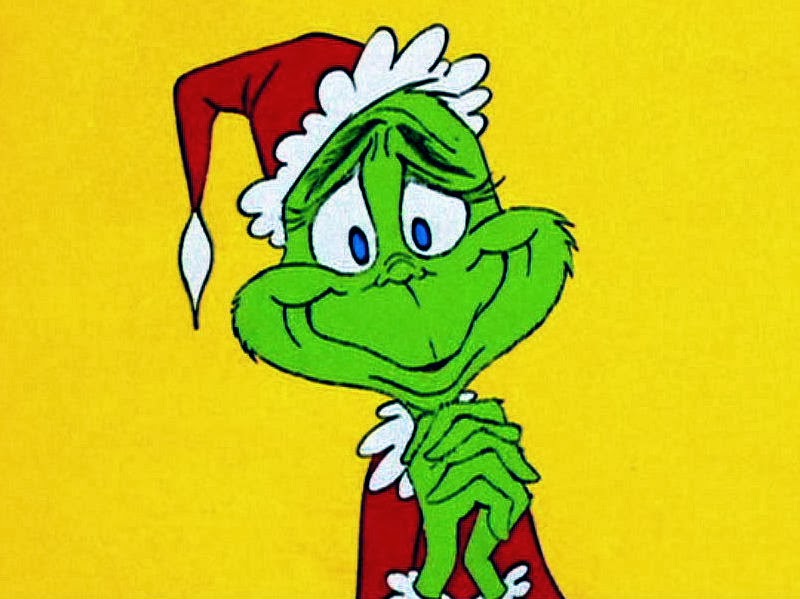 So go forth! Use these skills! Find some inner peace and self-love without spending a lot of money and being an appropriative jerk wad about it!