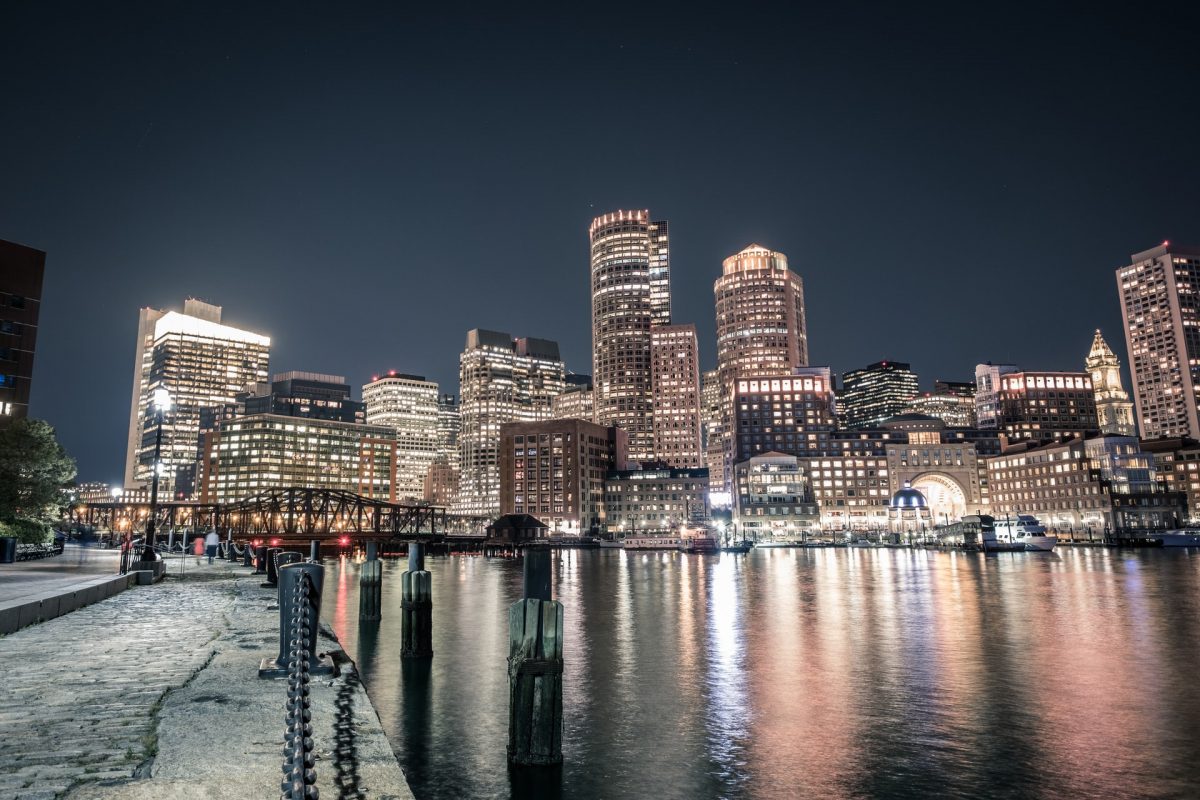 Here at Boston University there are a lot of smart, tech-savvy, well off        people. College isn’t cheap, so it’s essentially a filter that selects for those people whose parents are able to afford the tuition. Many people associate Boston University with tech (and other disciplines). So, wouldn’t all these aspects and contributing factors point towards Boston University (and surrounding neighborhoods, businesses and shops) being the perfect breeding ground for the adoption of blockchain technology, such as Bitcoin? Let’s explore the nuances of all the motivating factors, and why, unfortunately, this isn’t necessarily the case.

In a small and close-knit community, where everyone has the stated goal (at least implicitly stated) of learning full time, it’s easy to imagine how there would be little distrust and even less suspicion. Meaning, if you’re about to visit a nearby dorm to buy some second hand furniture, you’re probably just going to walk on over to take a look, with some cash in your pocket. You’re not going to do in depth research on the student’s buying and selling history in some kind of centralized review system (as the one that arose as part of eBay and other online marketplaces). There’s no need! You implicitly trust them enough to appear at their dorm and not be robbed. Cash will do, in this case. So in fact, a small, close-knit and trusting community is (on reflection), not the ideal incubator for the adoption of Bitcoin, that we thought it to be.

Let’s say that we take some portion of (our parents) hard-earned money out for a spin, to the nearby town for some shopping. When visiting local stores, venues, bars and other favorites of the undergraduate demographic, let’s consider the user experience of fiat currency, compared to the new and promising blockchain solution: Bitcoin. The first hypothetical bar we venture into proudly states “cash only”. An instantaneous and fatal defeat for blockchain’s strongest challenger. The network-effect of cash is simply too strong; business venues such as bars are already running on razor-thin margins, fighting to maintain profitability by decreasing their prices as far as they can, and even cutting out card payment facilities, to save money on the cost of card payment fees, and recurring terminal rental fees. Is this good for the customer? No, not at all, it’s incredibly inconvenient. And the business is knowingly inflicting this upon their customers, they don’t mind, because people will go to the effort of walking to an ATM, and go to the cost of paying the ATM fee. This does not bode well for our blockchain challenger: Using Bitcoin in person (so far) is even more inconvenient than going to an ATM. There’s difficulty in specifying the exact amount to be paid, and even more difficulty when waiting for confirmation that the block has cleared (often, taking 10 minutes). You can walk in, drink a beer, and leave, all before 10 minutes is up.

The reader may cry foul, that we’ve selected only one, extremely difficult use case for our considerations. In fairness, let’s turn our focus to business transactions that a Boston student may wish to make with bitcoin. Suppose they’ve started an entrepreneurial venture (not uncommon, during college years). If the service takes some time (from one day to several weeks) to deliver, depending on the complexity of the requirements, then the price of bitcoin will have fluctuated wildly in between, potentially rendering the student surprisingly well off or surprisingly unable to pay the bill. Even if you stay on top of the latest cryptocurrency news, it’s very difficult to predict where the price will move next. Our example business would sensibly accept fiat currency, while our hypothetical student would sensibly not leave his funds at the mercy of the volatility of the market.

So far, the scales of convenience, added safety, and stability seem to be stacked against poor Bitcoin. It certainly doesn’t seem to be able to compete with the legal tender of the country. However, this is not to say that just because Bitcoin is not up to the job, that all blockchain based solutions will fail. It’s rare to find this long term view, because bitcoin is almost synonymous with blockchain to almost all laypeople, as well as investors, speculators, hodlers and others. Will a new blockchain solution come along that solves the problem of speed, convenience, and ubiquity? It’s impossible to say. But without naming and visualising the mountain that is ahead of us, we certainly won’t climb higher. We’ve reached a peak with bitcoin, but can confidently assert that it is one small hill among a fast field of mountains. It’s time for us to lace up our boots and climb downwards (as painful as it seems), in order to climb up again, and seek out the next best blockchain solution for the world.