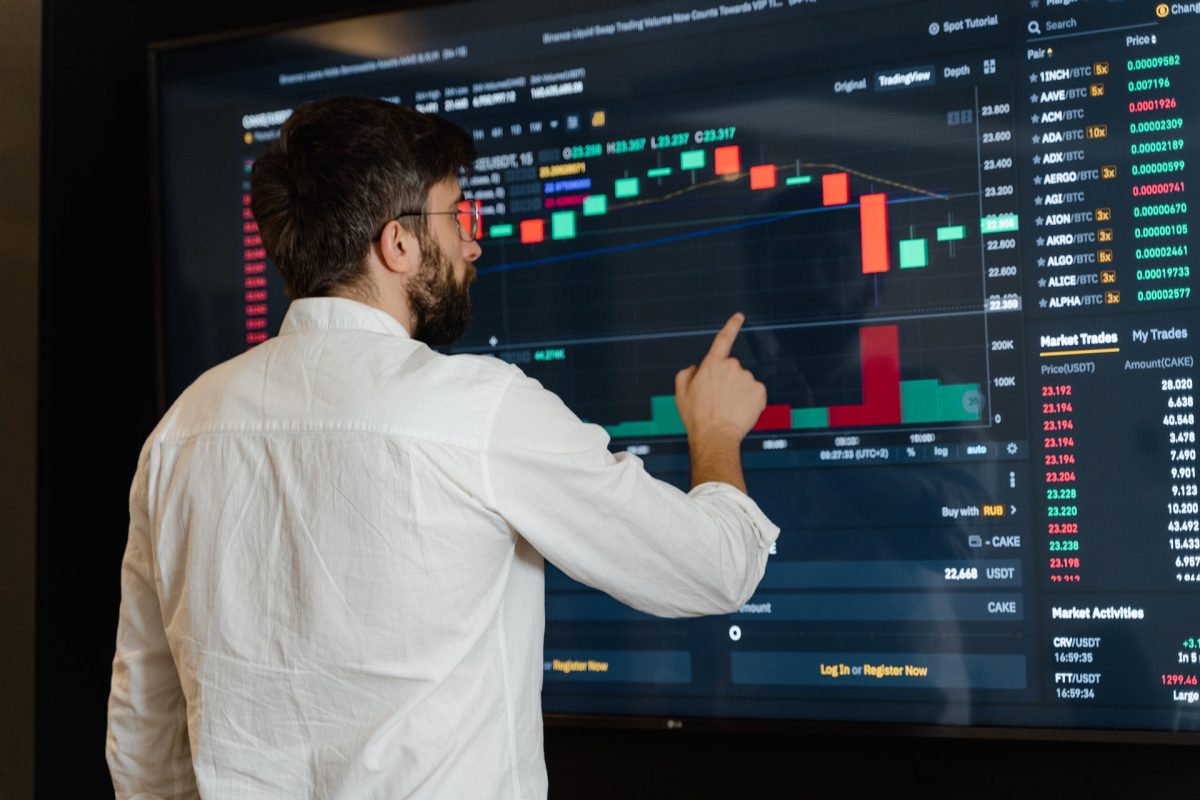 As we head towards the end of the year, bitcoin is in the news again and investors are looking for bitcoin price prediction advice—but it isn’t always this way. What tends to happen with bitcoin is that there are months or years in which it moves along in the background, before the price soars, it’s all over the news, and retail investors are left wondering why they weren’t buying up relatively cheap bitcoin a year earlier.

Looking at bitcoin’s price movements, it could seem like a risky investment, but at the same time, gains have been huge and if you’re looking for decent returns (and the returns on bitcoin have been, historically, way better than just decent), then you need to be looking at assets and industries with a lot of movement. And if there’s one thing not lacking in the world of bitcoin and other cryptocurrencies, it’s movement.

You may be wondering, then, what’s the best way to take advantage of bitcoin’s volatility, and how can we predict the spikes and the crashes?

The first thing you might want to do is brush up on your Technical Analysis skills. Technical Analysis is a time-honored trading discipline, first introduced at the end of the 19th century, and used in the analysis of stocks, futures, commodities, currencies, and really any kind of asset class that is tradeable on markets.

It takes all the detailed information and trends around trading activity, and from past data attempts to make future predictions. Technical Analysis can appear complex and mathematical, with a wide range of analytical tools to be mastered, but the core principles and most commonly used devices can be actually be picked up relatively easily.

Bitcoin can make dramatic swings on short time scales, so if you’re looking to profit from these fluctuations, then Technical Analysis will help you make a bitcoin price prediction on hourly and daily scales.

The Fear and Greed Index measures just those things: fear and greed, and gives a score indicating whether market sentiment is, well, fearful or greedy. This will not help much on an hourly or daily timescale, as Technical Analysis can, but if you’re zooming out to a weekly or monthly scale, then it becomes a useful indicator of where trends are heading.

In a way, it sounds too simple, but essentially, this is how markets—and especially crypto markets—often operate, with the latest bitcoin price prediction relating directly to crowd psychology. Fundamentally, when the market is deeply fearful, then you buy, and when there is exuberant greed and a sense of euphoria, then you sell. Another way of putting this is that you make the contrarian trade, doing the opposite of what the crowd is clamoring for. Or, even more simply: buy the red and sell the green.

It’s worth noting that using the Fear and Greed Index works best when it’s at its extremes: the highest levels of fear and greed are strong indicators, but when it’s ranging in the middle it won’t tell you much.

Bitcoin goes through a process called halving, which occurs roughly every four years. This relates to block rewards and mining, but you don’t need to go into the technicalities if you don’t want. The key point, as a trader looking for a reliable bitcoin price prediction, is that there appears to be a very clear price cycle related to these halvings.

Pull up historical price charts with the halvings marked, and you’ll see that a four year pattern repeats, and you can make predictions accordingly. However, a caveat to this is that bitcoin only came into existence in 2009, so there simply haven’t been enough halvings to know whether or not this pattern of repetition will always continue.

As indicated in the previous point, you can overlay the four year halving cycles and get a good idea of where bitcoin will be heading if the pattern holds. However, another interesting historical repetition appears as though it might be unfolding. Take a chart of the price of gold in the 1970s, and overlay it with a chart of bitcoin’s price since its launch and over the past decade, and you’ll see a remarkable similarity, which can be projected forward.

This repetition makes sense if you are of the view that bitcoin is becoming a store of value and could, as an asset class, become a digital equivalent to gold.

Finally, you might want to zoom out to the furthest macro level, and take a look at the trend over the whole of the last decade. At this scale, things look very different, as bitcoin trends consistently and relentlessly upwards.

If you believe that bitcoin is here to stay, and that we’re transitioning into a more digital future in which blockchain technology and decentralized finance play key roles, then dollar cost averaging is your best bet. This method means buying a set amount of bitcoin at regular intervals, regardless of market conditions, and holding it for the long term. You can, of course, invest more or less at certain times if conditions are extreme, but on the whole you stick to the plan.

This way, the ups and downs will offset one another and you’ll ride out the turbulence. Then, you can return to your investment in five or ten years and see how your longer-term bitcoin price prediction is playing out.