I don’t know if there’s anything more intimate than someone’s relationship to food. It’s a cultural sphere where there appears to be a lot of freedom: one has a reasonable amount of control over what goes into their body, which bears a lot of responsibility. A person’s food preferences, rituals and aversions directly affect how their body operates in the world.

So when someone suffers from an eating disorder, they cannot be entrusted with that responsibility. Whether it manifests itself in binge-eating, consuming banned weight loss supplements, or forcing oneself to throw up, eating disorders are dangerous and often misunderstood. In an effort to bring light and understanding to these mental illnesses, I’m going to dispel some common myths associated with eating disorders.

#1: You Can See When Someone Has An Eating Disorder

Not all those who suffer from eating disorders ‘look’ unhealthy, i.e. are extremely skinny. Eating disorders affect those across the BMI spectrum. People categorized as overweight can be diagnosed with atypical anorexia nervosa if there’s a drastic loss of weight. This myth is damaging for several reasons. It can glamorize eating disorders by associating its effects with fashion model weight, and it can prevent people with eating disorders from coming out and getting treatment.

A few months ago, Netflix released a movie called ‘To The Bone’, about a young woman suffering from an eating disorder. I remember my friend posting about it, critiquing how it chose to portray eating disorders. She said she was sick of these milk toast, feel good movies, especially with an extremely skinny protagonist. As someone with an eating disorder, she said she wished she was that skinny all the time, and wished for more varying representation in the media.

#2: Eating Disorders Are A Choice, Not An Illness

A lot of people mistakenly think that people with eating disorders are vain, or even worse, strong-willed: that if they put all that energy into throwing up or cutting down on food, they could put the same into gaining back weight. Even doctors can dismiss patients with eating disorders, requesting them to stop exhibiting symptoms. But that’s the thing about diseases: they’re involuntary. The interaction between a person’s biology and their environment caused them to contract an eating disorder. The eating disorder actually prevents them from being in control, not the other way around.

#3: Only Rich White Teenage Girls Can Have Eating Disorders

People from all walks of life can get eating disorders: men, POC, older people, etc. The myth that only white teenage girls can have eating disorders actually prevents a lot of people from getting treatment. Men feel embarrassed to admit they have these types of disorders because they’re associated with femininity. In black or latinx communities, mental illnesses are often stigmatized, so people suffer in silence. 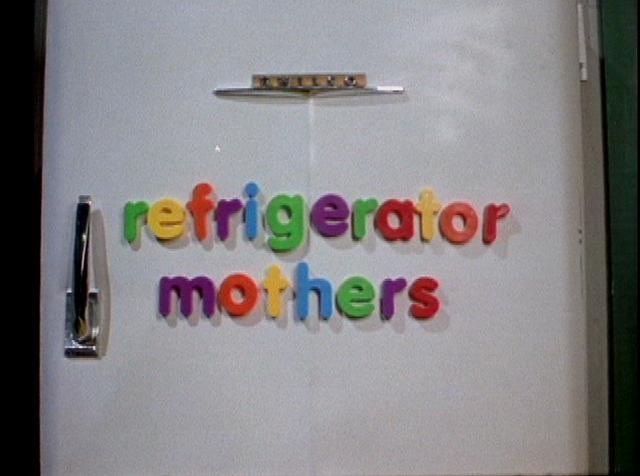 Another common misconception is that eating disorders simply come from a person’s familial environment. Placing the blame on families, and particularly mothers, has been a common theory applied to misunderstood disorders for the past century. This can be seen with Bruno Bettelheim and his theory about Refrigerator Mothers and autism, and with Frieda Fromm-Reichmann and her theory about schizophrenoegenic mothers. Families can more often than not be allies in a patient’s recovering.

This is linked to the idea that eating disorders are a choice. Although American culture does have some incredibly problematic body image standards, that’s not the sole cause of eating disorders. If that were the case, everyone would either be purging, starving themselves, or throwing back banned weight loss pills. Although there is some connection, and it is a good thing that there are treatments and diet pills that are FDA banned, it’s inaccurate to put all on the responsibility on society.

After learning more about eating disorders, I want to remind readers that help is out there. Our bodies and our food are worthy of respect and love, but it can be difficult to remember that sometimes. When it becomes impossible to remember that, help is required. With heightened awareness, we can be more diligent in looking out for ourselves and each other.

If you’re curious to learn more about diet pills banned by the FDA, you can find more information here.