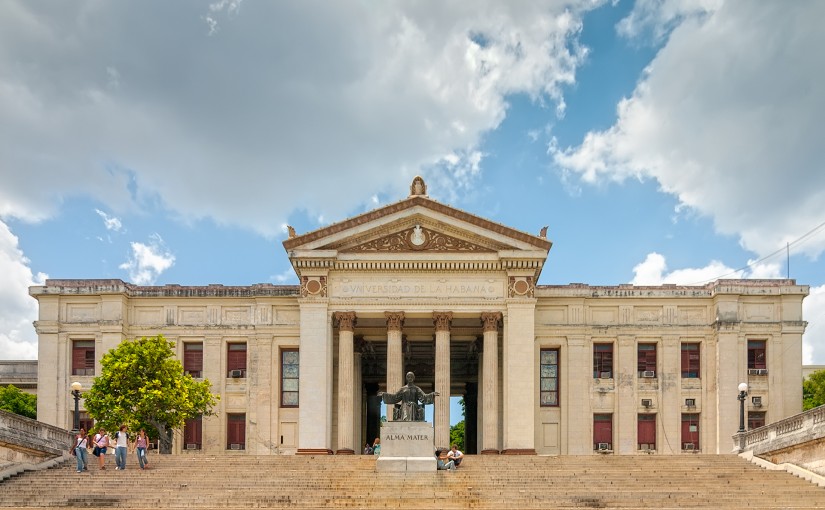 – Cuba currently has very low GDP growth rates (1.3% as of 2013), which means that productivity is not being optimized.

1. Physical capital: Despite its industrial sector fueling almost 25% of its GDP,  Cuba does not have a very robust stock of physical capital.  The nation’s buildings and physical infrastructures are very old in need of repair.  There is virtually no new construction or rehabilitation of existing structures occurring.  Furthermore, the majority of automobiles are several decades old and not very efficient.

2. Human capital: Cuba has an extremely high literacy rate of 99.8%.  This indicates that virtually all adult members of the population (as defined as being 15+ years old) have the fundamental skill that is required to participate in a developed economy.  However, human capital is low since few people are enrolled in universities.  Increasing the availability of tertiary education would significantly increase human capital.

4. Technological knowledge: Per Robert Solow’s estimate, about half of a nation’s growth output should come from its technical knowledge.  However, despite Cuba’s high literacy rates, its technical knowledge is low due to the lack of prestigious universities and tertiary educational opportunities.  As a result, the country is struggling to grow.  This is evident in the decreasing GDP growth rate and decreasing population.  Using the 2013 growth rate of 1.3%, it would take approximately 54 years for Cuba to double its GDP.

As discussed above, the productivity growth rate has widely fluctuated over the past fifteen years.  These fluctuations may be the result of a high percentage of the workers (15+ years old) being employed by the Cuban government or government-run industries, which would mean that such individuals would have job security even in times of recession.  Despite the variations below, it is important to note that the average productivity growth rate from 1991 through 2013 was 6.63%.

Although productivity levels are currently unimpressive, we believe that productivity can be drastically increased.  Since productivity is not being optimized and investment into the four key factors has been neglected, any efforts made by the government to increase productivity could yield significant improvements.  We view Raul Castro’s recent announcement that all future annual wage increases will be tied directly to increasing productivity levels as a strong and positive signal that the Cuban government is focused on and committed to improving productivity and fueling GDP growth.  Lastly, we view investing into efforts that will improve, restore, and replace Cuba’s deteriorating physical capital stock (e.g., investing in companies that do real estate development/construction or in industries like automobile manufacturing/repair) could yield high, long-term returns for foreign investors.