This past spring, Boston University Women’s water polo team had its first undefeated season, first league championship victory, it’s first earned trip to nationals, and received the honor of Club Sports Team of the Year. It was a fantastic season for everyone involved and was an important step for our team to become more competitive in an area of the country where water polo isn’t a prominent sport. However, a few of our key players were abroad for this historic season. And while they missed some of the excitement state side, they decided that just because they were studying abroad didn’t mean that they had to miss the fun of playing water polo. Allison Durkan and Ashley Reischman, both sophomores at the time, joined a men’s water polo team in Madrid, Spain at Universidad Autónoma de Madrid and had an exciting season of their own. 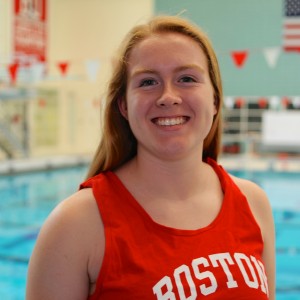 As a freshman at BU, I joined the women’s water polo team with the hope of meeting a motivated group of young women that would inspire and encourage me to learn how to play a fun and exciting new sport. Not only did the team support me in the pool, but also the girls helped me with other parts of my life. I fell in love with the sport that year. During spring of 2015, my sophomore year, I studied abroad in Madrid, Spain. Studying in Madrid had been a dream of mine since the beginning of high school and was one of the reasons I chose to come to BU. So when I was accepted to the program, I was over the moon. However, studying abroad in the spring would mean that I would have to miss the tournament season for water polo. While in Madrid, the staff talked all the time about getting out of our BU bubble of friends, immersing ourselves in the culture and making Spanish friends. With this in mind, I decided to find a water polo team. I reached out to a few programs around the city, and tried out a few teams before I found one that clicked. There was a men’s recreational team at the Universidad Autónoma de Madrid, where I was taking classes, that I decided to join and it was without a doubt the best part of my abroad experience.

Practices were four nights out of the week, but like every other part of Spanish culture, the team was relaxed and it was not a big deal if you missed practice. At first when we joined, the guys were tentative with their defense and didn’t pass to us, probably because they weren’t used to playing with some fierce cheetahs. However, once we started pushing them around and kicking their butts, they loosened up and we began to actually be able to play water polo together as a team without restraint.

Everything about Spain was different than the USA, but the way they played water polo was one of the biggest differences. What would have been an ejection in our league was ignored and shooting from the top happened more than set shots. At practice, we would have shooting competitions and play with giant exercise balls. On the weekends, we would meet up for tapas and cervezas and the guys would laugh and help us with our Spanish. We would chat about politics and the differences between our cultures. That group of young men changed my view of Spaniards, helped expand my mind and made my passion for the sport grow more than I ever thought it could. Joining that team was the best decision I have ever made and I would not give up those memories for anything. 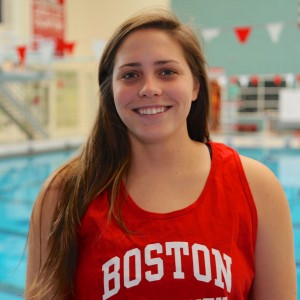 I started playing water polo my freshman year of high school as an off-season sport to competitive swimming. I had never played a sport that required such a wide variety of individual skills but also was extremely dependent on teamwork; I loved how important each player was and how much freedom the rules granted you to make something happen. After the first year with my high school team, I went on to play in major national tournaments where I learned so much about the sport by playing against the top teams across the nation. Although losing by a large margin of points in a game is no fun for anyone, playing these teams that were light years ahead of my own skill taught me new tricks and taught me how to play well when it’s seemingly pointless to try. Water polo has been a big part of my life since I was fourteen, and I was excited to find out that I could continue to play in college at BU without the extra pressure of being in a D1 team.

When I got my acceptance letter for the study abroad program in Madrid, I was ready to kiss water polo good-bye for a semester and I was anticipating losing a lot of my ability to play over the five months that I would be in Europe. But when I got to Europe, I heard that my teammate, Allison Durkan, was looking around for a chance to play in Spain and I tagged along with her to check out the team at the university we were attending. After the first practice with only four other players that showed up because it was what they called “advanced day” (a practice where they worked on developing skills rather than scrimmaging), it became clear to me that water polo in Spain was going to be very different from water polo in America. Pretty much all of the practices consisted of Allison and I floating around in the pool, pretending like we understood what the coach was saying to us, and then making things up as the practice proceeded. During the scrimmages, we had to learn how to play a lot rougher because a very small number of the rules were actually followed. Games were more about getting to play for the longest amount of time with the fewest interruptions. The coach even allowed us to referee a game because he wanted to play and he thought we knew the rules better than anyone else in the pool. Being on that team was by far the best part of my experience abroad. It fueled my desire to learn Spanish more than anything else, it kept me active, and it taught me so much about what it’s like to be a young adult in Spain. Those friendships and the memories of laughing as we struggled to understand each other are the moments that made my semester in Spain my best semester at BU.