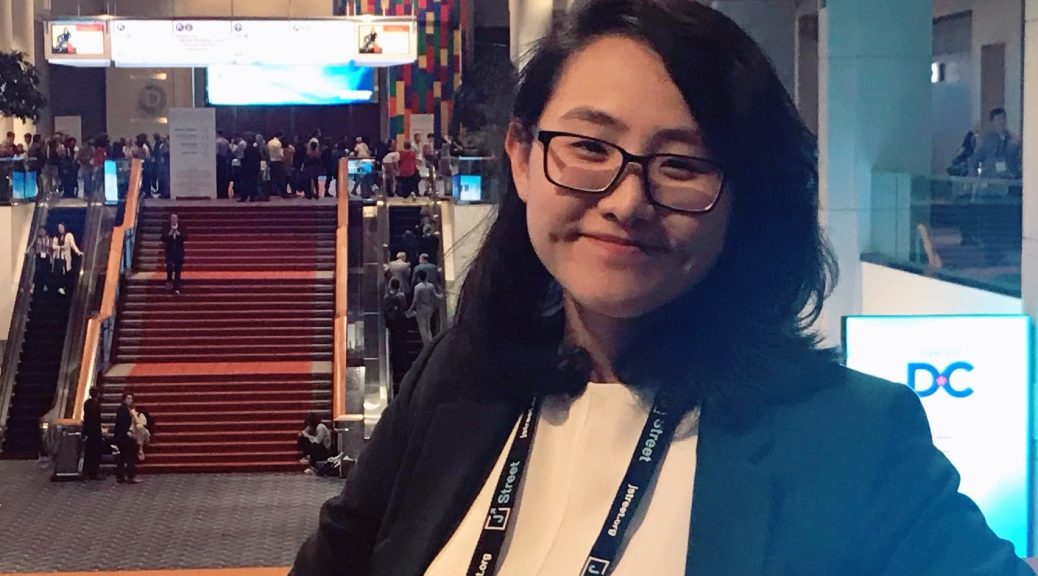 We asked students to tell us about their experience of anti-Semitism on campus.

Jewish Studies minor and History major Lingxuan Liang (CAS ’20), a native of the People’s Republic of China, wrote the following blog entry in answer to our question.

Ling is a senior BU student who is completing her Bachelor’s degree in History with a minor in Jewish studies. Her current research focus is on American Jewry and their relations with the state of Israel during the post-WWII era. As an international student, Ling is always excited to meet new friends and engage in friendly conversations with people from diverse backgrounds. She loves challenging herself to be a better learner and listener.

I never experienced anti-Semitism at BU. However, the reason why I became a Jewish studies minor was that I used to have friends who were anti-Semites and Holocaust deniers while I was studying at Georgia State University. I understood those people befriended me precisely because I was not Jewish. Anti-Semitism today is not just carried out by white supremacists like we usually think, but also by people of color. My anti-Semitic “friends” were Chinese, Laotian, and Arab immigrants. Many of them came from torn-apart families and experienced extremely tough situations, which created the perfect condition to allow hatred and bias to settle in.

Using the umbrella term “anti-Semitism” to identify the driving force behind hundreds of years of Jewish suffering is not sufficiently detailed and compelling for me. After careful studies of Jewish history, I believe that anti-Semitism is an expression or consequence of discontent, and rarely a motivation for action in and by itself. It is only through real causes like religious fanaticism, nationalism, a failing economy, or something as personal as ignorance or false assumptions that anti-Semitism survives and evolves throughout history.

Whatever the agenda with regard to Israel or anti-Semitism that President Trump and his son-in-law and senior advisor, Jared Kushner, may be pursuing, it seems to me that they are appealing to a certain Jewish “victim mentality” that is rooted in the experience of the Holocaust. I completely understand the enduring legacies of histories of persecution and genocide. However, I am also very concerned about how this toxic victim mentality prevents us from reflecting on ourselves objectively.

Anti-Semitism thrives on ignorance and indifference. We live in a dangerous world, but I believe that students are strong enough to overcome victim mentalities and actively educate themselves and people around them. Since I became a Jewish studies minor, I often brought non-Jewish BU students to Temple Ohabei Shalom and encouraged them to communicate with local congregants after Friday night service. As they learned more about the diverse and fascinating Jewish culture in America, they became willing to defend Jewish people, religion, and values.

Israel and Zionism are not the only principles that define all aspects of Jewish life in America, Morocco, France, Iraq, and all the other beautiful Jewish communities globally. Criticizing Israel may help Israel see its past or current mistakes and hence prevent the repetition of history. I really wish the best for Jewish communities in Israel, America, and elsewhere. Part of what is needed for Jews and non-Jews is to form alliances, including with other minority groups. For this to happen may require for Jews to be more open to criticism of Israel.

I will end with an old Chinese saying: “Although good medicine cures sickness, it is often unpalatable; likewise, sincere advice given for one’s wellbeing is often resented.” 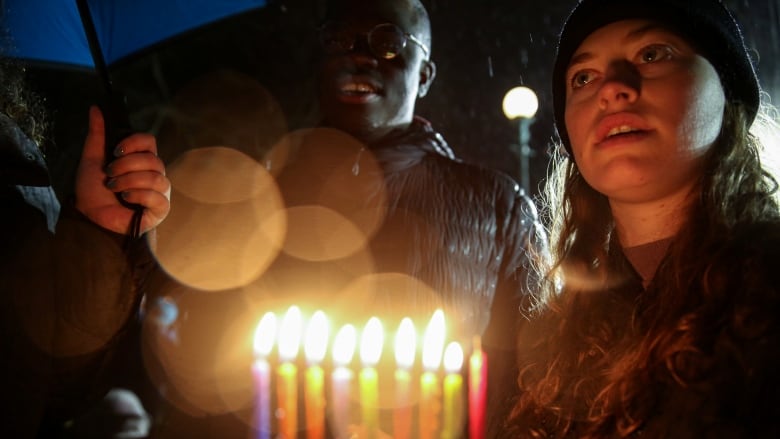 Our first obligation is to comfort the mourners. At times like these, we are particularly consoled by acts of cross-communal solidarity. Muslims forming a human chain around a synagogue in Pittsburgh. Jews raising money for the victims of the Christchurch, New Zealand, mosque attack. It matters that our solidarity crosses communal lines. It signals we are in this together. No one should feel alone and abandoned in the face of senseless acts of violence. We must reach out to one another and assure those attacked: you are not alone. This must be our message today, especially for our students: you are not alone! We are here and we are with you. You are loved, and you are safe.

Perhaps the silence can be explained by the fact that Rockland County, Jersey City, and other New York suburbs represent a special case. As has been widely reported, Hasidic Jews– the fastest-growing segment of the American Jewish community– have been displaced from their native Brooklyn by the skyrocketing costs of real estate. As Hasidic Jews move to the suburbs, many locals are priced out. The response among some politicians has been to cash in on the growing anti-Hasidic resentment. Their rhetoric has since crossed the line into anti-Semitic territory. Incendiary rhetoric has an effect. It incites blind and indiscriminate hatred against an entire community. In this case, against an exclusive religious community widely perceived as recreating old world shtetls in modern America. But the disagreements, such as differences over school boards and housing developments, that arise between long standing community members and their new neighbors need to be resolved in a civil manner. We call on both Hasidic and non-Hasidic suburbanites of New York and New Jersey to resolve their differences peacefully. In the interest of our commonwealth. We also call on politicians to curb their rhetoric and refrain from further incitement. All of us must resist the rhetoric of polarization and the temptation of tribalism.

Let these most recent acts of violence be a wake-up call to all of us. Violence means failure. There are social consequences to economic inequality and to the rhetoric of exclusion. We must return to building a more just, more capacious society, together. We must settle our differences with civility. And today, we offer our solidarity to our Hasidic brothers and sisters. May they be comforted among the mourners of Zion.

In the photo attached to this post: A woman holds candles while standing in solidarity with the victims after an assailant stabbed five people attending a party at an Hasidic rabbi’s home in the hamlet of Monsey, in the town of Ramapo, N.Y. (Amr Alfiky/Reuters)