The Cheetahs are excited to be back in the pool and working hard again in preparation for their upcoming league tournaments! This season, BU returns to the New England Division alongside Boston College, Middlebury, Dartmouth, UMass, Northeastern, and Williams. The club is really looking forward to taking advantage of this challenging opportunity. The girls will be playing in 2 league tournaments at Middlebury College in Vermont, followed by the BU-hosted championship tournament in April 16 and 17th.

Senior captains Cat Xenakis and Katy Cooke are excited about the upcoming season, with the team committed to making this season one of the best in club history. With the support and dedication of coaches Joanna Chan and Sean Hughes, the girls expect to go into their first tournament confident and equipped to tackle any challenge.

This past weekend, the team volunteered at the American Lung Association’s Fight for Air Climb where they cheered on firefighters from all over Massachusetts as they climbed up the 41 stories of One Boston Place. Community engagement has always been a great part of this team’s culture, and we are incredibly thankful to have been given the opportunity to participate in this event. 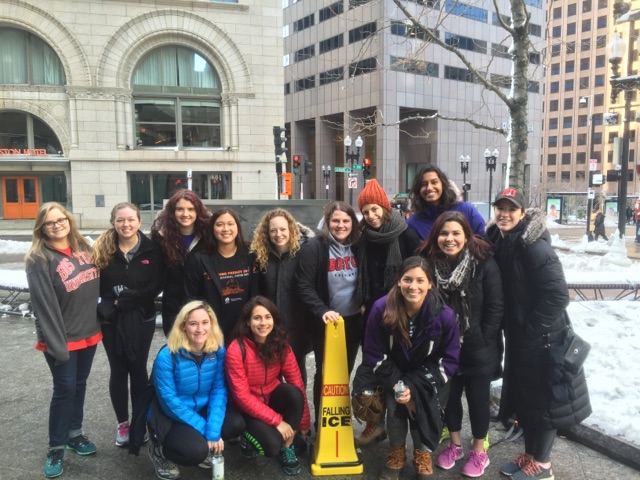 To find our schedule of games, please visit: