This past weekend the Terriers drove up to Middlebury for their second league tournament. The Terriers played three games on Saturday and one game on Sunday. With their seed for the championship tournament on the line the girls left everything in the pool and walked away with their heads held high after four gutsy performances.

The first game of the tournament saw BU matched up against UMASS Amherst. UMASS Amherst was quick and looked to counter but BU’s defense proved strong and was able to shut down the counter. Balanced with a strong offensive attack the Terriers pulled out a win 10-2.

The second game of the tournament matched BU vs. Middlebury. Middlebury came out of the whistle quick, ready to play. The Terriers were able to keep up defensively but struggled offensively in the beginning of the game. BU continued to play tough defense and hung around keeping the score 3-2 Middlebury at half time. In the second half of the game BU was able to get things going offensively and ultimately led the game 6-4 with 3:00 remaining in regulation. Unfortunately Middlebury’s offense was too much for the Terriers to handle and the Panthers were able to force overtime and win the game 9-6.

The final game on Saturday featured a tough match up between BU and cross-town rival BC. Knowing that BC is always a tough opponent the girls came out strong both offensively and defensively. BC began to come back in the fourth quarter but BU held strong defensively and walked away from the pool with a 6-4 win.

On Sunday the Terriers returned to the pool to face Dartmouth. This was the first match up of the season for BU against Dartmouth. The Terriers were able to play a strong press defense and shut down Dartmouth’s offense. Matched with BU’s good passing and movement on offense the Terriers finished the tournament with a 10-2 victory.

The Terriers will return to the pool next weekend at BU for the championship tournament. As the number 2 seed the BU will be battling for its first New England division championship and a trip to Nationals. We hope to see you there cheering us on! 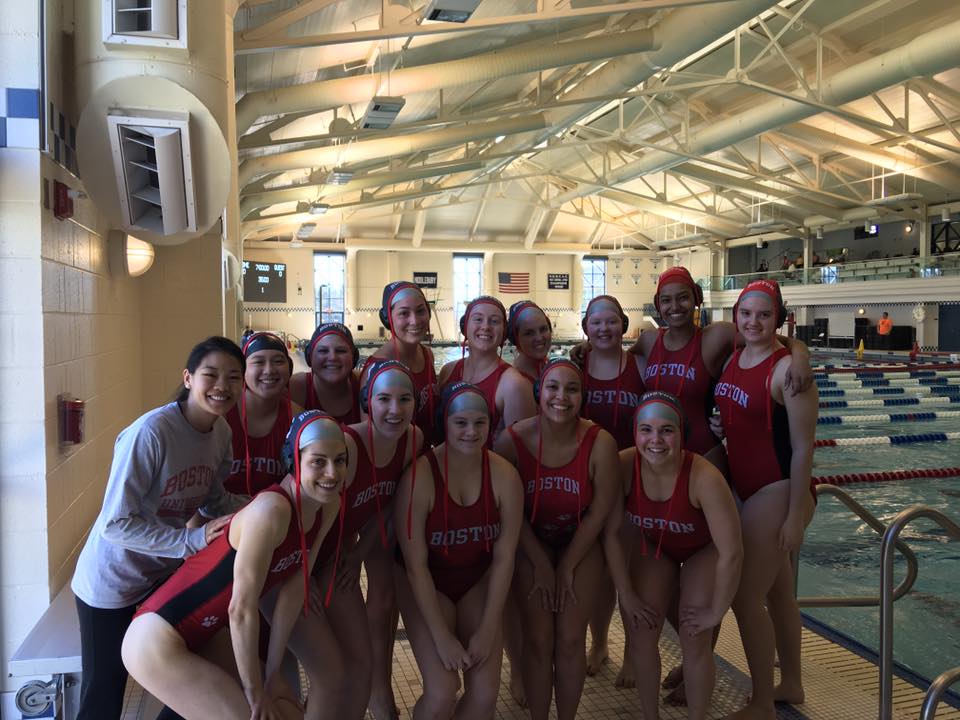 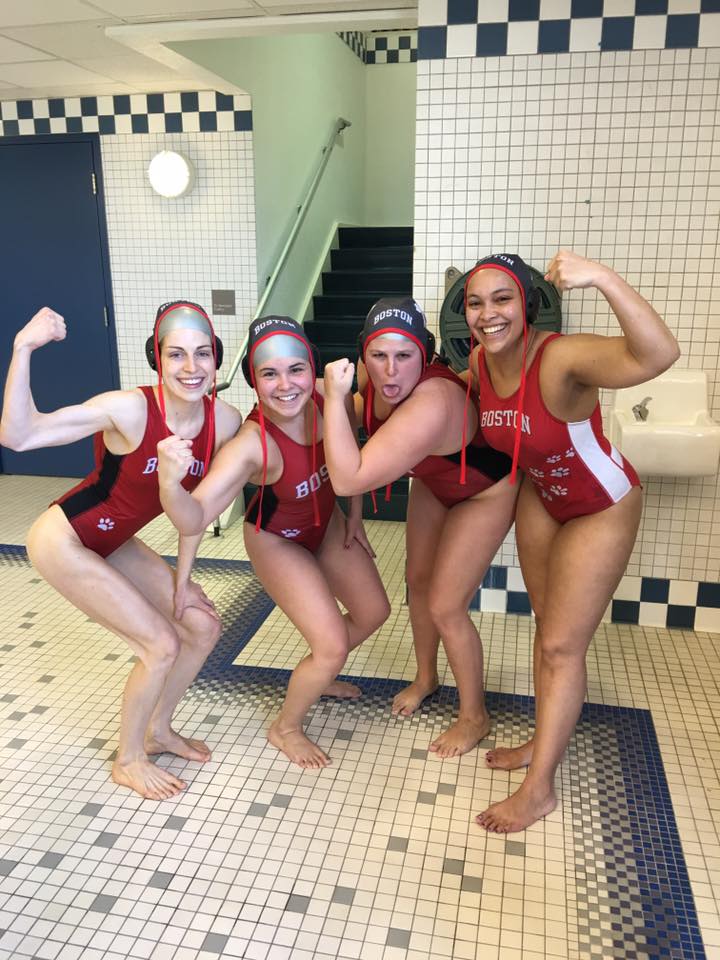