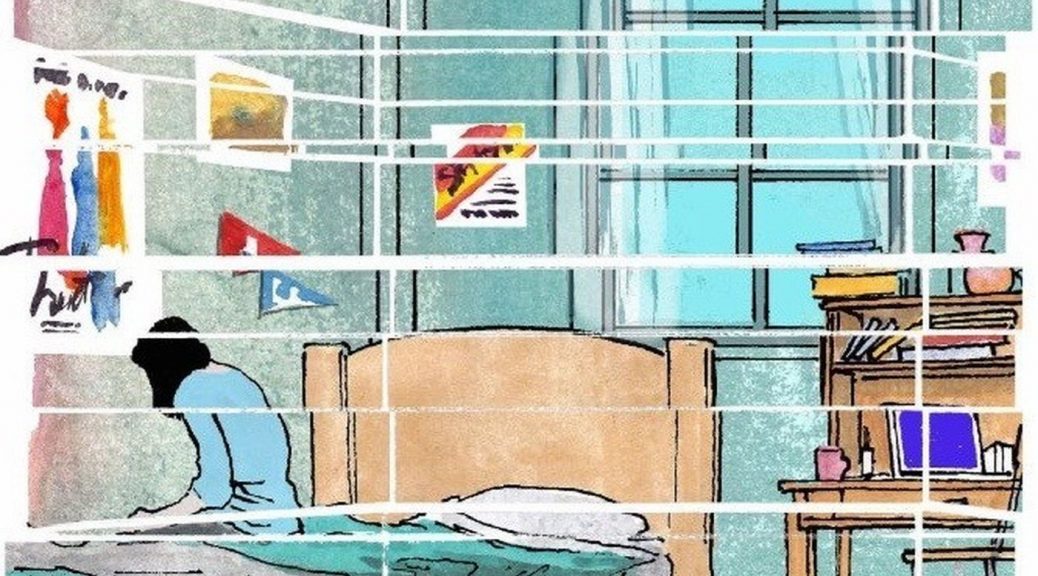 CNN’s The Hunting Ground focuses on the prevalence of sexual assault on college campuses in America and the way colleges neglect to address it. The documentary seeks to highlight the roles that money and reputation play in college administrations’ choices while chronicling the journey of Annie Clark and Andrea Pino, two former students at University of North Carolina at Chapel Hill who filed a Title IX complaint and sparked a movement against sexual assault on college campuses. The film criticizes schools’ actions while also examining the culture of fraternities and college athletes. The Hunting Ground includes testimony from many student victims of sexual assault, as well as interviews with psychologists, authors, professors, administrators, police officers, and parents. Lady Gaga recorded a Grammy-nominated original song, “Till It Happens to You,” for the film.

The film opens like a blockbuster thriller: a montage of high schoolers and their families happily opening college acceptances immediately sets the scene for the emotional rollercoaster to come. Even the title itself establishes fears in viewers. Dramatic images of a doorknob and bathroom tile resemble that of a crime scene remake on a television drama, and voice-overs telling terrifying stories contrast with their corresponding montages of beautiful campus scenery. All in all, the film is hard to watch. Images of fraternity signs reading “sexual assault expected” and “thank you for your daughters” land a giant knot in viewers’ stomachs, and specifically, one father’s account of his daughter’s suicide is heart-wrenching and almost impossible to listen to. In this regard, the film does what it was made to do: draw an emotional reaction from audiences.

However, this emotional reaction is then irresponsibly paired with a quick hero-ending and a weak focus on the facts. Almost instantaneously, two students at UNC transition from broken victims to national heroes taking on Title IX to solve college rape; the ending segment presents a suddenly uplifting montage of women standing up. A quick cut between the national map of reported campus sexual assaults and the nearly identical homemade map hanging in the students’ apartment serves as comforting, but irresponsible closure. While these young women may have started a movement, this ending segment credits them — and solely them — with “solving” college sexual assault.

After this quick transition, women are suddenly shown strongly standing up and taking action, and administrators (formerly pessimistic about the future of the issue) suddenly see an optimistic solution. Footage of President Obama giving an address on the issue and a montage of new federal investigations into colleges make it seem as though these national achievements were a direct result of only these two students’ mission. Visually, this creates a false cause-and-effect relationship, in which the middle step is never shown. Where is the mention of Emma Sulkowicz, the student who started a movement in 2014 after carrying her mattress around campus after being assaulted? What about all the administrators, politicians, families, reporters, and students that played a role in this movement (a movement which started long before these young women even started college)?

The journey of the two students at UNC did not happen in a vacuum, but they are portrayed as if they did. Gillian Greensite, director of rape prevention education at UC Santa Cruz, notes that the first peak of activism in the rape-crisis movement occurred after the Civil War. Considering how these incidents are analyzed in isolation, the film lacks a rational evaluation of the then-current state of discussion about sexual assault and consequently, does these victims a giant disservice. Its happy ending also does not leave room for future discussion of this issue. Sexual assault is a dynamic problem in the United States; recently Secretary of Education Betsy DeVos announced that the administration was formally withdrawing Obama-era campus sexual assault direction.

In addition, it has been argued that many of the statistics used in the film are outdated or merely inaccurate. Slate’s Emily Yoffe, who also writes for the Atlantic, spoke to Alyssa Keehan, director of research at United Educators — a higher education insurance group that recently released a study of 305 sexual assault claims they received from 104 schools over three years. Keehan noted that the “most common narrative you hear” — institutions not caring about sexual assault — might not be true. Their data found that when a formal complaint is brought against a student, he is found guilty 45 percent of the time, and when that happens, the attacker is given the “most severe penalty available” (expulsion or suspension) over 80 percent of the time. Nonetheless, while the choice of statistics used in the film can be arguably biased or inaccurate, it can hardly be debated that some are outdated. Specifically, in a portion of the film discussing student athletes as the prime attackers who get away with assault, two statistics are held onscreen; these statistics date back to 1993, over twenty years before the film was released. In using this data, the filmmakers ignore how college culture has changed tremendously in the past twenty years and continue to deny the viewer of a fully-informed, unbiased discussion on college sexual assault.

Any documentary has a responsibility to be fact-based, and in conveniently excluding major pieces of the investigations noted, the film loses its legitimacy and sabotages its powerful message. For example, a large piece of the film focuses on the rape allegation against Jameis Winston, a former Florida State University quarterback who was found not responsible after a criminal investigation. His accuser, Erica Kinsman, went public saying that after drinking a shot at an off-campus bar she started feeling strange and was “fairly certain there was something in that drink.” However, the filmmakers fail to note that two toxicology reports found that she had no drugs in her system nor do they reveal that at the December hearing, Kinsman did not insist that she was drugged or unconscious. Granted, these young women are beyond brave for speaking out about their experiences; sexual assault on college campuses is a real problem that needs to be addressed. Yet while testimony from real victims has raw, emotional power, it isn’t enough. If the students are looking to inform the public about this very serious issue, an ethical stance of fairness does not leave room for picking and choosing what critical pieces get included.

Ultimately, The Hunting Ground does its viewers a disservice by focusing on passion over information. In a world where the media rules our daily lives, documentary-makers have an ethical responsibility to provide fact-based films. However, some could argue that the pushback from schools on the accuracy of things mentioned in the film perhaps proves the film’s point: colleges do not want to put their reputations on the line by addressing this very real issue. Yet, in terms of the film itself, it poses serious questions about bias and our consumption of media. Can a documentary still be a good documentary if it only presents one side of the story? Additionally, Emily Yoffe brought up an interesting point in an NPR interview: what does this mean for CNN? This news network is attempting to present the film as a “fair exploration of an important subject,” but it very easily might not be “fair” at all.

Featured image by Christopher Serra, courtesy of the LA Times.