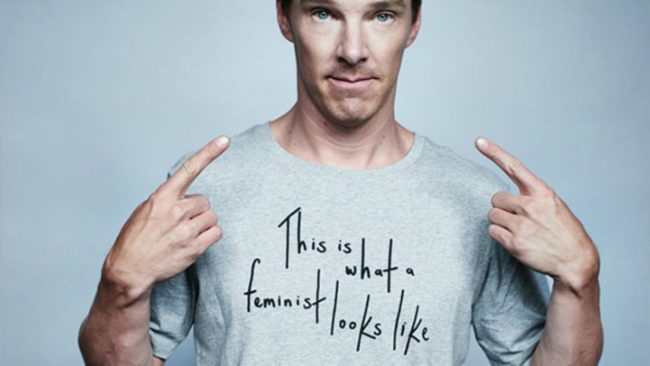 Last night, I was at a café with friends; at some point during our otherwise innocuous conversations, the differences between men and women were brought up, After I gave my opinion (which certainly was not unexpected by those who have heard me discuss the issue before), one of my friends looked at me and said with a tone of surprise and disgust: “You’re a feminist?”

What a vile word it is, isn’t it? “FEMINISM”; F, E, M, I, N, I, S, M—eight letters of pure, unrivaled hatred and contempt. The word used by those defenders of pride to describe the veritable beast who, if you get too close, will emerge from its sepulcher and ravage you with savage claws. “Beware,” they warn the man who might travel down that path, “lest ye be taken by the monster!” You are warned to remain here, with the great warriors who would save you from that path of destruction, from which no one returns. And so many a would-be traveler are discouraged from the path and turn away. Of course, many of these warriors of the west have never seen the beast incarnate, only telling the tale like a Homeric fable; “but how?” you might ask, “if they’ve never seen it do they know it exists?” Ah, because of the beast’s worshippers—those great votaries who worship the mysteries, who talk about the beast and praise it frantically; those mystics who would declare that those who do not worship the beast are doomed to hell. And so, we have the many great defenders saving those curious ones from the bowels of the devious monster.

But, if one were to reject the advice of the warriors, and travel down the path, they would find that there is, in fact, no beast—along the way they most certainly would encounter some of its worshippers, the valentine-haired disciples; but any traveler with an able mind would soon discover that these idolizers are nothing but Pharisees, vapid spirits with empty words.

And soon, ye great traveler, you would realize that these Pharisees look strangely familiar, and you would find that they wear mirrors—at first, perhaps, they would be blinding, but you must not let this deter you, for the effect soon withers, and clarity is restored. It is then that you would notice that the mirrors do not reflect the Pharisees, or even your own image, but that of those vicious dwarves who warned that you would perish along this journey. You would then understand, and you would move on, after which you would find yourself on a sprawling expanse, on the horizon of which would lie a fabulous gate; but this gate would not be closed to you, and in fact would welcome you as though it had been expecting your company.

Inside, you would not see fire and brimstone, or treacherous pools of blood, but wisdom, truth, and—dare I say—equality. You would discover the annals of a life concealed by those Pharisees who tempted you earlier; but it would be apparent now that they and the vicious dwarves had been working together, veiling this remarkable place. But if, my dear traveler, you are not afraid of the journey, and are not frightened by the words of those great western defenders, and if you are not discouraged or, even worse, deceived, by those valentine-haired idolizers, you will find that this place, beyond the gate, is quite wonderful.

That is why I took the journey; and that is why I entered the gate: because I was not afraid. I knew those vicious dwarves were liars who had never seen the gate—let alone the beast—only telling the tales of other warriors, themselves telling third-hand tales, ad infinitum; but fables never frightened me, so I undertook the journey. And I did not drink the wine of those counterfeit Bacchoi-cultists, for their idol was far too illusory. I moved on assuredly and reached that point of wonder which comes after the long journey. Of course, you must be prepared—for whence the vicious dwarves see you once more, they will brand you an enemy! A concubine with that phantom demon! Their words, however, will be like tip-less arrows and their tongues like broken bows—if you are unafraid.

What of my friend, though? Was he a defender? Was he a sharp-tongued Praetorian against the beast? No; he was merely a discouraged traveler influenced by those dwarves, the stings of their words echoing in his ears. I was shocked by his question, perhaps more than he was by my previous statements, not because he accused me, but because he accused me—it never struck me how ubiquitous those legionnaires are. I found myself confronted with a question at that moment: what does it mean to be a feminist? I had always been sure in my conviction, but I felt it as a universal conviction; in that moment, however, I realized the devilish word meant something different for the two of us. For me, it was a definite lifestyle, a necessity for progression and de-essentialization; but for him, it was a curse, a damnation—and I was the damned. I, presupposed in my feminism, was face-to-face with someone who was ashamed-for-me, for my being a feminist, as though I had done something wrong, or perhaps, had something done wrong to-me. I realized that in his gaze, I was no longer a feminist, I was feminism, a disease, a curse causa mortis. Who I was, who I had been or would be, did not matter at that point: I became the word, and the word was all that existed. It was more than an objectification on his part—it was in a sense obliteration; an annihilation of my character in the face of that word. Of course, this wasn’t his fault—he had been indoctrinated into thinking that the word was more than it was; but truly that is all it is—a word. I realized, in his obliteration-of-me, that I was no longer a mere feminist. I had taken that word for granted for far too long, almost as an entitlement to my existence, as though I had the right to be a feminist. But I could no longer see feminism as an idle part of my life—I needed to constantly become a feminist; I needed to continually choose-to-be a feminist. This did not mean that I suddenly had the urge to proselytize feminism to everyone I saw (such pharisaical actions!); but I needed to be aware of being seen as-feminism by anyone. I no longer could hide behind an idea that only certain people were of the defenders, that only so-and-so can be anti-feminism; I had now an understanding that feminism had been taken up as a deceitful word, and that as a word it could be used by anyone. But this was not a moment where I needed to retreat or deny myself for sake of proper social grammar; this was the time, if ever there was a time, that I needed to affirm myself, that I needed to choose myself as feminist.

I understood why he was petrified by my being feminist, by my feminism incarnate. I understood the poison that had impregnated that word; but it was through this understanding that I understood myself, that I understood my choice as feminist. The words Feminism and Feminist are not beasts or monsters or Elysian idols—they are merely words.