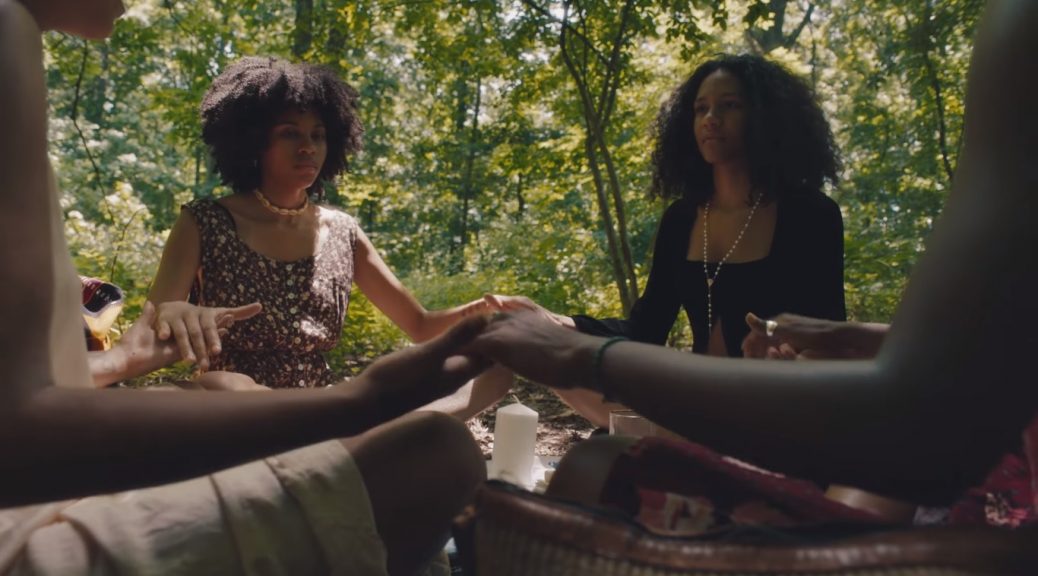 *No broomsticks or pointed hats allowed

I have been a longtime fan of Princess Nokia, and this Halloween, I think it’s important to talk about “Brujas,” a song which reclaims witchcraft and magic from European misappropriation.

Destiny Frasqueri, better known as Princess Nokia, is an intersectional feminist and rapper from New York City. Her discography is vast and diverse, ranging from Game of Thrones inspired music (“Dragon”), to body and hair positive anthems (“Tomboy,” “Mine”), to an ode for her Puerto Rican, Yoruba, and Arawak heritage (“Brujas”). Her most recent album, 1992, is an amalgamation of her love for New York City, passion for feminism, and connection to her Afro-Indigenous identity.

In “Brujas,” Princess Nokia calls out stereotypes of witchcraft and magic—broomsticks, pointy hats, and warts can stay in Hocus Pocus—and instead, embraces her ancestry:

And my people come from Africa diaspora, Cuba

And you mix that Arawak, that original people

I’m that Black Native American, I vanquish all evil

And my ancestors Nigerian, my grandmas was brujas

And it’s one of the smallest, but it got the most people.

Basically, the song is one large middle finger to European/Western narratives which designate witchcraft and magic as threatening and malicious. Fittingly, the song’s bridge literally curses out this narrative (“Don’t you fuck with my energy”) and ends with Princess Nokia’s powerful identification as an unapologetic bruja who is “supreme.”

Check out the “Brujas” music video and read the lyrics here.

To accompany the “Brujas” music video, Princess Nokia created a short film titled Maiden, Mermaid, Well. The film spans just under two minutes, but despite its brevity, it conjures (pun not intended) a powerful message of ancestral pride, specifically, that which is female and matrilineal.

The film depicts Yemoja/Yemaja, the Ocean Mother Goddess in Afro-Caribbean religions like Yoruba, wading in water with Princess Nokia and other women, all dressed in white. The film is serene and spiritual, with Princess Nokia’s soft narration overlaid to further emphasize her earlier message in “Brujas” of pride in witchcraft and rejection of European/Western stereotypes:

My blackness is not shameful.

My religion is not a sin.

I do not worship the devil.

I’ve never practiced bad magic a day in my life.

My magic is not spiteful.

I do not use it for hatred, envy, or greed.

My beliefs are sacred

But I don’t carry a broomstick,

My nose has no warts,

And I hate to break it to you baby, but

There is no pointed hat.

Check out the film below.

I think “Brujas” and Maiden, Mermaid, Well are important to listen to and watch because we need to be aware of the ways dominant cultures likes Western culture can distort spiritual practices by BIPOC, such as magic or witchcraft, into something completely different, and often, perceived as “wicked.” This Halloween, please be mindful of this and make sure to proceed with caution when dressing up––remember that this is someone’s culture, it is not a costume.