This September marks the second anniversary of the September 11, 2012 attack in Benghazi, the second largest city in Libya. Boston University’s School of Communication (COM) had the privilege of commemorating this courageous act with the release of COM Journalism Professor, Mitchell Zuckoff’s, new book 13 Hours. 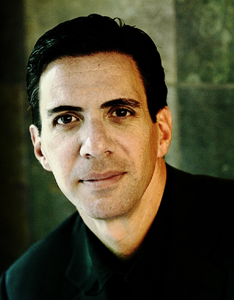 With only nine months to write about what really happened to the six American security operators who stopped a mass killing of other Americans stationed in Benghazi, Zuckoff had his reservations. The telling of this controversial, behind the scenes story was seen by some as a threat to Zuckoff’s career; for at one point, he was told the publication could end his career. The media had already tainted the public’s mind about the attacks in Benghazi as one thing, tainting the publics mind before knowing the truth.

“If I took on the story,” said Zuckoff, “I had to become an expert on something that I knew nothing about in a short time.” Like most journalists, Zuckoff struggled with his feelings on the subject and how the public would react to what the security operators had to say about what truly happened. Zuckoff said his only obligation was to the truth, and quickly gained the respect and trust of the American soldiers to write his book.

Zuckoff chose to write the story in “tick tock” style, a version of a chronology where the author recreates the events in a step-by-step manner. A “tick tock” approach adds an element of quickness and makes the reader feel as if they are part of the action, as if there was a running clock. Zuckoff starts his book with narrations of the Americans giving background information and context as to whom they are. The reader is able to connect with the soldiers through the first three chapters before jumping into action in the fourth chapter. At this point in the story, the time is 9:42 p.m. on September 11, 2012, which marks the start all the action.

13 Hours follows six soliders; one of which passes away later that night. Out of the remaining five soldiers, three decided to come out to the public and tell their stories using their real names, while two chose to remain anonymous, yet another challenge that Zuckoff faced when writing this book. Although their names are changed, Zuckoff made sure that everything written about them in his book was 100% real and accurate.

13 Hours not only tells the truth about Benghazi, but it also reiterates the life lesson we hear over and over again: don’t judge a book by its cover. It has taken two years since the attacks for the truth to come out, but Zuckoff has proven that with a little bit of patience and research the truth will surface. “In our 24 hours news cycle where each tweet has to break news it’s good to have patience,” says Zuckoff.

Zuckoff’s book, 13 Hours, which is also a #1 New York Times non-fiction bestseller, is sold at book stores nationwide, including BU’s Barnes and Noble, as well as on Amazon. 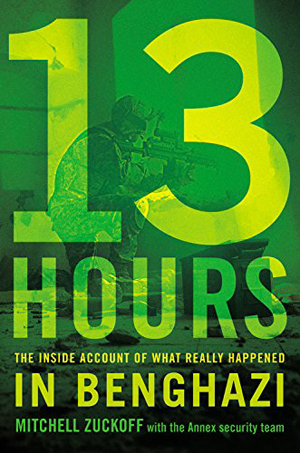 For the next 13 hours, we are giving you a chance to win a copy of Professor Zuckoff’s book. We’ll pick the top tweets we get starting Tuesday, September 30th.

Step 2: What happens in 13 hours as a #COMgrad student? Give us an inside look at your day using #COMgrad and we will pick the top tweets on Wednesday.

8 thoughts on “Professor Zuckoff talks about the challenges he faced while writing NYT best-seller: 13 Hours”