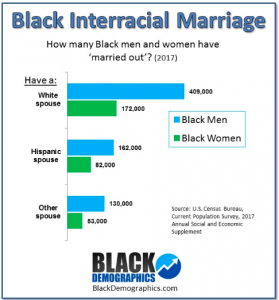 John 15:17
The Lord said to his disciples: “This I command you, to love one another. If the world hates you, know that it has hated me before it hated you.”

As united individuals trying to find solutions in today’s society, and ways to benefit humanity, sometimes we may feel as though the world is against us. The media highlights incidents where police shoot innocent civilians, terrorists decide to shoot elementary schools, and citizens vote for unequipped celebrities as world leaders.

We are all individuals, but we are part of this team called “humanity.” As long as one team member is starving somewhere, our team is suffering. We cannot deny the disadvantages a woman may have in comparison to the average man in society. We must recognize our disadvantages, and feel motivated to create a more equal playing field. Most of these perceived differences are societal constructs; their purposes are to forbid women from reaching their highest academic and occupational potential. As long as equal rights are nonexistent, we are all hurting as a massive, global society. We are all humans.

Furthermore, your twitter, instagram, or facebook may exalt the feminist movement. Which is applaudable. But have you ever sat in a classroom and realized how many people (women included) view the feminist movement as unnecessary, or dehumanizing because it “brings men down?” Have you felt like that feminist in that classroom who spoke up? Have you ever been laughed at or reprimanded because you tried shedding light on the situation?

Most people desire to hide in their current positions. They are threatened by change, even if this change will raise men and women on equal levels. These people genuinely fear feminism because this movement empowers women – something that has never happened before.

My fellow feminist, you will face hate. You will be admonished. People will say nasty things to your face. But let me remind you of centuries-old advice that still holds relevance: “love one another.” Too much hate exists. The most powerful statement is to exhibit love where anyone else may attempt to make you feel insecure and uncertain about your beliefs. Let my words strengthen you. Let me empower you. Remember that spiteful people will always exist – however, beauty lies where there is love and sympathy. If you fight for the people around you, you are fighting for the entire team of humanity. Who cares if people hate you. Just know that I love you.

“In essence, what she said was, “Women are not given enough opportunities to say ‘yes.’”

via Un-Memorizing the \”Silence is Sexy\” Date Script.