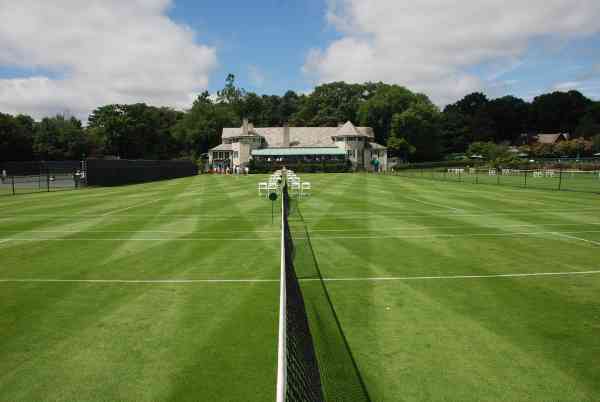 One of the greatest components to Boston University College of Communication’s Journalism graduate program is the professional project. When I say “greatest,” I don’t mean easy, fun or relaxing.  As with anything great comes hard work, and that is exactly what the professional project showcases. After three semesters worth of classes, sleepless nights, and every ounce of blood, sweat and tears you have finally reached the end. You are now a mere shadow of what you were when you first entered grad school, and your professional project is your opportunity to show everyone else that transformation.

Third semester Broadcast Journalism student Ashley Davis set out to accomplish one of the most daunting tasks and most impressive professional project to date— The Midterms 2014, a live coverage production of this year's midterm elections. I shall elaborate.

Monday, November 5 at 6 p.m., the night before Election Day, a dress rehearsal took place. About 60 BU students (both grad and undergrad) were involved, including an impressive number of BU COM faculty and staff. Everyone had a job to do. Some were helping in the studios, a handful of students (selected by Ashley after auditioning) were anchors at the National Desk and others were scattered throughout Massachusetts, New Hampshire and even D.C. to act as call-in reporters for the live production.

Ashley went over every aspect of the entire coverage the night before and explained exactly what needed to be done. After she sent the troops on their way, she remained at COM to get ready for Tuesday, November 4. This was her professional project, and since everything was going live, there wasn’t any room for mistakes, as per usual.

Tuesday, November 4 came quickly. Some people were asked to report to the studios several hours before going live at 9 p.m. At 7:30 p.m., the anchors prepared their cut-ins—pre-made news packages (stories). These packages would air in-between 7:30 and 8:30 p.m., mixed in with some live shots, on-cam anchoring and reporters calling in from different headquarters around Massachusetts.

I spent my time on COM’s third floor in Room 321, where I worked with others to help Professor Susan Walker push out live content and numbers for the anchors to live report as votes came pouring in from states across the nation.

Here is a breakdown of The Midterms 2014's amazing team and their various roles:

On campus at COM, in Studio East/West:

Candidate Headquarters: Students were placed at all of the following locations in order to quickly report polling results back to BU’s College of Communication.

COM Professors Involved: The following faculty and staff members stayed hours and hours after they should have gone home. Instead, they helped make sure this live-production was nothing less than exceptional. Just one more example of COM's professors doing all they can to make their students succeed.

Technical Operations Team: Quite possibly the most important part of this production, these students and staff members worked hard to make sure everything in the studio was functioning and the coverage aired without flaw.

The Midterms 2014 was an immense success. Ashley Davis could not have done a better job handling such a high-stress situation, nor could she have selected a better team. Ashley never lost her composure, always made time to answer questions and kept very calm throughout the entire evening. She had so much responsibility lying squarely on her shoulders, but yielded excellent results.

Watching Ashley’s professional project come to life makes us first semester grad students realize that this time next year, a similar task is awaiting us. Although it was a little intimidating, I now feel inspired to find a professional project in which I can showcase all I have learned throughout grad school. No other institution would provide the resources, the studios and opportunities to create something so impressive and professional. Now, not only does Ashley have a remarkable production to add to her resume, but she also made history happen, right there on the third floor of COM.

Ashley Davis’ final professional project is currently being edited. Check back here to view the final publication and follow her on Twitter @ashley_m_davis to see what else she is up to.

On Wednesday, December 10 from 5-7 p.m. in Room 209, the College of Communication's Department of Journalism is hosting the Journalism Graduate Showcase. The event will feature journalism graduate students presenting excerpts of their professional projects. Seniors, graduate students and faculty members are all invited. Adult beverages will be served, so please bring your ID.

Interested in one of BU College of Communication's graduate programs? Tell us which one and why in the comments section below. You can find out more information on our website, so be sure to check it out here.