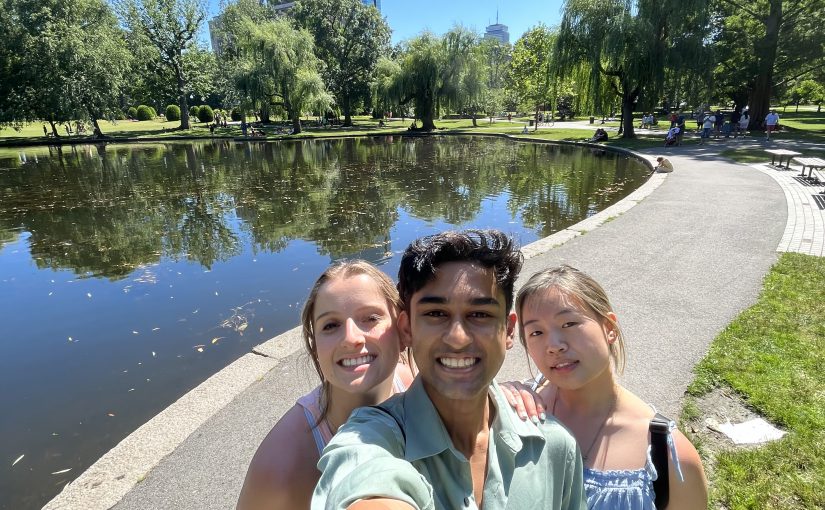 The city of Boston is beautiful. Running across campus to get to your next class, you often see the skyline of the city in the background. But with so much homework, club meetings, and going to work, it’s often difficult to truly explore the city.  When I had the chance to stay in Boston over the summer, exploring the city was my first priority after work. So join me in reflecting on my summer in Boston.

A so-called essential part of Boston to visit, Seaport became my second home as I went there every weekday to work. So while the glitz and glam was interesting at first, the overpriced food and long commute made it less fun overtime. While everybody should visit Seaport for its winter market and the Institute of Contemporary Art, frequent trips aren’t necessary.

The South End of Boston is an amazing neighborhood. With a vibrant culture that traces its roots back to being Boston’s BIPOC community, the lack of public transit access to the city makes historical sense. So while it’s a bit of a trek to get over to the South End, the walk itself has a beauty in itself. With a very different vibe from the rest of the city, the pop-up summer SoWa market along with the year round indoor SoWa market, it was a great visit. The South End also houses the city’s art community with open viewings of many art studios and beautiful works. It might take a little bit more planning and time to visit the South End, but it’s totally worth it. 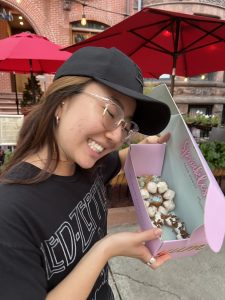 Between the sprawling campuses of MIT and Harvard, it’s difficult to see the beauty of Cambridge. While it isn’t the city of Boston, Cambridge is close enough and has its own charm. While it also takes a little bit more walking, you get the chance to explore a lot more local Boston spots. From the overflowing clothes of the Garment District to the graffiti alley in Central, Cambridge has its fair share of hidden treasuries. All it takes it just a little bit time to look past what we normally see.

Walking is not the name of a part of Boston, but my favorite way to get around in the city. Yes, Boston is indeed the most walkable city. In the rush of life, taking the bus and the T is our best option. But when you have the time, a good walk is all it takes to feel like you have control of everything once again. My favorite walking trip? Walking from Marsh Chapel to the North End.

Yes it took 2 hours, but it was the most calming experience of my summer. I took it with fellow Kilachand student Monet Ota. Together we set out to walk all the way to the North End with the motivation of a delicious cannoli to end the trip. A walk full of recapping our summers so far, a break on Newbury Street for mochi donuts, playing on the playground in the Boston Commons, and finally a delicious tiramisu cannoli. College is stressful, but then you remember having moments like this. 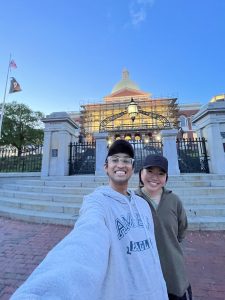 Every tour I give at BU, I always make my group pause and look at the Boston skyline from Comm Ave. I always remind them that Boston University is in the city of Boston. But I forget that fact too, suck in the BU bubble. So after this summer, I’ve made a promise to myself to take the breaks I need to visit the city I came to BU for.