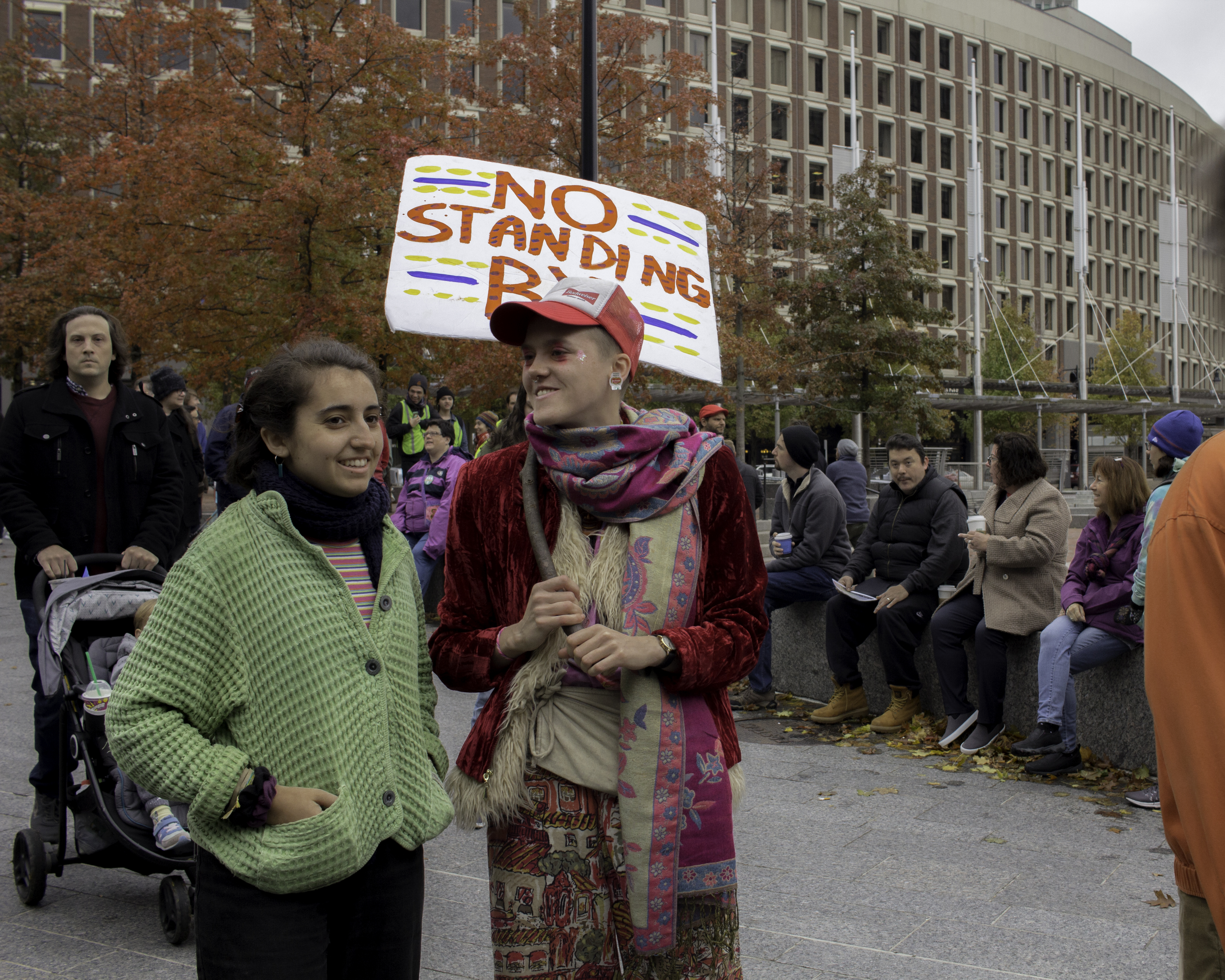 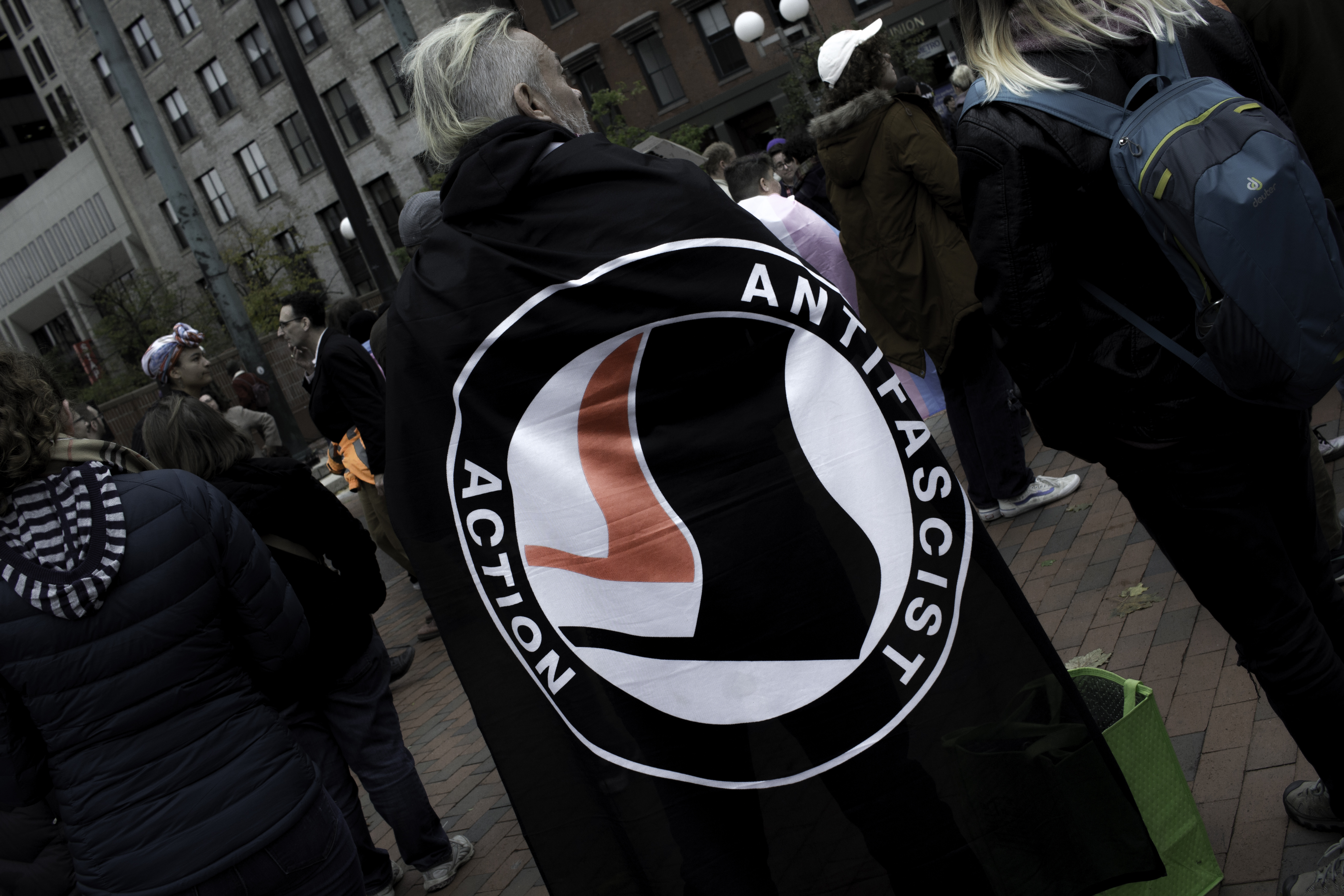 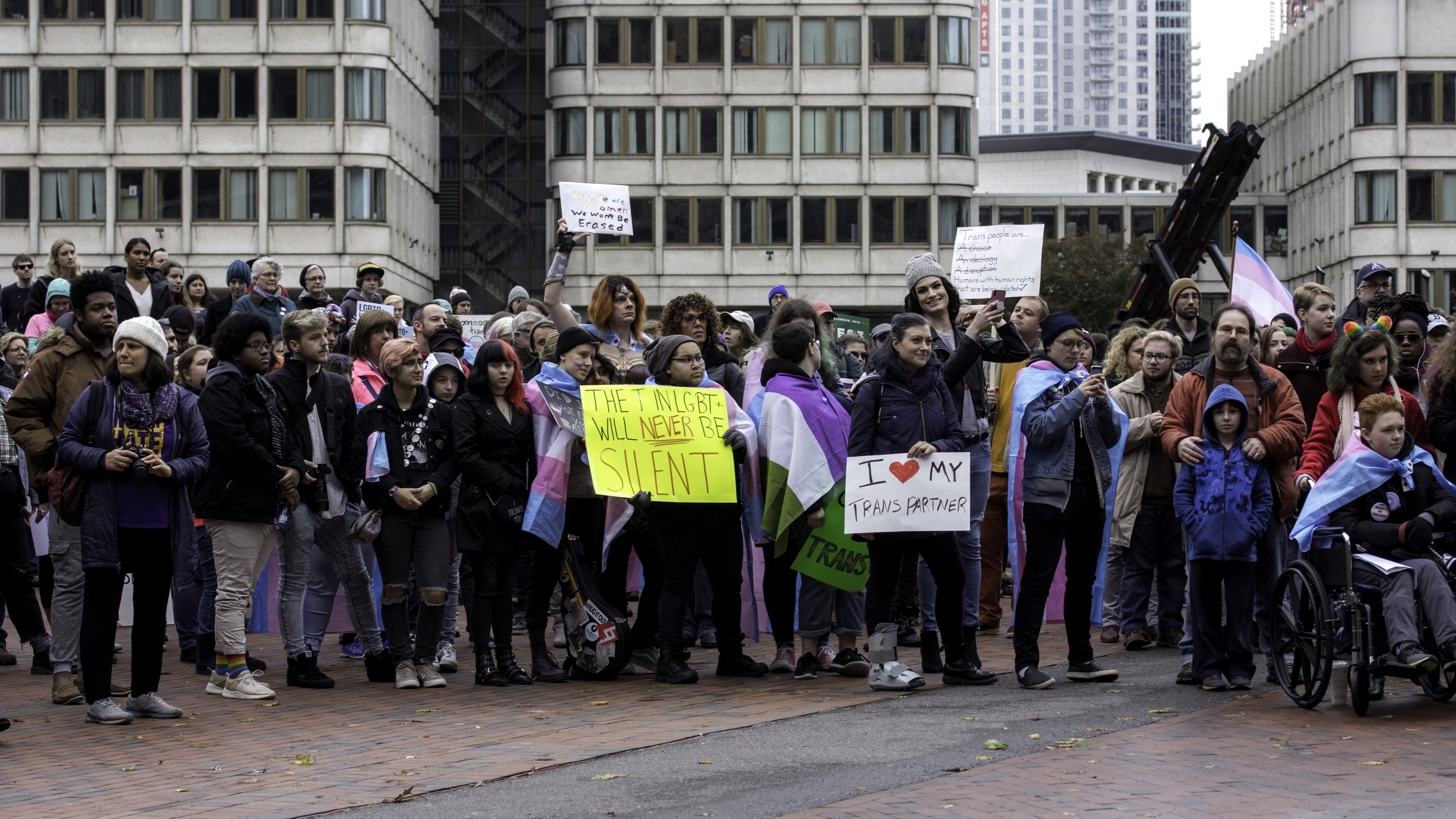 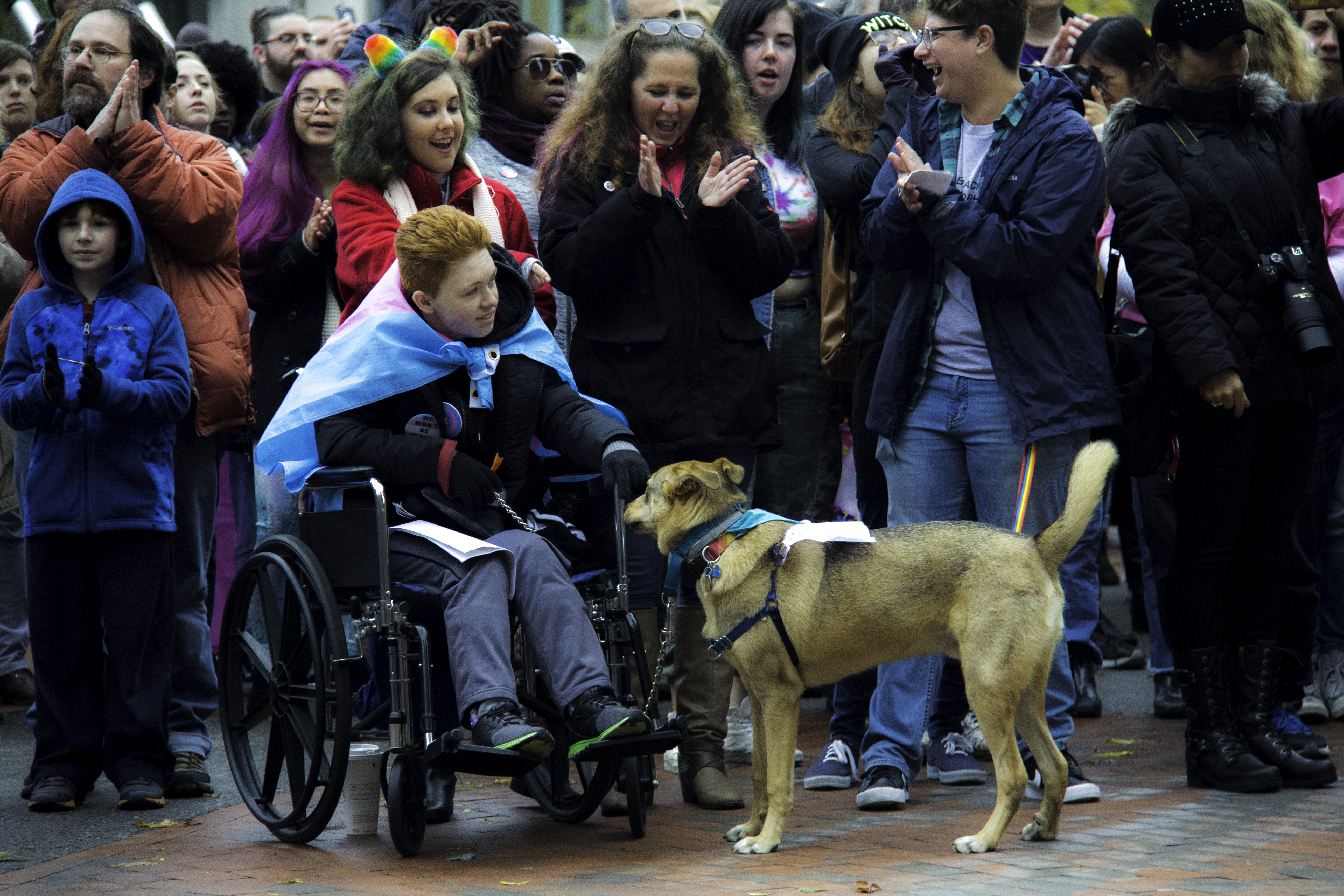 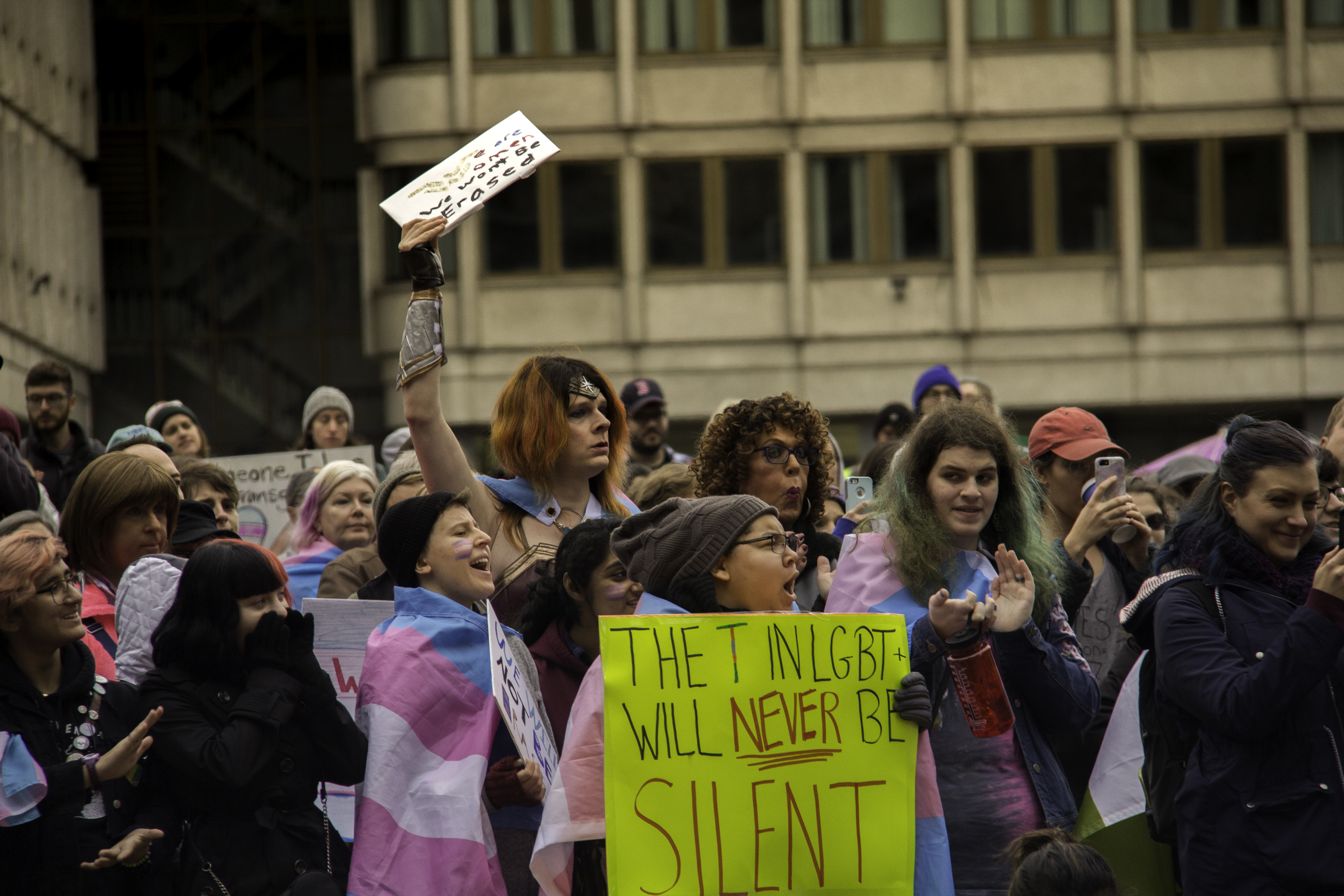 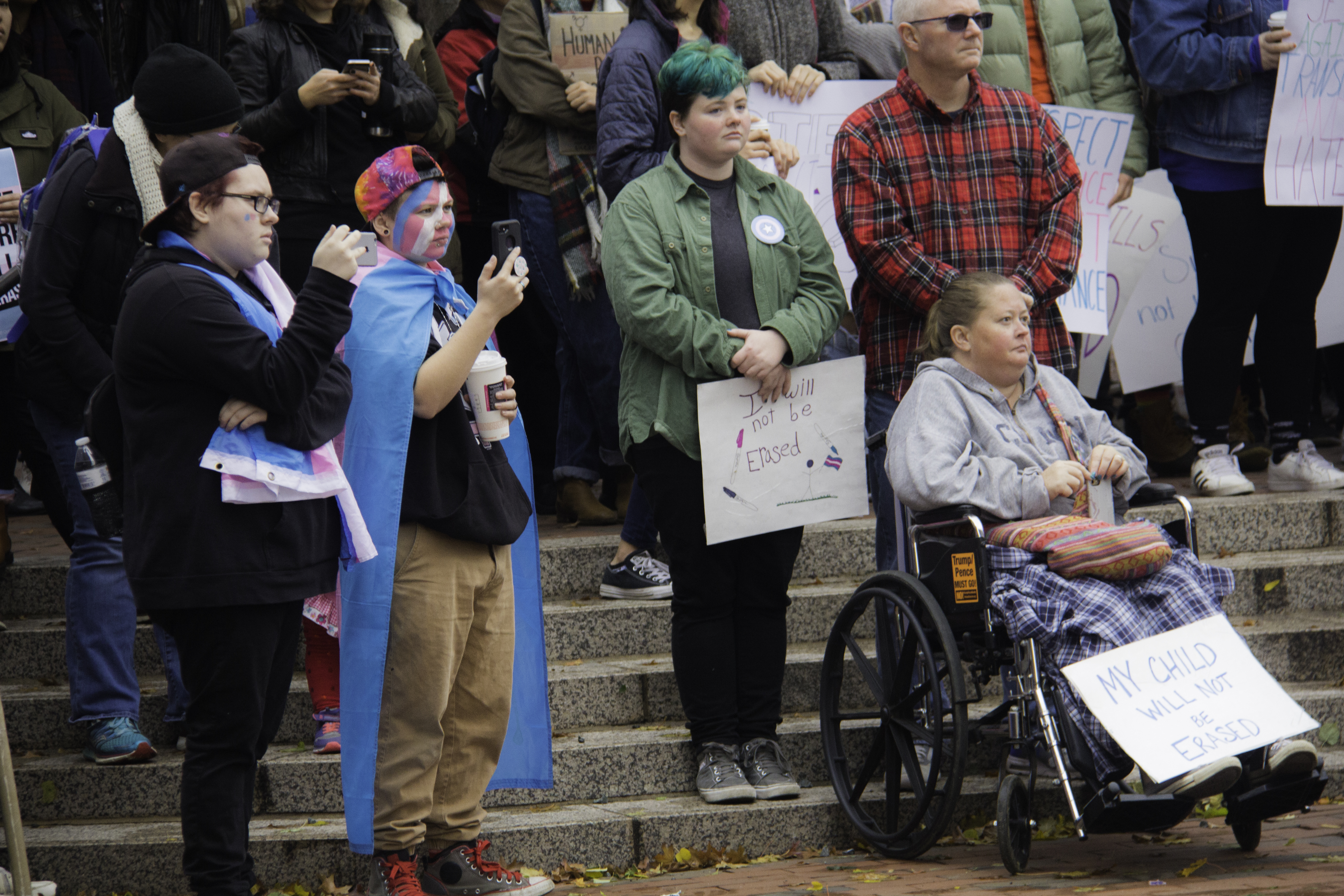 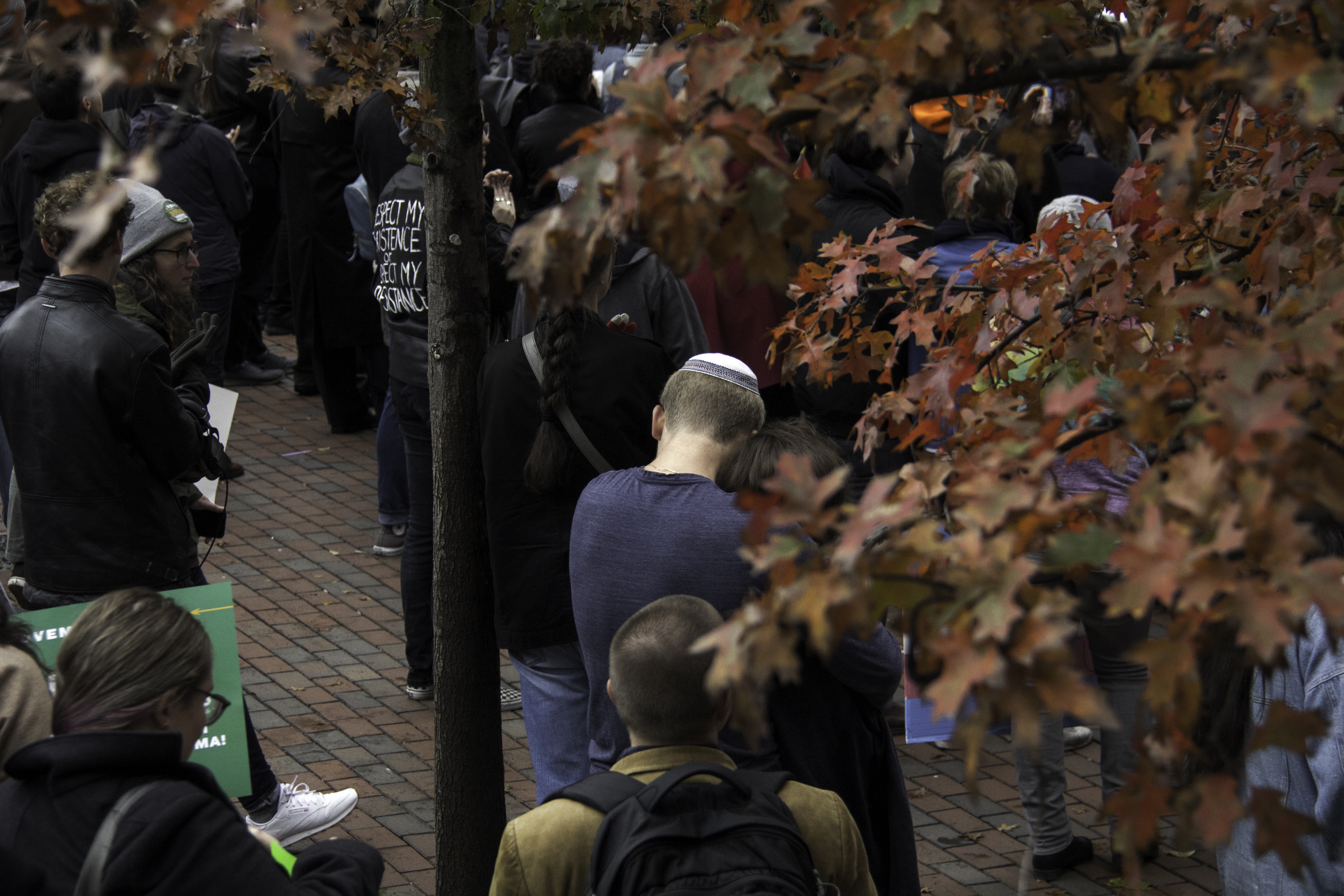 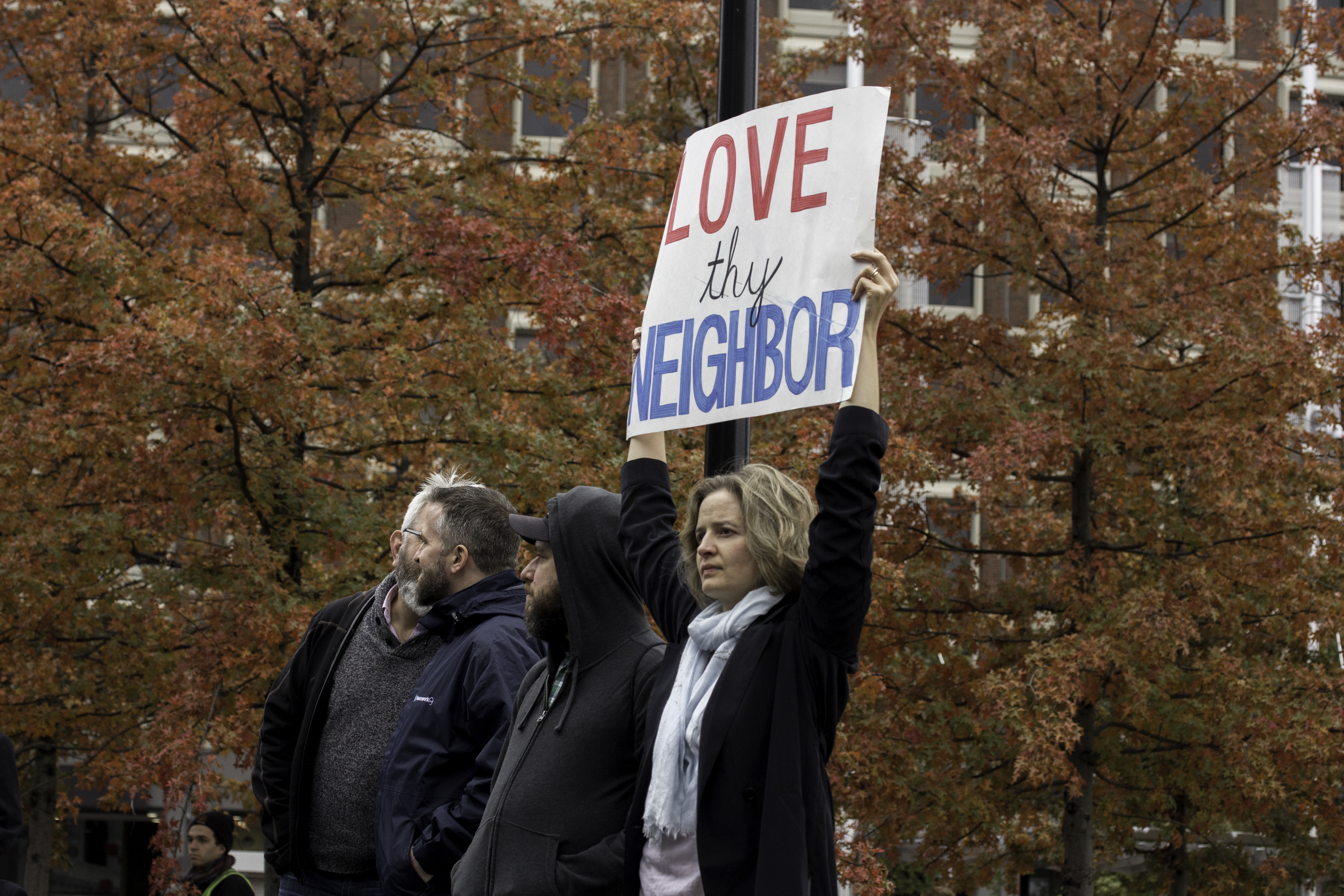 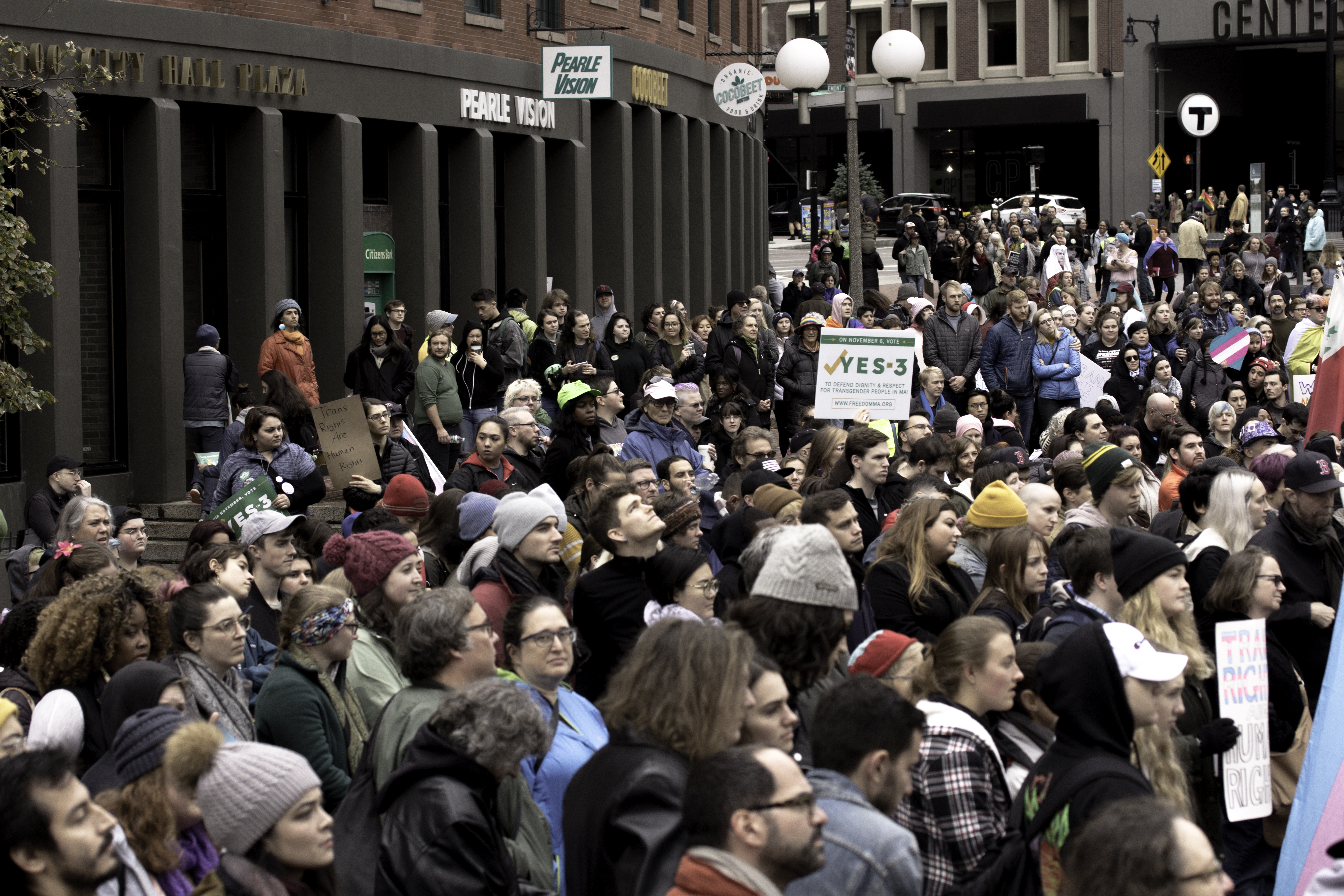 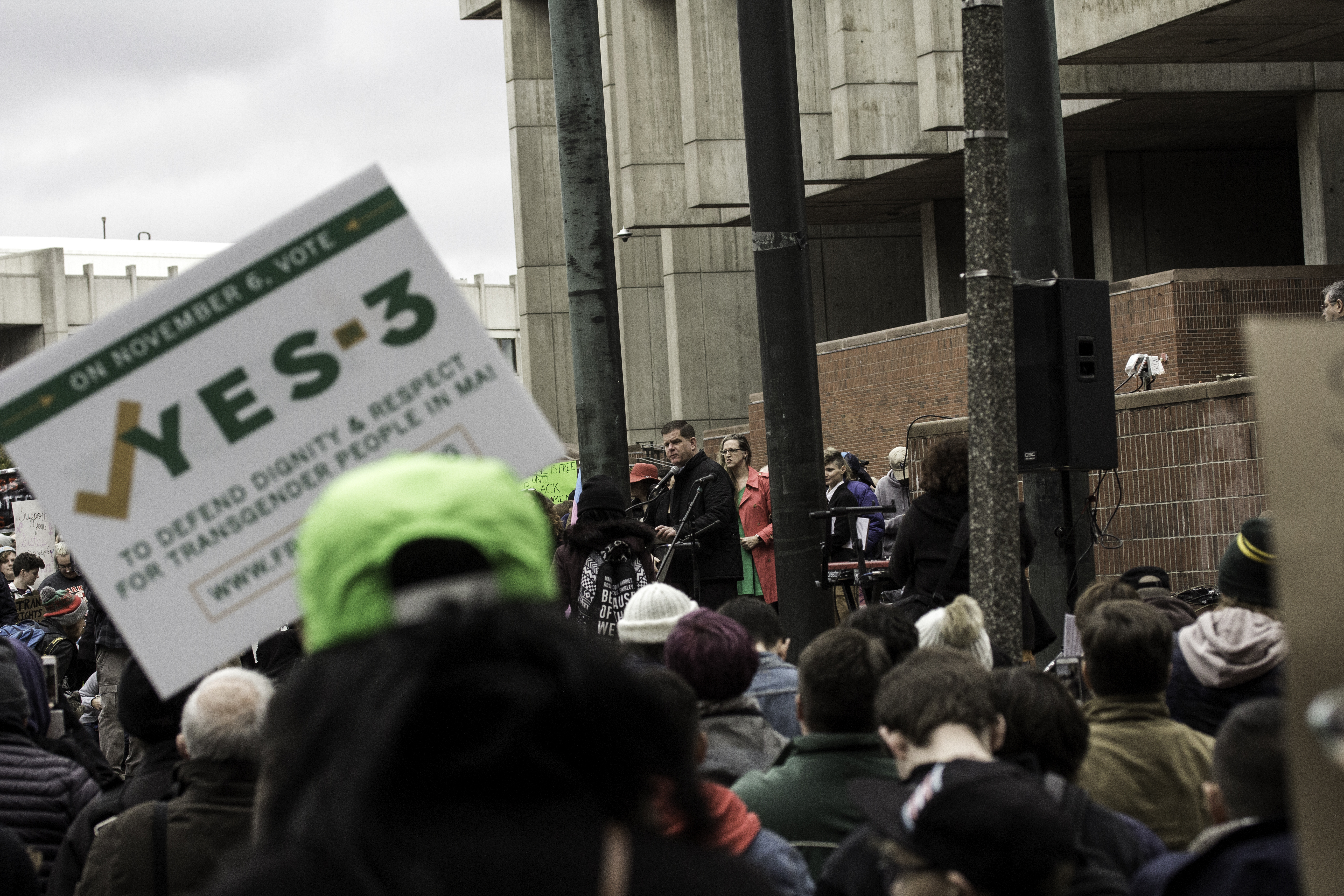 I was first introduced to the term “Boston Marriage” in my first-year English class, Gender and Sexuality in Nineteenth Century Literature, when we were reading a short story titled “Two Friends” by Mary E Wilkins Freeman. It was a story about two women who lived together their entire lives independent of any male support. The two were clearly more than friends, but due to the constricting nature of the time period, their romance was only hinted at through veiled descriptions and the story ended with one of them dying (playing in, no doubt, to the “bury your gays” trope).

While this story sounds radical for the time period, it was common enough to merit a term for it. The term “Boston Marriage” derives from Henry James’ book The Bostonians, which was the first account that described this sort of phenomenon that was occurring. Usually the two women that lived together did so out of a mutual benefit, so that they could pool their assets together and live the lives they wanted to live without the limitation that would be placed on them if they were to enter in to a traditional marriage.

Though this term was in use during the nineteenth century, it was meant only to convey the fact that the women were living together, not necessarily that they were lovers, which is why this type of arrangement was accepted with little criticism. Looking back, historians can make conjectures as to whether some of these Boston Marriages were sexual or romantic in nature but we can never be certain. It would be remiss to dismiss them all as platonic however. While some were most likely sexual in nature, some were also simply romantic in nature and could be described as a form of asexuality back then.

Mary E Wilkins Freeman based most of her stories off of personal experiences and was herself in a Boston marriage with a woman named Mary Wales. The two lived together for almost two decades. Within this climate, Mary E Wilkins Freeman was able to write and publish freely and became a successful, independent author. Her disdain for traditional marriage is mirrored in another feminist short story of hers titled “A New England Nun” which tells about a woman who refuses to marry because she is content to live entirely independent for the rest of her life.

Whether or not the women in these Boston Marriages were lesbian or not, they at least demanded an early form of independence that we do not typically associate with the nineteenth century women. Many were independent writers and artists with their own flourishing careers and like Mary E Wilkins Freeman, made works that mirrored this independence.

Davis, 58, graduated from Boston University’s College of Fine Arts in 1979 to pursue acting. She won an Oscar for Best Actress ten years later for her role in “The Accidental Tourist.” She is also known for her work in “Beetlejuice,” “A League of Their Own,” “Stuart Little,” and was nominated for another Academy Award in 1992 for her character in “Thelma and Louise.”

“I always wanted to play characters who were in charge of their own fate,” said Davis in a press conference at the event. “When [“Thelma and Louise”] garnered such a big reaction from women it made me think much more consciously about what the women in the audience would think about my characters.”

Davis started the Geena Davis Institute on Gender in Media in 2004 after watching family movies with her daughter, who’s now twelve, and noticing a severe under-representation of female characters. The non-profit research entity studies gender representation in film and television, particularly media aimed at young audiences. It works to reduce stereotypes of women by bringing attention to disparities in family films. Research from the last decade showed fewer than 1/3 characters in family films are female, and more than 95% of C-suite characters are male.

“I think it’s incredibly important, the images of women that we see,” said Davis. “If we’re showing kids female characters that are stereotyped, sidelined, or highly sexualized or not even there, we’re sending a message to kids. It’s basically saying that women and girls aren’t as important as boys.”

The institute is now the leading source of research on gender depictions in media. In 2013, it partnered with the United Nations Entity for Gender Equality for a global study that will be presented at the Second Global Symposium on Gender in Media in the Fall of 2014.

“The ratio of male to female characters in film has been exactly the same since 1946… things just haven’t changed,” said Davis. “I’m hoping that finally this last year where “Hunger Games” was number one and “Frozen” was number four, we actually might get some momentum.”

What: Book signing and discussion of Caryl Rivers and Rosalind C. Barnett's new book, The New Soft War on Women: How the Myth of Female Ascendency is Hurting Women, Men and Our Economy

For the first time in history, women make up half the educated labor force and are earning the majority of advanced degrees. It should be the best time ever for women, and yet... it’s not. Storm clouds are gathering, and the worst thing is that most women don’t have a clue what could be coming. In large part this is because the message they’re being fed is that they now have it made. But do they?

In The New Soft War on Women, respected experts on gender issues and the psychology of women Caryl Rivers and Rosalind C. Barnett argue that an insidious war of subtle biases and barriers is being waged that continues to marginalize women. Although women have made huge strides in recent years, these gains have not translated into money and influence.

Link to Purchase Book on Amazon

A breath of fresh air for the advertising world.

“The Boston University Feminist Collective and Video Game Society invite you to join us for a discussion about the gendered minefield that is the online world. We are fortunate enough to have feminist and media critic, Anita Sarkeesian, join us to facilitate the discussion and speak to her own experiences of how gender intersects with online spaces.

Anita is the author of the video blog “Feminist Frequencies” and the video series “Tropes vs. Women” where she explores the tropes of the depiction of women in pop culture. In 2012 she started a Kickstarter campaign to help her create a new series entitled “Tropes vs. Women in Video Games” and experienced harsh online harassment from some members of the gaming community. This backlash furthered her message to include an exploration of the overwhelming amounts of online sexual harassment of female identifying gamers. In 2012 Anita was a speaker at the TEDxWomen conference where she discussed online sexual harassment and how influential it is in the online world. You can see that talk here: – [X]

Teenager Saheela Ibraheem is certainly one you should keep your eyes on!

The 15-year-old was accepted into 13 colleges, choosing Harvard, ranking her as one of the youngest students to ever attend the University.

Now, she’s continuing to set her own pace by making “The World’s 50 Smartest Teenagers” list.

Us Bostonians are lucky to be able to welcome her to the academic community here.

The conference “will be hosting speakers and organizations to discuss the importance of communities in the area that foster safer spaces for all individuals regardless of gender. We aim to do so by deconstructing the intersections of oppression and privilege in our communities and cultures.” – facebook page

Breaking News: October 16th has been declared Janelle Monáe Day by the Boston City Council! They chose to honor Electric Lady #1 for speaking up for the oppressed. Great to see a fellow feminist get such deserved recognition! Learn more about her here.

An advocate of female empowerment, Monáe talks in this interview about her message:

UPDATE: We are the first to report that October 16th has been declared Janelle Monáe Day by the Boston City Council! They chose to honor Electric Lady #1 for speaking up for the oppressed. More details will follow soon!