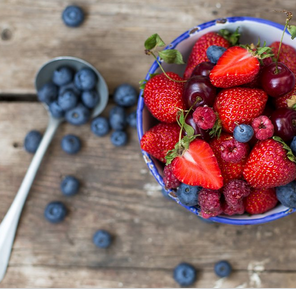 Every year, the Environmental Working Group(EWG)  releases its list of the “Dirty Dozen,” or the 12 fruits and vegetables available in the U. S. with the most pesticide residues. The media publicizes the list, and unfortunately, scares the daylights out of some folks about enjoying Mother Nature’s finest once revered as uber-healthy.

As a registered dietitian, I beg you: Don’t let this list scare you from eating fruits and veggies.

What’s more, there’s already a robust process in place to make sure the produce that winds up on store shelves – even those landing in the “Dirty Dozen” – are safe for you to consume. It’s a science-based, four-step assessment conducted by the U.S. Environmental Protection Agency and U.S. Department of Agriculture’s Pesticide Data Program (PDP), which launched in 1991 and manages the sampling, testing and reporting of pesticide residues on both domestically grown and imported foods.

The organizations estimate how high a dose of each pesticide is potentially harmful for human health, consider all the ways a person could be exposed to the pesticide – such as eating, drinking and inhaling it, as well as absorbing it through the skin – and establishes a very liberal “reference dose,” which is an amount that is safe to consume daily even if you were exposed to it in multiple ways.

The U.S. Environmental Protection Agency (EPA) applies very stringent criteria to ensure that pesticide residues on foods provide a “reasonable certainty of no harm” to consumers.  Such measures include considering exposure from food, drinking water, and the residential environment, considering the cumulative exposure for entire families of pesticides possessing a common toxicological mechanism, and applying additional safety measures in cases where infants and children may be more susceptible to pesticides than adults.  Only after such criteria are met does EPA allow pesticides to be used on specific crops,” says Carl K. Winter, a professor at the University of California at Davis whose research on how to detect pesticides in foods and evaluate their risk to humans is used to inform the PDP’s work.

Indeed, the latest PDP report uncovered that over 99 percent of the foods it tested, including produce, had pesticide residues well below the levels that the EPA has established as safe to consume. And get this: This is the very report the EWG used to create its “Dirty Dozen.”

So while, as the EWG points out, some produce is more likely to have pesticide residues than others, it’s virtually all safe to consume. The Dirty Dozen report misses that very important point.

So why is it released every year? According to an email response  from the EWG, it’s to support the organization’s recommendation to buy organic whenever possible for health and environmental issues. But, Winter says, “the worse thing for consumers is to be scared to feed produce to themselves and their family.”

I agree. Get the most amount of fruits and veggies for your buck when it comes to buying produce. Buy what is on sale and wash it before you eat it. Enjoy Mother Nature’s finest, in hefty amounts, no matter how it’s grown.

This article originally appeared in US News & World Report.