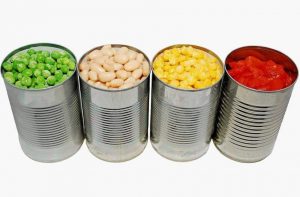 This article originally appeared in the Boston Globe.

If I had a dollar for every person who asked me if eating only fresh fruits and veggies is needed for good health, I would be wealthy.  My answer is always the same.  The best produce to eat is the cheapest.  In other words, purchase (and eat) the most amount of produce you can get with your consumer dollar.

Why?  Because a diet rich in fruits and veggies can help you reduce your risk of heart disease, stroke, certain cancers, type 2 diabetes, and obesity, all forms will slice up healthy benefits.  Unfortunately, 90 percent of Americans are not chowing down enough produce to meet the minimum recommended 2.5 cups of veggies and 2 cups of fruit daily.

Why the produce shortfall? According to a survey by the Produce for Better Health Foundation (PBH), the key barriers to eating enough of Mother Nature’s finest are costs, the perception that some forms of produce are less healthy than others, and the pesticide residues on traditionally grown fresh produce.

Let’s plow through these issues:

While nothing beats the taste of a fresh tomato plucked from your garden, diced canned tomatoes are my savior in the dead of winter.  Researchers at Michigan State University studied the cost and nutrient comparisons of canned, frozen, and fresh produce.  Depending on the vegetable, the canned versions were as much as 80 percent cheaper than fresh and 50 percent cheaper than frozen. Fruit, on average, was comparable no matter if it was fresh, frozen, or sealed in a can.

Here’s the shocker: the study also showed that canned produce provided similar nutrition comparisons to fresh and frozen.  While the heating process used in canning causes the loss of the less stable, water-soluble B vitamins and vitamin C, the remaining amount of these vitamins stays intact when it sits for months on your pantry shelf.  While fresh may provide more of these nutrients initially, if you allow your fresh produce to wilt away, oxidizing these vitamins, in the graveyard vegetable bin of your refrigerator for days before you finally get around to cooking and eating it, you might actually be better off with the canned variety.  When it came to vitamins A and E, minerals, and fiber, the researchers concluded that the canned variety is up-to-snuff with fresh or frozen.

OK, but what about the salt issue?  Draining the veggies before cooking them will reduce your sodium intake by about 35 percent.  Unfortunately, you will also be pouring these water-soluble vitamins down your sink drain.  The low sodium canned varieties may cost you more but are a less salty option.  Grab the canned fruit packed in juice to avoid the added sugars.

Picked at peak ripeness, frozen produce is cleaned, chopped, and ready to use.  It’s like having Rachel Ray tucked away in your freezer.  Keep in mind there isn’t any food waste with frozen so the price per edible portion may actually be cheaper than fresh. The freezing process is also kinder to preserving nutrients than the canning process.  The price per serving is typically less than fresh, unless there is a sale going on in the produce aisle.  (See below.)

I will admit that nothing beats the flavor of fresh, seasonal produce eaten at it’s peak quality.  To buy it on the cheap, check your weekly supermarket circular for “produce loss leaders,” which are veggies and fruits sold on sale at or even below costs just to lure you into the store.  (I take the bait weekly as this is the bargain of all bargains.)

When it comes to pesticide residues, studies suggest that organic produce typically has lower levels of detectable pesticide residues on the skin than traditionally grown.  However, the latest report from the United States Department of Agriculture (USDA) showed that over 99 percent of the domestic and imported fruits and vegetables tested had pesticide residues well below the levels that would pose a health risk as established by the Environmental Protection Agency (EPA).  Keep in mind that washing and scrubbing your produce with a vegetable brush under running water (which everyone should do no matter how the produce is grown) will help remove some of the pesticide residues as well as dirt and harmful bacteria that can cause foodborne illness.

Take-Home Message:   When it comes to fruits and veggies, eat whatever form you like and can best afford.  Just eat at least 4 1/2 cups daily for the sake of your health.

One thought on “Which is best: fresh, frozen, or canned produce? The answer may surprise you”