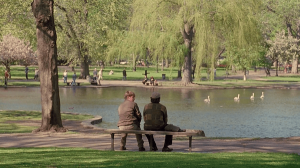 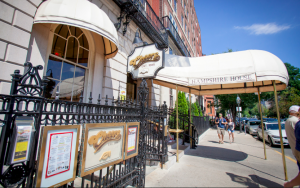 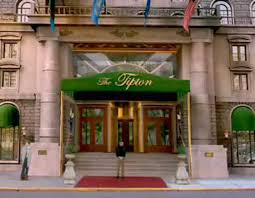 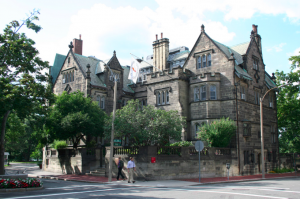 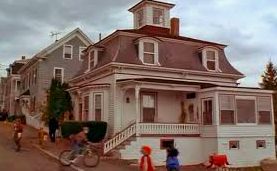 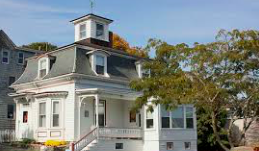 In high school it always seemed like if you made it to Spring Break you were practically done with school. You left pale as a ghost, came back nice and crispy, and then just sailed through the last couple weeks of school.

In college, you’re still pale, you still get tan, but you don’t coast through til the end of the year. See Spring Break falls right in the middle of the semester more or less. And there’s a long 7 week stretch full of midterms and projects waiting for your return.

That being said, Spring Break in college tends to be a bit more entertaining than in high school. And getting away for spring break after spending a whole year in Boston... well, there’s nothing much better than that. Whether you’re going home, to Cancun, or sticking around New England, Spring Break always proves to be a very therapeutic escape.

Being in college also provides you with Spring Break options, something I didn’t really experience in high school. For instance, my comedy group, Liquid Fun, went on a tour around New England performing at different schools in the area. We trekked from Boston to Vermont, to Montreal, and to NYC. Surprisingly we didn’t get much of a tan.

Many other students also engage in something called Alternative Spring Break. ASB is organized through the Community Service Center and is extremely popular, often filling up within minutes of opening its registration. These trips are volunteer based and go anywhere from Virgina to Montana. It’s a great way to make a new group of lifelong friends and do something worthwhile with your break.

Or, you know, you could go to PCB. Whichever path you choose, you’re gonna have a good time. Guaranteed.

Spring break is only a few days away and for some of us that means long hours on a train, bus, or plane. I will be heading back home to New Jersey, which entails a six-hour bus ride. I am not a great traveler. I can’t read, do work, or even cross word puzzles without feeling sick. Therefore, I have limited choices for keeping myself busy for the six hours on a bus.  I can’t think of many people who enjoy these long hours of traveling, but if I have my favorite playlist to listen to it helps make the traveling bearable. Listening to music does not require any work, except listening… perfect! One of my favorite playlists for traveling is my “Travel Tunes” playlist (how cliché, right?). This playlist includes some of my favorite songs and ranges from old school artists (Led Zeppelin) to fresh new faces (Disclosure). I hope you find these tracks helpful for getting through long hours of traveling this spring break! Midterms. That dreaded word that causes students everywhere to quake upon hearing it. What’s scarier than the thought of the first big cumulative exam of the semester? The tell-all test when you reveal if you’ve been actively learning all semester or if you’ve been sliding down into your lecture hall seat and grabbing an hour or two of beauty rest every day. Get ready, cause it’s show time.

As spring break begins next week, professors tend to be loading on projects and exams left and right, in an attempt to get that one last evaluation in before students flee to sunshine and warm beaches. However, if you can keep your head among all this craziness, it’s more than possible to manage your time and successfully conquer your midterms. Here’s a handy list of tips to how you can survive “hell week”.

1)      SLEEP - This comes first on the list because it is by far the most important preparatory tool and is also the easiest to sacrifice when things get crazy. Make sure first and foremost that you get your 9 ½ hours every night, because once you start to slip on that, you’ll fall into a vicious cycle of working inefficiently and therefore sacrificing more sleep as tasks take longer to complete. Also, research shows you will be happier, healthier, and better academically if your brain has the rest it needs.

2)      Drink lots of water – It’s easy to fall prey to the tantalizing lures of coffee and energy drinks, which promise to give you those extra hours of focus you need. However, if you’re not getting enough water in your day, these diuretics will make you jittery and irritable. Hydration is key to staying healthy, so try to limit your consumption of caffeinated beverages.

3)      Start studying early – What seems to be common sense to any impartial bystander is often ignored by frantic college students. The more of a head start you get on your studying, the more prepared you will be. I try to plan at least a week’s worth of course review, so that if gaping holes in my knowledge appear I have time to do something about them.

4)      On a similar note, DON’T study the night before an exam – This old adage that they told you in SAT prep classes applies to your college tests as well. Chances are you aren’t going to be retaining anything you’re trying to learn or review at this point. Watch a movie, play a video game, go to the gym, or just hang out with your friends. De-stressing and getting enough rest is the best preparation you can get the night before a test. I can’t emphasize this point enough – don’t fall prey to the “last-minute-all-nighter-double-header” study sessions your friends or floor mates might be engaging in, it’s not worth it.

These four tips may seem obvious, but you would be surprised how easy it is to forget about them or rationalize not doing them.  Stand by this list, and make sure you’re taking care of your physical and mental health, and you’ll be well on your way to midterm success.
Stay frosty,