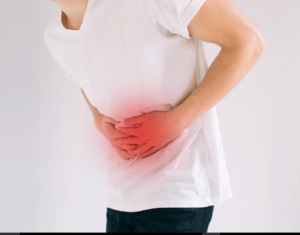 One of the most rewarding parts of throwing a holiday bash is the text messages you get the next day from your guests reminiscing about how delicious and fun the prior evening was for all.  What you don’t want to receive are messages, or even worse, selfies illustrating that there was an impromptu after-party thrown at your local hospital ER exclusively for all of your ill-stricken guests.  Food poisoning is a horrific holiday present to give as it’s a gift that keeps giving for days.

The Centers for Disease Control (CDC) estimates that 48 million people get sick from food poisoning each year with 128,000 of them having to be hospitalized.  Bouts of nausea, vomiting, stomach cramps, and diarrhea are not only unpleasant painful reminders that you ate some bad food, but this type of foodborne illness can accelerate to the point that is life-threatening.  According to the CDC, 3,000 folks die annually because they ate something that contained a pathogen that caused food poisoning.

Keep in mind that if children, pregnant women, older adults, and/or folks with certain chronic conditions are on your guest list, these folks are even more susceptible to food poisoning.  For kids, the combination of their immature immune system and less stomach acids being produced in their stomachs makes them more susceptible.  Pregnancy also reduces the vigor of a woman’s immune system to fight food poisoning, and in your later years, aging causes your body to provide less ammunition to fight pathogens compared to your youth.   Finally, individuals with medical conditions such as diabetes, and liver and kidney disease, or those undergoing chemotherapy or radiation treatment therapy, all of which weaken a person’s immune system, are also at a higher risk of getting sick.

To help you enjoy your holiday season without regret, here are some tips to keep your party merry and bright:

If you are baking cookies or making raw dough ornaments at your party, you could be asking for trouble.  While you shouldn’t eat raw, egg-containing cookie dough or batter because of the increased risk of getting Salmonella, that’s only part of the problem.  According to the Food and Drug Administration (FDA), flour can contain bacteria that can also sicken you.  In 2016, there was outbreak of foodborne illness by the bacteria, Shiga toxin-producing E.coli O121 found in the flour.  Because of this, the FDA is now recommending that you don’t let kids play with raw dough.   If you and your guest come in contact flour, make sure that all hands, work surfaces, and utensils are thoroughly washed when the baking or craft making are done.

While I will admit that sipping eggnog topped with ground cinnamon and nutmeg just screams out holiday cheer, making it with a traditional recipe that calls for raw eggs will put you and your guests at a food poisoning risk.  The CDC recommends that you swap out the raw eggs from the eggnog recipe and swap in pasteurized eggs that can be found at many supermarkets.  Even better, save yourself from this unnecessary worry by just buying pre-made eggnog that is already pasteurized.

Carving a Turkey or Chicken

In a study done by researchers at the CDC, poultry was found to be the most common cause of foodborne illness outbreaks in the United States.  The good news is that proper cooking will kill off this problem in poultry.  To avoid food poisoning, get yourself a reliable food thermometer and make sure that it is inserted in the innermost part of the thigh, wing, and breast of the poultry.  If the thermometer reaches a safe internal temperature of 165 degrees F, you are good to go.  Contrary to popular thought, don’t wash the poultry before cooking it.  Giving your bird a bath in your kitchen sink will not wash away all the bacteria.  Rather, it could increase your risk of getting sick by potentially splattering the pathogens in the sink and contaminating surrounding surfaces

When putting food out on a buffet table, you need to remember to keep cold foods COLD and hot foods HOT.  Cold foods such as cooked shrimp and salads should be placed on a pan of ice in to keep these items at 40 degrees F or colder.  Hot foods need to be held at 140 degrees F or higher by using heating trays in order to keep bacteria from multiplying to levels that can make folks sick.  Better yet, only put out small portions of these foods at a time.  When the tray is empty, replenish the buffet table with new platters of foods from the refrigerator or oven.   Keep in mind that when the party is over, perishable foods left at room temperature for 2 hours or more should be tossed.

If you are sending your guests home with leftovers, be mindful of the distance they have to travel.  If they aren’t going to reach their home in less than 2 hours, make sure these edible parting gifts are pack safely.  Perishables should be packed in a cooler with ice or cold packs that will keep the food at least 40 degrees F until arriving at home.