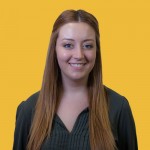 As a working girl this summer, I have an hour commute to and from the office. A lot of people would complain about the travel time, but I don’t mind because I don’t have to drive; instead, I take the commuter train that drops me off a quick seven minute walk away from WXPN, where I’m interning (see my previous blog for details!). I love taking the train for the following reasons: I’m not required to be awake during the ride–yay for not risking falling asleep at the wheel!; there’s excellent people watching (I’m looking at you, lovely bearded man with a penchant for plaid); and, when I’m not catching up on sleep or checking people out, I have ample reading time. Seriously, I haven’t had this much time for pleasure reading since high school.

For those of you searching for a good read for your own morning commutes–or for the beach, you lucky kids!–check out what I’ve read so far this summer:

I received my first introduction to Billy Wilder in my junior year of high school when my film studies teacher showed us Some Like It Hot, Sunset Boulevard, and Stalag 17. Wilder instantly won me over with his quick-witted dialogue, deep understanding of human nature, and original stories. I’m not a huge fan of biographies (I actually think this is the first one I’ve ever finished), but I sped through Mr. Wilder’s in a couple of days. The biography commences with Billy’s humble beginnings growing up as a Jew in Galicia in the Austro-Hungarian Empire, and moves through his extraordinary career one film at a time. The biography is written through Billy’s own words, as he recounts his tales to Chandler, and is bolstered by the memories of some of Old Hollywood’s greatest stars–Groucho Marx, Tony Curtis, Jack Lemmon, and Gloria Swanson among them. Billy Wilder was an incredible filmmaker and led such a colorful life. The biography is a must-read for all film buffs, but would be enjoyable for and accessible to even the most casual reader.

I’ve been a longtime fan of Chuck Klosterman, having read Chuck IV; Sex, Drugs, and Cocoa Puffs; Killing Yourself to Live; and Downtown Owl over the years. He’s probably one of the most politically incorrect, yet hilarious and intelligent writers I’ve ever read. Fargo Rock City has been sitting on my shelf for the past four years, but I had never gotten around to reading it because it didn’t interest me at all; the topic of the book is social commentary about hard rock–specifically metal–framed by Klosterman’s memoir of growing up as a metalhead in rural North Dakota. Sure, a fair amount of the metal references soar so far over my head, but this is a book I can enjoy purely for style and voice. I received multiple dirty looks while sitting in the quiet ride car of the train and chuckling at phrases like, “That leads us back to Ozzy Osbourne, who was rarely boring and usually hilarious. At various times in his career, Ozzy has behaved like a satanic pope.”

Yes, I’m one of those awful people who reads Game of Thrones. I don’t even know what to tell you about this book, other than it’s just under 1000 pages, and I read it in a week. So, yeah, it was really good. Martin’s series is so much better than its HBO counterpart (but that’s always the case for book-to-tv/film adaptations); the show skims only the surface of Martin’s highly complex world, and that’s a shame because it’s in the tiny details of his plot that we uncover the most intriguing mysteries. C’mon, there is almost two months of summer left–you have time to catch up!

I ordered this book on Amazon for two reasons: 1) The novel is the source material for Michel Gondry’s (Eternal Sunshine of the Spotless Mind, Science of Sleep) new film, and 2) As a French minor, I wanted to keep in practice over the summer. The book is a surrealist work and tells the story of Colin, a wealthy and extravagant young man, who marries Chloé, the woman of his dreams. The couple should live happily ever after, except Chloé falls ill while on their honeymoon, as a water lily begins growing in her lungs. The novel mocks existential ideologies (Vian loathed Sartre) and is full of double entendres and wordplay. Between the dense content and my shoddy knowledge of the French language, it’s slow slow going, but I’m really enjoying the novel. I’ll probably read it in English after I finish the French version to make sure I didn’t miss anything. I’m super stoked to see Gondry’s film adaptation with Romain Duris and Audrey Tautou! (Check out the trailer here: http://www.youtube.com/watch?v=N4HIAwI4irs)