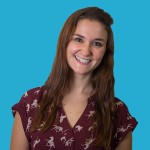 My life has been INSANE lately. Totally amazing and incredible, but insane. Where do I even start?

Well, I’m a SENIOR. That’s crazy enough as it is. I can’t believe I started at BU just three years ago, and it’s only eight months until they kick me out.  Yeah, I cry a little every day, but I feel so confident that I’m (relatively) ready to go out in the world and conquer it. All of the classes that I’ve taken here, all of the professors I’ve met, and all of the connections I’ve made, whether I’ve realized it at the time or not, have prepared me to be a confident, professional, and able human in the world of communication.

Things have been going well outside the world of COM as well. This semester, I’m the Inspector General of my Air Force ROTC Detachment (I know, it sounds so fancy), so I’m busy all of the time, but it’s the good kind of busy. We still have our early morning workouts and uniform days, and I’ve been able to appreciate every single moment.  I’m beyond excited to become a Second Lieutenant in the United States Air Force. (Phew, that’s even kind of heavy to say).

As for work, I finally landed my dream job.  In November of 2010 I took my first yoga class at Back Bay Yoga studio, and told myself that if I ever became an instructor, I would try my hardest to work there. Three years and over 500 hours of training later, I was asked to take on a prime-time class at BBY, as well as two classes at its sister studio, Sweat and Soul Yoga. Even though it’s not a PR job per say, I owe a lot of my success to the things I learned from some of my favorite COM professors (shout out to Supa, Downes, and Wright, what up!). I’ve learned how to promote myself in a positive way, and voila, I’m teaching at two of Boston’s most well known studios.

I feel so lucky to be where I am and eternally grateful for every single situation I’ve been placed in. Definitely be sure to keep a positive attitude, no matter what life throws your way, especially during your four years here.  I promise that things will get rough and ugly but that doesn’t mean they have to be bad or announce the end of the world.  NAMASTE!