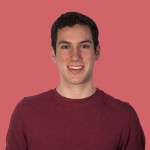 So normally I would apologize for having 2 Red Sox related blog posts, but THE RED SOX JUST WON THE WORLD SERIES!

The magic of the beards prevailed, and for the first time in 95 years the Sox just won the World Series at Fenway! As soon as Koji struck out the last batter, everyone just ran into the streets to celebrate.  The BPD shut down Kenmore Square, but Bay State road was filled with people, and we all ran down to get as close to Kenmore and Fenway as we could.

There were all sorts of chants like “lets go red sox,” and “papi, papi,” (pretty sure there was one involving the Yankees and a 4 letter word for a while, but I’ll leave that up to your imagination.) People were climbing on anything that could be climbed, from lampposts to trees, the crowd was singing “Sweet Caroline,” and it was one of the best nights of my life. I don’t know if I’ve ever seen Boston so excited, people were celebrating in the streets for hours.

The parade starts at 10am on Saturday, and heads down Boylston all the way down to the Museum of Science, where the Duckboats are going to go into the Charles and do a loop. (Here’s a link to the map).

It’s definitely going to be one of the craziest celebrations Boston has seen in a long time!!