Let me take you back to the days pre-“Hamilton.” I was 14 years old when I first heard Lin-Manuel Miranda’s first big creation, “In the Heights.” I asked for tickets for my 15th birthday, and my mom took my best friend and I to New York to see the show. It was a life changing experience that began my deep admiration for Lin (I’m going to affectionately call him Lin like I know him—just go with it).

I suppose you could say that I now identify has a “Hamilfan.” Is that what they call themselves these days? Anyway, I listen to the soundtrack non-stop (see what I did there?), and I find that it has had deep, meaningful importance in my life over the past year or so. The lyrics get me through my tougher days, and more importantly, the show itself has brought theatre into the lives of so many who wouldn’t otherwise experience it or think to even give it a chance as something they could potentially enjoy. I’m inspired by the work, but I’m also inspired by the man behind the work. Lin-Manuel Miranda has created this sort of empire through “Hamilton,” and in doing so, he has been able to spread positivity and intellect among so many people. I think we can learn a lot from Lin, but here are four things about him that inspire me the most (told via Lin’s tweets): 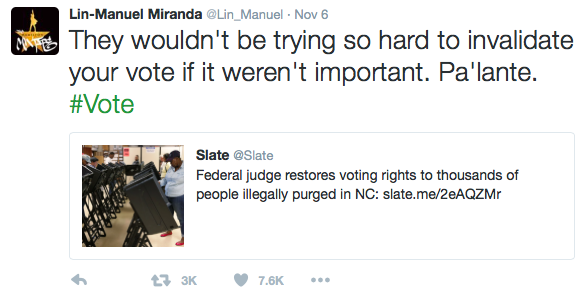 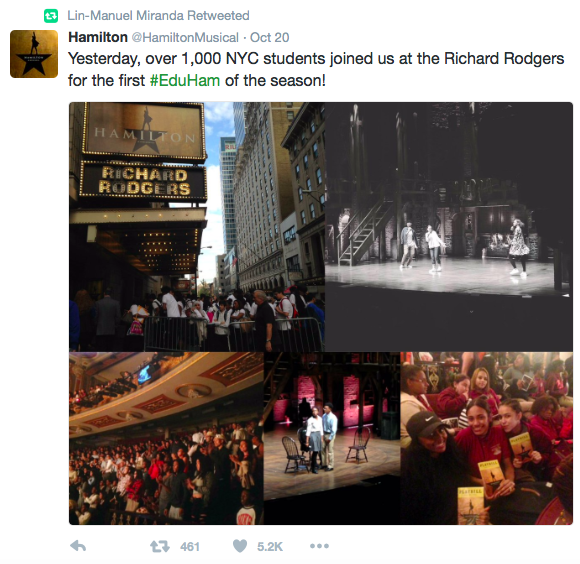