After 7 semesters and 3 summers, my time at Boston University is drawing to a close. I will carry the memories and lessons I’ve learned long after I graduate in January, but it feels very bittersweet for my time as a student to be ending after such a wonderful experience! I’ve decided to go through and reflect on what I learned during the time I was a BU student.

Fall 2015
I was so nervous before I moved in about making friends and getting to know a city I had only visited for short periods of time. But, I was able to form a community by doing FYSOP my first week of college, befriending all of the people on my floor in Warren Towers (5C!), and joining lots and lots of clubs. It seemed silly to be afraid after meeting so many people I could relate to. 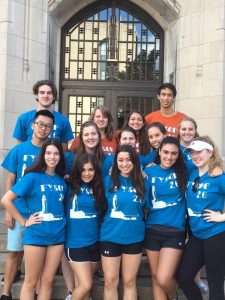 Spring 2016
This was the semester that I found my home at BU: COM Undergraduate Affairs. I really looked forward to being, and to stopping by whenever I was in COM. It was where I really found people with similar interests and passions. I also learned how much fun PDP’s are while I took a golf and swim class! 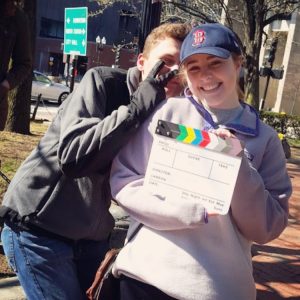 Summer 2016
I spent my first summer after college back home in Maryland, and it was the second-best summer of my entire life! It was so important for me after a school year of change to be able to come home and be with the friends I had grown up with, to nanny for the kids I love, and to sleep in my own room. 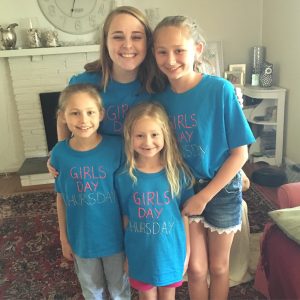 Fall 2016
This was undoubtedly the best semester of my college career. I became best friends with the greatest friend I’ve ever had, CA Claire, and realized what it meant to find a near-perfect friendship. I also worked harder than I ever had on Bay State, the BUTV10 show, and felt more confident than I ever had in my classes and what I was doing. 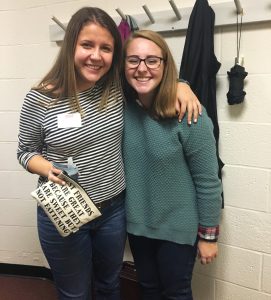 Spring 2017
I went from my best semester in college to my worst. Though I was doing lots of fun things, like being an assistant stage manager for BU On Broadway’s Legally Blonde, and directing on Bay State, I was doing totally too much and my mental health suffered. But, I learned how to prioritize the activities and friendships that matter, and to stick close with the friends that would be there for me through the tough times.

Summer 2017
Staying in Boston for the summer was an outstanding experience. The weather was great, I was working for Orientation, and I did my first internship. Claire and I did our fair share of cooking, and visited as many beaches as we could. We also took time to visit family in NYC and Maryland, which was super important after not being home for so long. 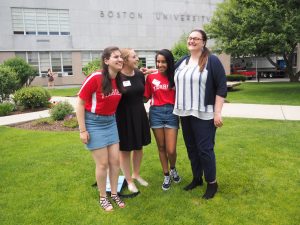 Fall 2017
This was the semester that I had an hour long lunch break at my internship in the heart of Boston, meaning I was constantly exploring and visiting my favorite place, the Boston Harbor. I also got to read feature film scripts for the first time, and made some really wonderful new friends as I took on bigger leadership roles. 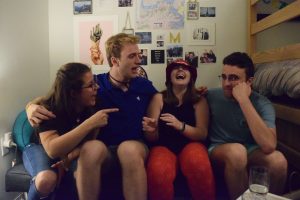 Spring 2018
My last semester in Boston was amazing because I interned at WGBH in their Children’s Programming department, and finally felt like I had found where in the entertainment industry I belonged. It was the best feeling in the world getting to go there, while also experiencing my favorite things in Boston for the last time. I miss Regina’s Pizzeria in the North End every day. 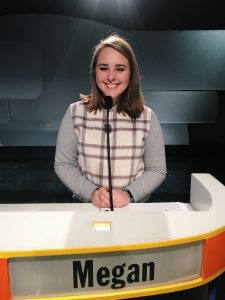 Summer 2018
The BEST summer of my life! I got to go abroad to London and explore England, Ireland, France, Belgium, and Amsterdam, and learned what it meant to really fall in love with a city. I had never felt so clearly that I belonged somewhere, and I miss it every single day. I also got to teach a bunch of Europeans how to make s’mores, and changed their lives forever! 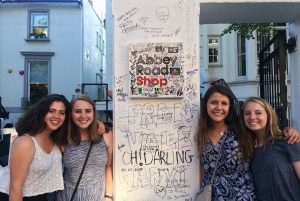 Fall 2018
My final semester of college has been devoted to “studying abroad” in Los Angeles, and preparing for a post-college world. I have had the opportunity to intern at what I think is probably the best place in the world, DreamWorks, and feel ready to enter the workforce and begin to make the magic I always dreamed I would. 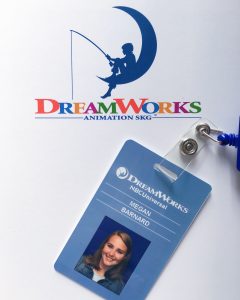 There are so many opportunities I haven’t gotten to mention in my final blog post, but I would be remiss if I didn’t mention how much being a COM Ambassador has meant to me. I have been able to make wonderful friends, meet amazing prospective students and their families, and share my love of BU to thousands of people. That’s craziness, and I am so so thankful for COM. I’ll miss college very much, but I know it has helped me get right where I need to be.