Knowing full and well when this blog post would be published, I set out with the original intention of getting a head start on it and being able to edit, rewrite, and revise my words to make it the absolute best, most profound it could possibly be. To be completely frank, in the typical “Lauren” fashion, I blatantly forgot that it was due, and am now writing it on my phone while out of town — on a BU-sponsored event, if that betters the situation.

To some, it may seem like a last-ditch effort to get my work done. To me, I think it couldn’t have worked out better, because the sentiments that follow are raw and unedited, my true reflection of my short time at COM and how it shaped me to be the journalist I am today.

But allow me to introduce myself, to those who may not know: my name is Lauren Frias, I’m a senior studying journalism at COM, and I’m from Chicago, IL — if you got to know me in person, I can assure you that the hard “A” that I use when pronouncing my hometown can verify my Midwestern status. I came to BU back in 2016, fresh out of the Midwest and ready to start my post-grade school journey on the East Coast. It was a terrifying endeavor at first, but through the extracurriculars I’ve joined, friends I’ve made, and experiences I’ve had, I can safely say that the residual fear I feel is simply apprehension for the future, not out of terror that my future isn’t set, but rather the excitement for what opportunities lie ahead, all thanks to my time at BU.

What have I done at BU, you might ask? Well, a lot. I got involved in a bunch of organizations that gave me the foundation I needed as a pre-professional journalist: the Daily Free Press, the independent student newspaper at BU; BUTV10, the student-produced television network; BU Today, the news and information website at BU; and of course, the COM Ambassador program. These activities not only prepared me for my more professional opportunities to come, but also provided me with close friends who became colleagues and co-workers alike.

My time as a student came to an abrupt halt when I accepted a full-time co-op at the Boston Globe as a staff writer for Boston.com, where I reported on news, arts, sports, traffic, and even real estate in Boston for eight months. I had my own desk at the Globe’s brand new downtown newsroom, which overlooked the lively crowds at City Hall Plaza.

From there, I continued my “non-traditional” student experience by studying/interning abroad in Sydney, Australia. I hate to stoop to the level of pretentiousness as those who say, “study abroad changed my life,” but I honestly feel that that statement doesn’t even do my experience justice. Studying in Sydney introduced me to the media landscape and allowed for educational experiences at ABC (Australian Broadcasting Corporation) —one of the largest networks in the country — as part of my Australian Mass Media class. Interning in Sydney introduced me to the culture in and around the city, as my assignments allowed for conversations with Australian locals and suburban residents. The best part of the experience as a whole was having the opportunity to travel across the continent. I pet a koala in Tasmania. I went scuba-diving at the Great Barrier Reef in Cairns. I surfed at the most beautiful beaches in the Gold Coast. I went sight-seeing in Melbourne. I swam in the coves and waterfalls of Auckland, and hiked in the mountains of Queenstown, New Zealand.

After an eventful — albeit somewhat tiring — semester abroad, I came back to Boston to quietly live out the rest of my college career. I’m part of the BU Statehouse Program, where I report on political affairs and legislation at the Massachusetts Statehouse, but I’m no longer a part of the organizations that led me to where I am today. Instead, I decided to take some time to smell the roses, to spend time with my college friends and enjoy the city for the few weeks I have left.

Quite frankly, I am fully aware that my BU “legacy” will be no more than a blip on the prestigious timeline that both precedes and will follow me. But the impact that BU has had on me as a student, a journalist, a Bostonian, a coffee enthusiast, and now a graduate will last well past my final footstep on the stage at Nickerson Field. So thank you to my professors, to my mentors, to my editors, to my peers, and to COM for leading me to where I am today, where I am more than honored to say that I’m #ProudtoBU. 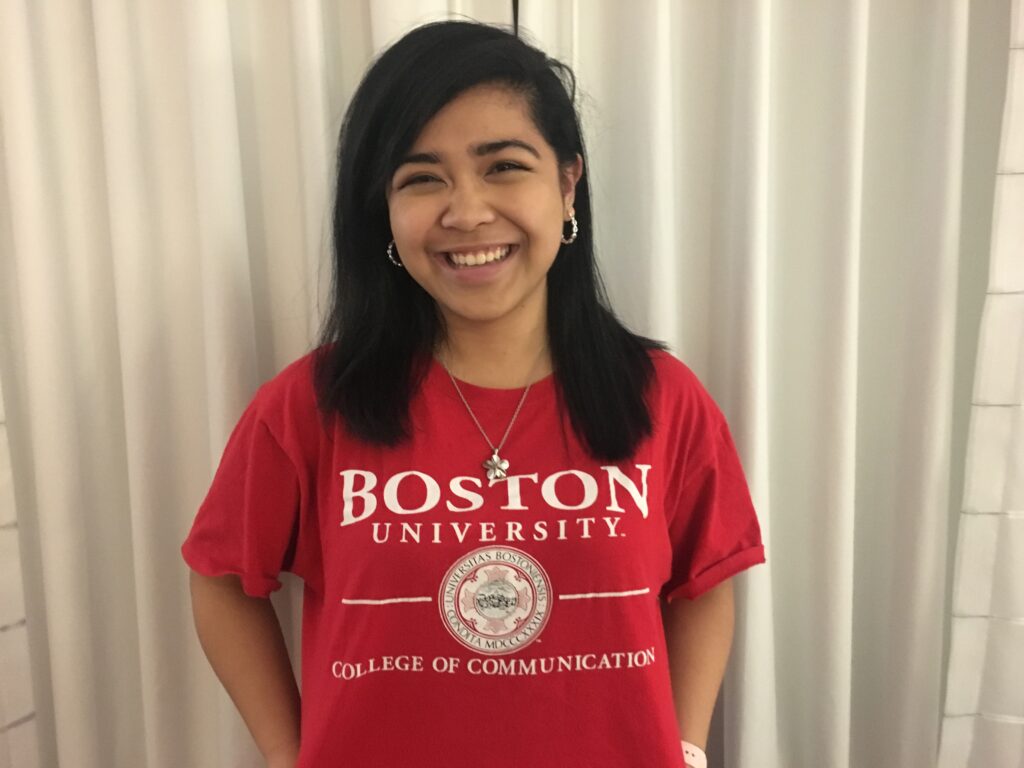