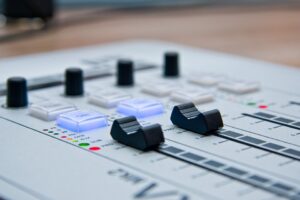 I started doing radio at WTBU as soon as it was literally possible for me to join. All the shows I’ve been on, however, have mostly been talking shows, so for my last semester I kinda wanted to change things up a bit and instead do a music show. Sure, I talk on the show but the main focus is the tracks I’m playing and the tracks I’m playing aren’t just any tracks.

Let me introduce you to citypop.

Citypop is a bit of a loose genre, in the sense that it’s a bit of an umbrella term. In essence, citypop refers to more of a particular time-period and attitude than actual structure or melody. It’s music from a bygone era and an attitude that not many can say they have experienced.

1980s Japan is currently experiencing what we know now as a bubble economy. Entering the 1980s, Japan had become incredibly rich, incredibly fast. From this, a new sort of attitude began forming. The money is plenty and now the people of Japan can afford to live and experience things that their parents who lived in a post-war Japan could only imagine. Car stereos and Walkmans became commonplace. Music could be heard everywhere and a never-before-seen production value was given to these songs, thanks to new advancements in digital recording. The music takes inspiration from jazz, funk, disco, R&B and rock. Yet, citypop is much more than the sum of its parts. The music talks of living a cosmopolitan life, looking forward to the riches of the future while also subtly longing for a simpler past.

For some reason, I was really attracted to this music. I’m not Japanese and I certainly wasn’t around during the 1980’s, but somehow the music resonated with me. There’s something really beautiful about how people in the past imagined what their future would be. Maybe I’d like to live in that idealized future…

Explaining the scope and beauty of citypop is something I’m trying to do on my show Fridays from 10pm to 12am. But if you want answers to get a taste of just how much I love this genre, please watch this video by Michael Saba. He puts it in words better than I ever could.