Why I Chose BU

When I became a COM Ambassador I was thrilled. I was so excited to give tours, mentor first years, and immerse myself into the College of Communications. After I had begun giving tours, I found myself looking forward to the end, not because the tour was ending but because it was the time in the tour where the CA’s talk about why they chose to go to BU. I loved hearing everyone’s stories and enjoyed telling my own. It was always the perfect ending to every tour. Now, seeing that this is my last blog post for COM Ambassadors, I felt it was only appropriate to share why I chose to go to Boston University, and why it’s going to be so incredibly hard to leave.

My story starts differently than most, mainly because I didn’t spend my freshman year of college at BU. I started my college experience at Ithaca College in Ithaca, New York. After my first semester I realized that it wasn’t the place for me, and I decided to start applying to schools as a transfer. Before anything, I googled the best schools for majoring in television and on every single list, Boston University was charting. I immediately applied to BU for Film and Television and screamed in the middle of a parking lot when I got accepted. I knew it was the place where I wanted to be. And now I can’t believe that I’ve begun my final semester.

The first time I visited BU was in May after I had finally said goodbye to Ithaca. After one minute on campus, I had fallen in love. The fact that BU could provide an urban environment but still have a college campus vibe, totally sold me. And above all, I loved everything about COM. I loved that it was a small school in a big university, providing every student with the best of both worlds. I loved that it wasn’t competitive but instead, collaborative. I loved the people, the faculty, and the opportunities. And I still do.

For the past two and a half years, Boston University has become a second home where I’ve made the best friends a girl could ask for, participated in some amazing clubs, and found new passions everyday. Now, I understand that this may be cheesy, but it wouldn’t be a real “Why I Chose BU” from me if I didn’t say it: COM may stand for Communications, but it also stands for Community. That’s what I’m taking away from my time at Boston University, and I hope that anyone who’s thinking about coming to BU, whether as a freshman or transfer, gets something out of that.

So, in short, thanks BU. See you on the flip side! 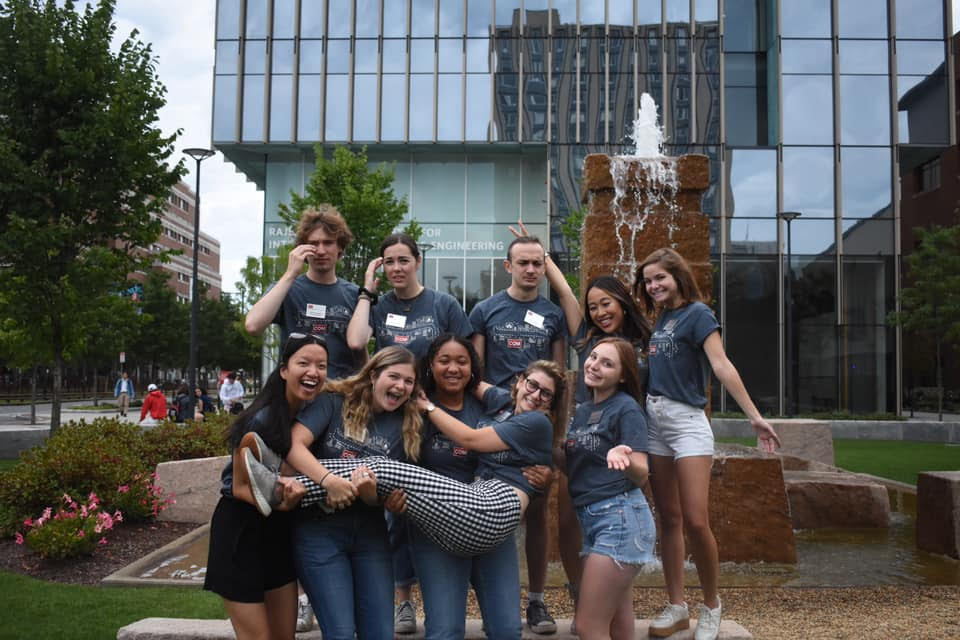