“You need to know how to defend your ideas with confidence, even if that means digging yourself into a hole.”

It was the first day of class senior year when the Media Money Trail course instructor, Professor Jodi Luber, established this objective for the semester. She encourages debate, even if you’re aware that you are wrong, for the sake of knowing how to argue. It’s an important skill for any professional in a creative field: how do you legitimize your ideas? If you’re pitching an idea and there is an unexpected question or criticism comes, you must know how to address it.

When you think about it, this is a pretty good skill for everyday life. When you have an opinion or theory, what can you do to defend it? Let’s take this example that is my personal favorite. Are you ready?

Yep. Believe it or not, I think that they are vampires. And I’m going to defend my opinion to you, readers. 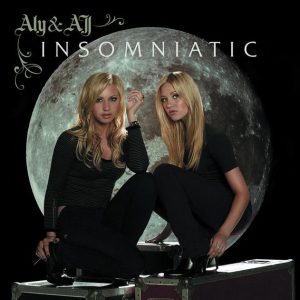 2. In 2015, Aly returned to the small screen via the CW series iZombie. The series centers around newly-minted zombie, Olivia, who uses her eating habits to absorb the memories of murder victims and solve their deaths. Creepy? A bit. Aly plays Peyton, Olivia’s (living) best friend. The connection is just uncanny. She’s in a show about dead people, but she isn’t dead? Seems like a diversion where she can point fingers elsewhere. 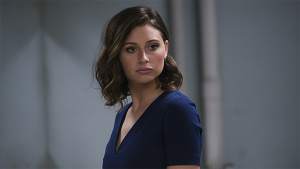 3. Recently, Aly & AJ have emerged from their slumber together. Their EP Ten Years reintroduces them to the music world with a rejuvenated sound. Yeah, I bop to it. It sounds nice, and I can definitely say, “We stan!” But think harder. What does “ten years” even mean? Ten years since what? Their deaths? Probably. Things get even spookier when you listen to their hit, “Take Me.” Check out these lines:

I know that you would want it

If I could sink my teeth into you

They are literally talking about biting somebody. Their music video also confirms the suspicion. Check out those sharpened teeth: 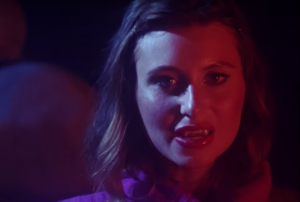 Taken from Vevo music video of “Take Me“.

4. This summer, my friend Jess and I had the pleasure (or doomed misfortune) of seeing Aly & AJ live at the Paradise Rock Club. It was a transformative experience. Great banter, great tunes, and lots of dancing. At one point, Aly commented on their tumultuous careers: “I feel like AJ and I have lived nine lives!” Honestly, Aly, maybe that’s because you have. 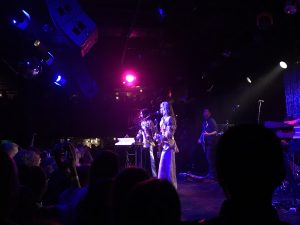 A poor quality photo of a high quality evening.

I feel as though I have some irrefutable evidence here. Try to come at me! Perhaps I have dug myself into a hole in the process of this post… but what kind of hole? Notice my obsession over Aly & AJ aligns closely with that of a vampire’s minion. I was within close proximity of these two goddesses. Maybe there is a small chance… just a tiny one… that they have turned me, too, and the hole in which I lie exists in your local cemetery. Watch out when you’re traversing Commonwealth Ave late at night, all alone…